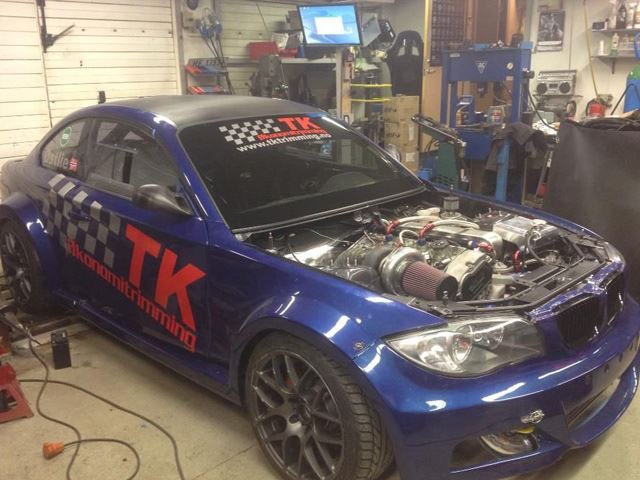 The BMW 1 Series may be the entry-level Beemer, however, it doesn’t mean it’s not open to some awesome aftermarket tweaks. A Swedish tuning company has just finished building perhaps the most outrageous version we’ve ever seen. 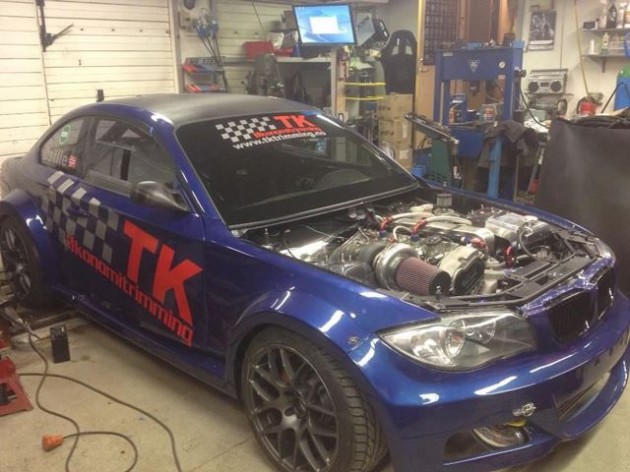 Starting with a conventional 2012 BMW 1 Series Coupe, the stock engine is pulled out and replaced with a 3.2-litre inline six-cylinder unit sourced from the previous-gen BMW M3. The engine, which produces 252kW in standard form, is not left to its own devices.

As you’ll see when looking at the engine bay, the engine is pressurised by a huge turbocharger. This, along with a large intercooler, forged pistons and conrods, a custom inlet manifold, and a new ECU setup, boosts power to a colossal 596kW (800hp). 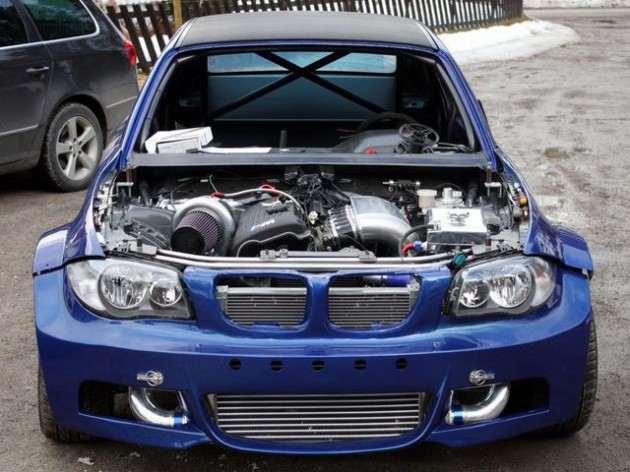 The car has obviously been set up for racing applications, with a stripped out interior, a full roll cage, and some substantial revisions underneath to cope with the mega power on board. For example, the front and rear subframes have been swapped for current-gen BMW M3 items, including the steering system and beefy rear differential.

Other tasty bits and pieces include M3 coilover suspension, K-sport brakes, and various lightweight panels such as a carbon fibre bonnet, roof, boot lid, and front guards, as well as fibreglass doors. Most of the interior has been customised to suit the overall theme of the build too.

Specific acceleration figures are unknown. It would be safe to say performance would be truly mind-blowing.