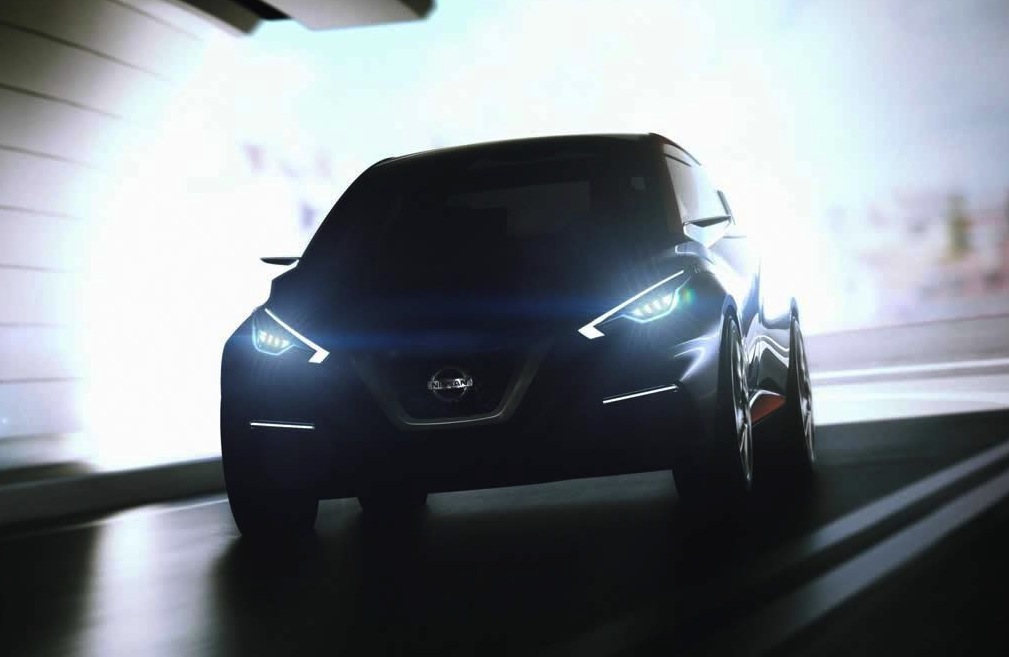 Nissan is planning to a unveil a new small hatch called the Sway concept at the upcoming Geneva Motor Show, giving us a potential preview of a Nissan Micra of the future. 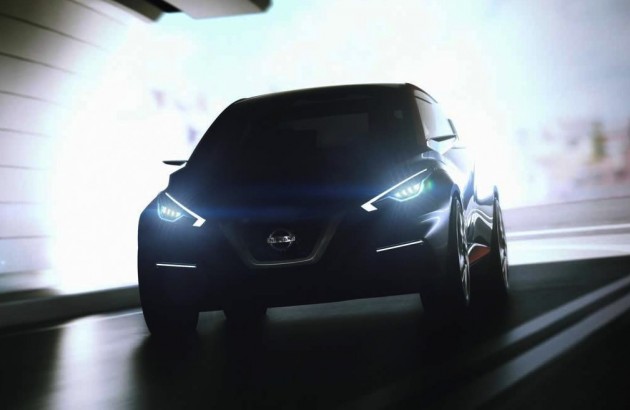 So far only this teaser image has been released, however, Nissan says the same thinking applied to the development of the popular QASHQAI and the JUKE has been used for the concept. Nissan says,

“Sway is a glimpse at how a future generation of small Nissan models could look if the company’s striking new design language was applied to a European hatchback.”

At the moment Nissan currently makes and sells two hatchback models, the Pulsar and the Micra. They come in various forms, including versions made for the Australian market and versions for overseas markets. The company also makes the sporty Pulsar SSS variant, which is equipped with a turbocharged engine.

In terms of the styling for the Sway concept, the teaser image reveals an aggressive front end with angular headlights and LEDs, with the company’s traditional pentagonal inverted grille in chrome. It looks quite muscular too, with a broad stance and big wheels.

All will be revealed at the Geneva show, starting on March 3. We’ll be sure to provide plenty of coverage of the big event.