Even though it has only just arrived in some markets, Lumma Design has come up with an upgrade package for the recently revealed 2013 Range Rover. Preview images of the upgrade show off a more chunky and aggressive version of the luxury SUV. 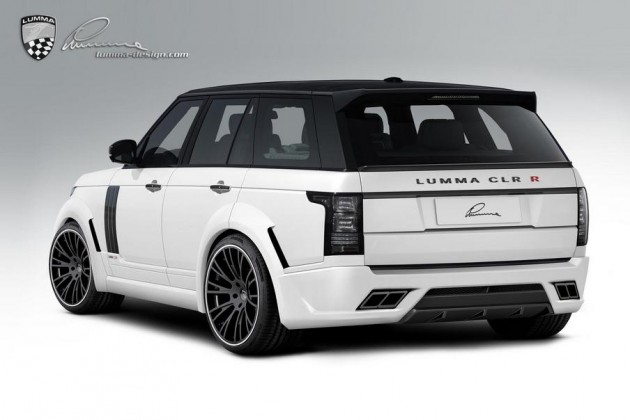 Lumma Design is known for its various body styling enhancements made for a range of European vehicles. With the Range Rover, the kit includes a ‘CLR R’ bodykit with deeper front and rear bumper bars, sporty vents in the front corners, and a neatly finished off rear end with quad exhaust outlets.

A set of side skirts and an array of black highlighted trimmings complete the picture. These trimmings also match a set of black 22-inch CLR 22 Mono alloy wheels (white are also available), which sit nicely in the guards thanks to a Lumma lowered suspension system. 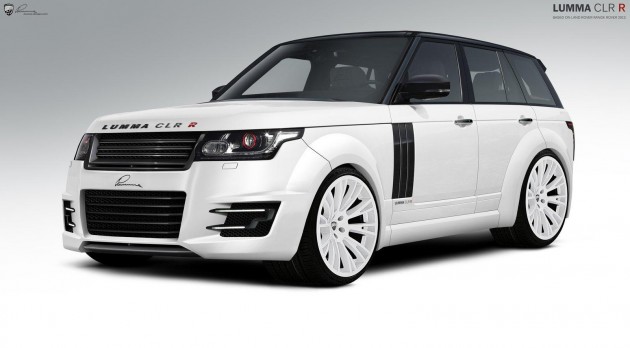 It all looks very aggressive on the outside, so Lumma couldn’t leave the under-bonnet hardware to its own devices. Tuning options are available for the 5.0-litre supercharged V8, boosting power to a mega 403kW, or, if you find you’re always in a hurry, a 418kW package is also available.

The 2013 model will arrive in Australia in January.