Lotus has just finished its first rally and initial testing of the new Lotus Exige R-GT, debuting at the 2012 Geko Ypres Rally in Belgium. The new car demonstrates the company’s plans to expand into various forms of motorsport. 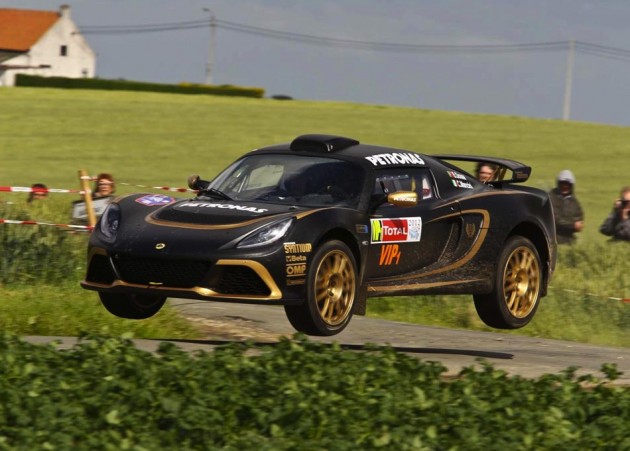 Development of the awesome Lotus Exige R-GT is still continuing, with the company only having around 1000km of testing under its belt. The recent Geko Ypres Rally gave Lotus a chance to test setups and various mechanical elements of the car in real-world rally conditions; the Geko Ypres Rally is regarded as one of the toughest tarmac rallies in the world.

Lotus R-GT driver Bernardo Sousa drove the car during the 18 stages of the rally. He will also pilot the Exige in the FIA European Rally Championship later this year, as well as the Intercontinental Rally Challenge. Sousa said,

“Here in Ypres progress has been steady and significant. The great potential of the Exige R-GT is emerging day after day.

“In this phase the team and I are trying to achieve the highest reliability and are only relatively interested in the stage times, even if I must say that the car is proving to be faster every day.” 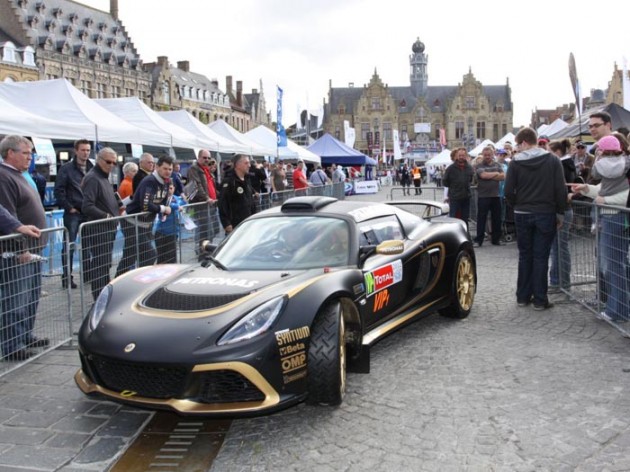 The Lotus Exige R-GT is powered by the same 3.5-litre V6 Toyota engine as the production model, producing 225kW of power. The racing version is fitted with a 34mm restricted intake to remain inside FIA rules. It also features various lightweight highlights (kerb weight 1200kg), such as Lexan windows, as well as a roof scoop, and a full roll cage.

Lotus will be showcasing the car at this weekend’s Goodwood Festival of Speed, before undergoing further testing in mid-July. This is an exciting time for Lotus, and Lotus fans, as this is the first time the company has competed in rally at a high level since 1981.