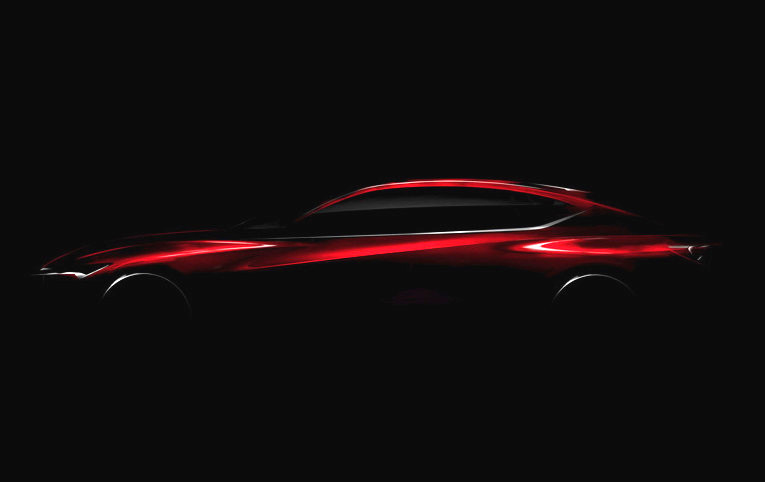 Acura is planning to unveil a new concept car at the North American Auto Show next month, called the Precision. It’s set to preview the brand’s future design direction. 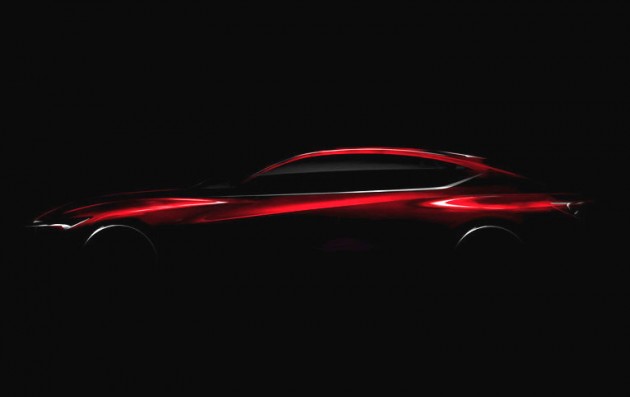 So far only a typical silhouette teaser image has been released by the Honda-owned brand, showing a dark view of a sleek sedan/four-door coupe. It was penned by the Acura Design Studio in California.

As you can see, the car features a swooping roofline that elegantly droops down toward the back, blending into the C-pillars and boot line. There’s also nicely bolstered rear haunches and a very low profile glasshouse area.

We can probably expect plenty of advanced technologies inside the Precision concept, as well as driver-focused features that help to provide the ‘precision’ theme. Speaking about the new car, Dave Marek, Acura Global creative director, said:

“It is our intention to more strongly express performance through design and the Acura Precision Concept will serve as the inspiration for the styling and proportion of the next-generation of Acura vehicles, especially for our sedans.”

In terms of production, it doesn’t seem like the Precision will ever be offered in the showroom as is. However, Acura and Honda’s future sedan and coupe models are expected to be inspired by the design of this. All will be revealed at the big event, starting January 12.