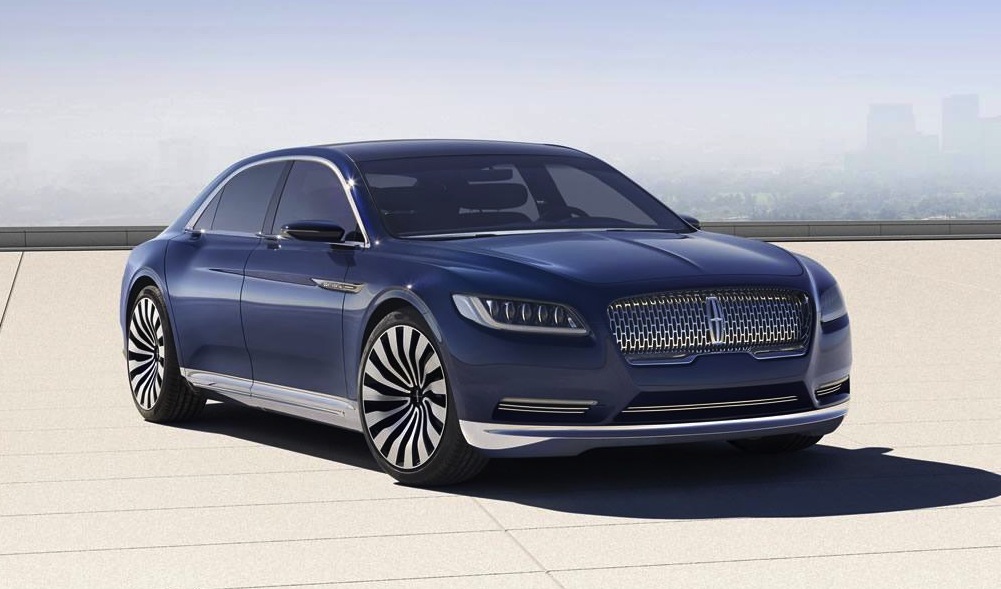 The Lincoln Continental is back. Well, at least in concept form for now. Ford’s premium brand has revealed this little beauty before its New York show debut, previewing an all-new model coming next year. 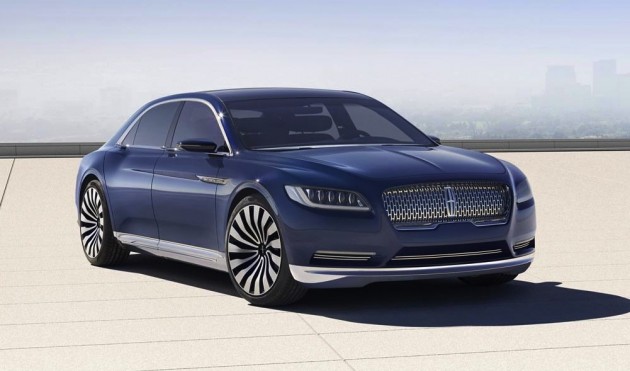 As you can see, the concept is a grand limousine featuring plenty of modern design cues. From the LED matrix headlights with laser high-beams, ‘E-Latch’ door handles that submerge into the body, and SPD SmartGlass tinting for the sunroof, this is one extravagant machine.

The exterior also wears plenty of chrome in tribute to the original, with splashes of polished aluminium for the Lincoln Star emblems. Mark Fields, Ford Motor Company president and CEO, said,

“Luxury at its best is about simplifying and quietly exceeding expectations, rather than being the loudest statement on the road. The Continental Concept showcases the promise of quiet luxury from Lincoln going forward. It also is a strong indication of what’s to come next year as we introduce our new Lincoln Continental full-size luxury sedan.”

Inside, the upholstery is stitched together with Venetian leather and Alcantara, satin headliner, and shearling wool carpets. There’s also Rose Gold trimmings for the instrument cluster. To help set the mood, Lincoln has fit some soft gold LED ambient lights.

Under the bonnet the Continental Concept is powered by a 3.0-litre EcoBoost V6 engine. Specific outputs haven’t been mentioned, however, the driver does get to enjoy adaptive steering and Drive Control suspension modes. 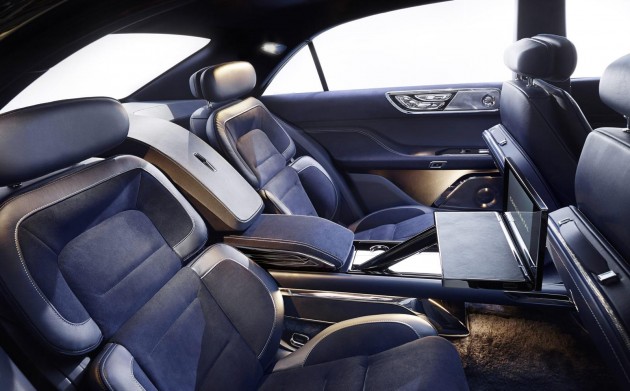 The concept gives us a preview of what the new Continental production car will look like. It’s set to hit the market later next year. Let’s hope it looks as imposing and as dramatic as this machine.