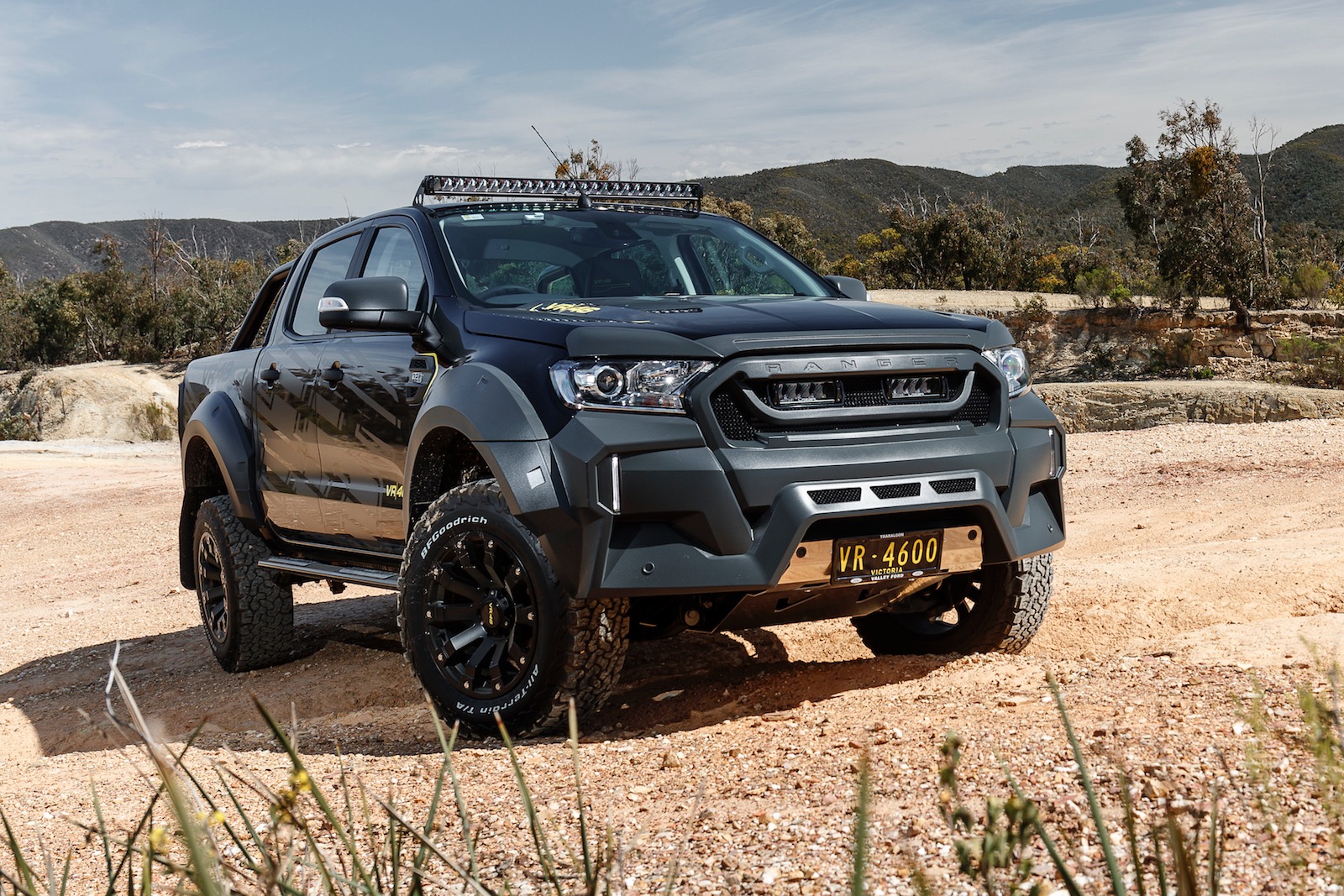 Ford aftermarket and motorsport specialist MS-RT has announced a comprehensive limited edition upgrade kit for the Ford Ranger called the VR-46 – approved by Valentino Rossi. The package includes everything from body modifications to suspension upgrades, and even a bespoke interior. 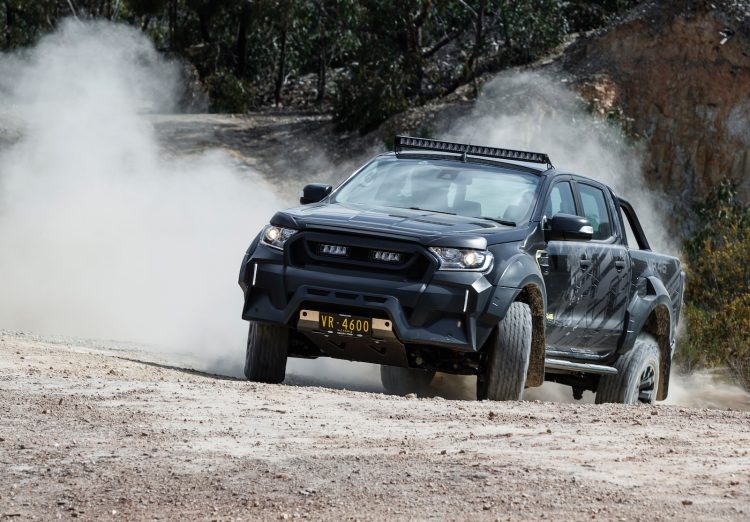 The Ford Ranger is arguably the toughest-looking dual-cab ute in the class in production form. However, MS-RT proves it can be made to look even more menacing. And most of the exterior enhancements you see here are proper functional items that actually help with off-road performance.

Starting at the front, MS-RT has neatly wedged in two LED Lazer hight-beam light bars into the grille. These lights are supplied by the same company that lights up M-Sport World Rally vehicles. An extensive Lazer Triple R LED light bar is attached to the roof as well for ultimate night vision.

You might notice the front bumper bar itself isn’t the standard item from Ford. That’s because it is actually part of a bodykit by renowned kit producer Carlex Design. It’s featured in ‘scratch-resistant’ black plastic and makes room for a heavy-duty MS-RT alloy bash plate underneath. A matching Carlex Design bumper bar is added to the back. 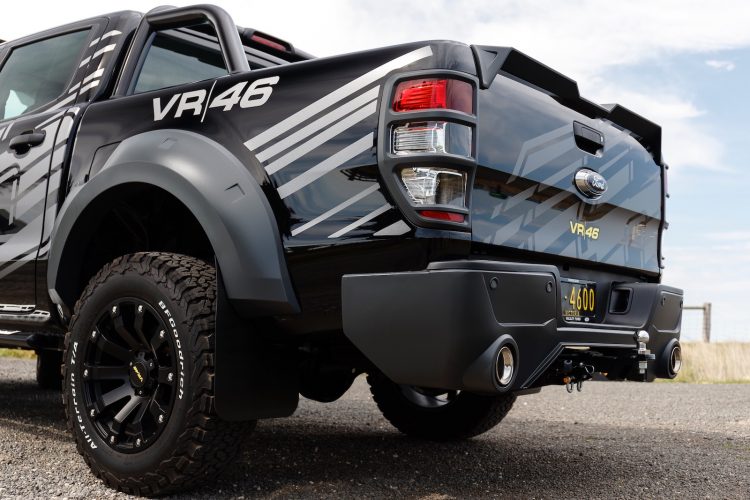 Other highlights include a custom suspension kit that raises the ride height by 50mm thanks to Pedders dampers and springs, tuned by MS-RT. There’s also a twin-outlet MS-RT sports exhaust system, and an eLock differential locker for the rear axle. No major changes are made to the standard Ford engine under the bonnet.

As for the interior, MS-RT puts together exclusive Nappa leather for the seats complete with VR logos, an MS-RT leather centre arm rest and door trims, and an MS-RT thick-grip flat-bottom steering wheel for the driver. Adaptive cruise control with forward collision warning, front and rear parking sensors, and a rear-view camera via the Ford SYNC 3 infotainment system is also standard.

MS-RT says the complete kit is ADR-approved and road legal, and available for all dual-cab variants regardless of the engine. Prices start from AU$26,950, excluding the cost of a Ford Ranger. Head over to the MS-RT website for more info.