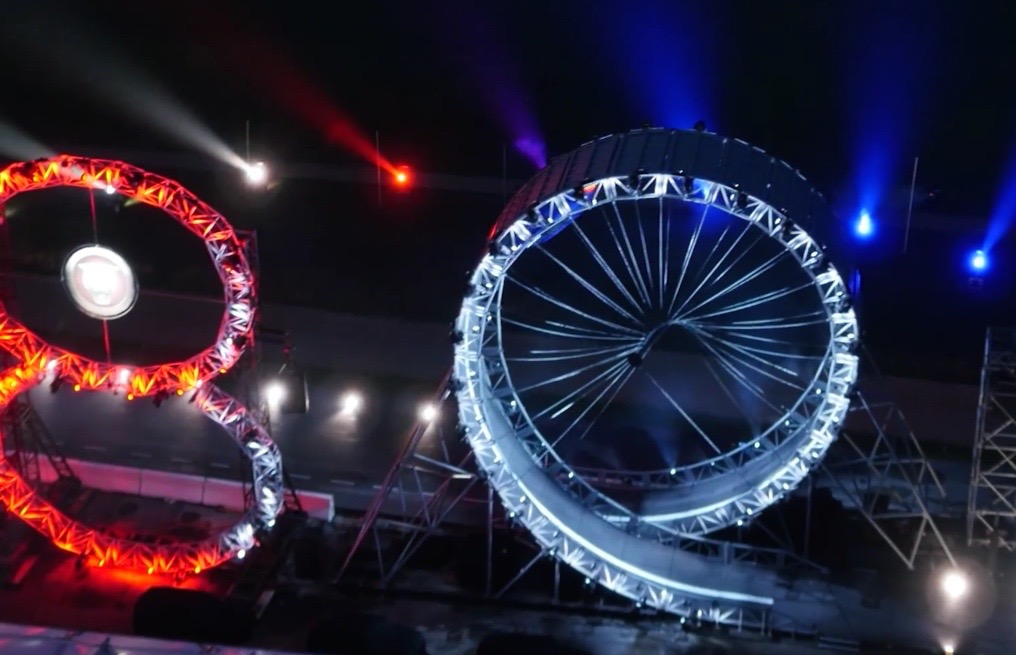 Jaguar wanted to celebrate the unveiling of the new F-PACE properly at the Frankfurt show, so it devised a record-breaking loop-the-loop in which an F-Pace successfully completed.

The new F-PACE is Jaguar’s first-ever SUV. And to make sure it retains its sports car image, the company decided to show the SUV’s road-holding capability in a daring stunt.

A special 19-metre structure was created just for the stunt, while the team worked for months beforehand to calculate the process of it all. The F-PACE reached around 6.5 g-force during the loop, and obviously the driver, Terry Grant, had to prepare and train for the unusual driving experience.

This set the Guinness World Record for the highest successful loop-the-loop drive. Click play below to check it out. It was done with a ‘First Edition’ variant, featuring the 280kW 3.0-litre supercharged V6 engine.