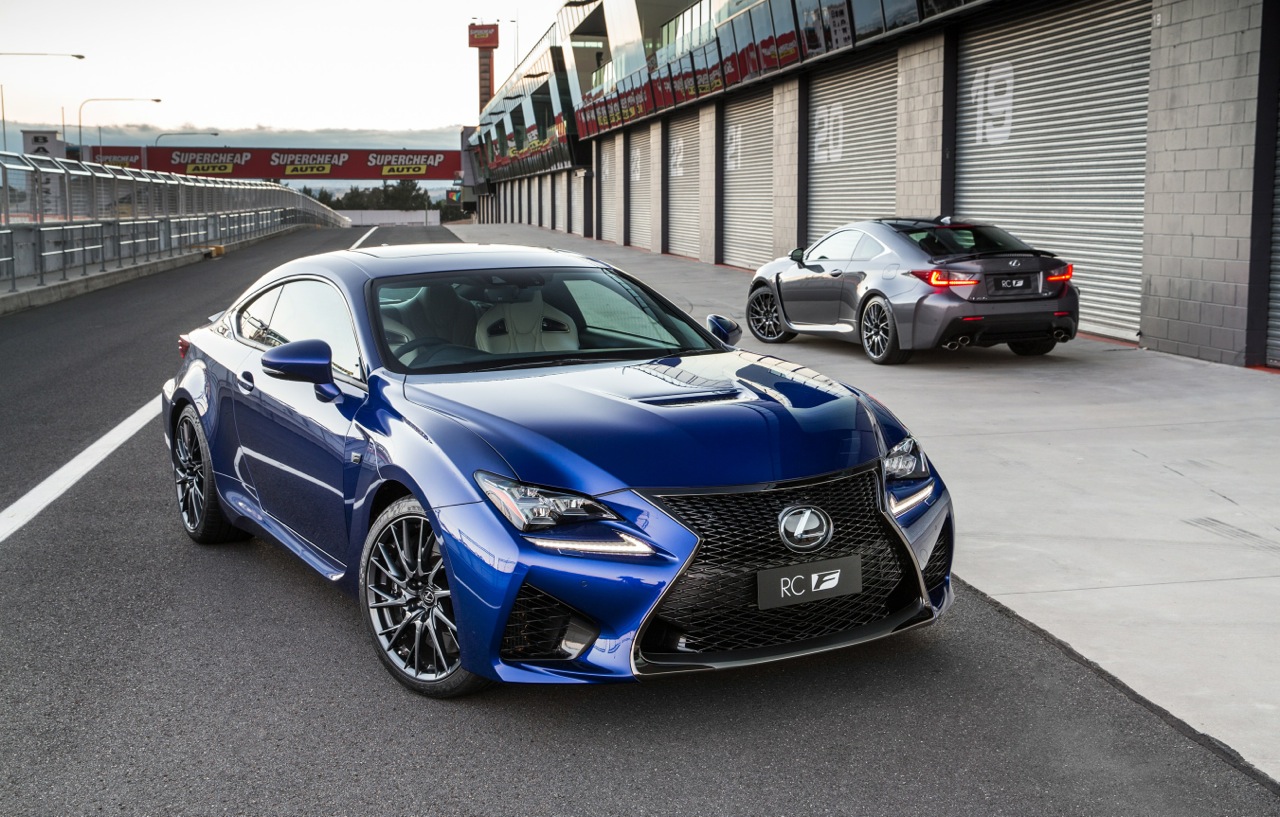 The mighty Lexus RC F has officially been launched in Australia, extending on the company’s focus to cater for performance enthusiasts. 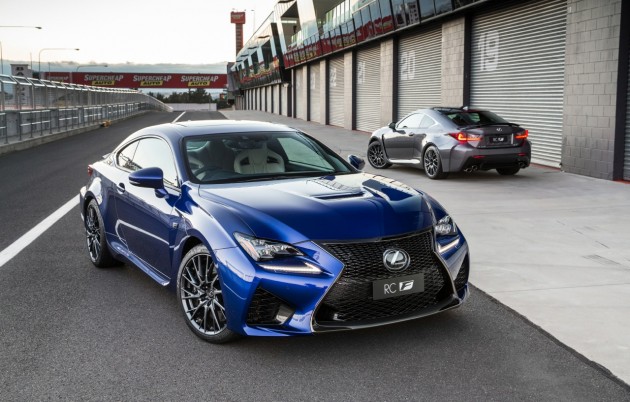 Based on the new RC coupe, which is a unique two-door model built from the ground up, the RC F is garnished with typical ‘F’ performance elements and re-engineered underneath to serve up serious levels of handling, acceleration, and braking ability.

Under the bonnet sits a freshly developed 5.0-litre naturally aspirated V8 engine producing 351kW of power and 530Nm of torque. It’s based on the V8 that’s featured in the IS F sedan, and it has been retuned for more power, efficiency, and more torque.

From the engine, force is sent through an eight-speed sports automatic transmission with paddle shifters, and into a solid rear-wheel drive system with a limited-slip differential with torque vectoring control. Acceleration from 0-100km/h takes just 4.5 seconds. Sean Hanley, Lexus Australia chief executive, said,

“The RC F is now the performance and image flagship of Lexus, and its development at the Fuji and Nurburgring circuits means that it is more than capable at the track, in the hands of both experienced and novice drivers. RC F has a lot of depth to its talents – it’s a vehicle that is very comfortable to drive in traffic or interstate, in complete luxury”

Standard features for the Australian-spec version include a 17-speaker Mark Levison stereo with a multifunction LCD interface, heated and cooled front seats, a moonroof, blind-spot monitoring and cross-traffic alert, and a unique leather interior with sports seats and various ‘F’ badges.

Buyers can go for the optional Carbon package which brings Alcantara seats and various carbon fibre trimmings for a unique look and feel. Prices start at $133,500 for the regular version, and $147,500 for the Carbon version (excluding on-road costs).