Production of the awesome and spectacular Lexus LFA supercar has come to an end. The company announced earlier today that the final 500 of 500 originally planned has rolled out from the factory. 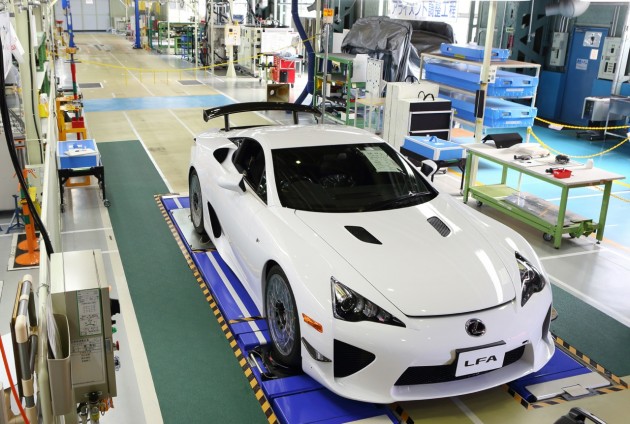 Lexus begun its epic journey in creating the LFA way back before 2008. Each component has been engineered to the utmost level in automotive technologies, manufacturing processes and materials, and of course sheer naturally aspirated horsepower.

Just 500 were planned for production, with around 20 being made per month since December 2010. Two years later, all have been accounted for, including the 11 that were destined for Australia. 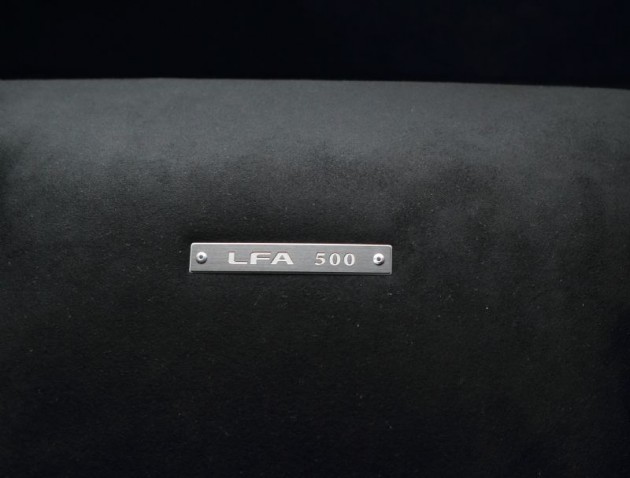 To refresh your memory, the Lexus LFA comes with a screaming 4.8-litre V10 engine producing 412kW of power and 480Nm of torque. All that is sent to the rear wheels via a six-speed sequential transmission. It can dash from 0-100km/h in just 3.7 seconds, with a top speed of 325km/h.

The complete Lexus supercar building exercise has allowed engineers to gain vast knowledge and experience, particularly in implimenting the use of carbon fibre in vehicle construction. The knowledge and expertise gained will in turn eventually trickle down to more mainstream Toyota and Lexus vehicles in the future. Lexus recently said,

“Future Lexus vehicles will reflect the technological skills gained during the development and production of the LFA – particularly the manufacturing know-how for carbon fibre-reinforced plastic parts – as well as the car design philosophy for exhilarating and stimulating driving performance.”

Who knows, maybe one day down the track we’ll see a super-lightweight Toyota 86 of sorts sporting lots of carbon fibre in its construction? Now that would be a superb drive.

For now, the LFA will be remembered as one of the greatest supercars ever made, especially taking in the fact it comes from a company that has never done a supercar ever before.