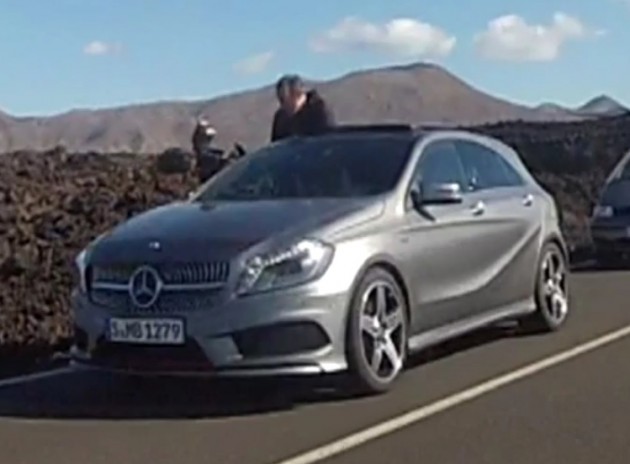 Its two yet-to-be rivals crank out 250kW; the BMW 1 Series M Coupe, with its 3.0-litre turbocharged inline six, and the Audi RS 3, with its turbocharged five-cylinder engine.

For Mercedes-Benz to remain competitive in the big three German powerhouse wars, the new A25 AMG will have to produce similar output. According to an Autocar report in the UK, High Performance Engine (HPE) will be developing the 2.0-litre turbo engine for the A25.

Ola Kallenius, AMG boss and former boss of HPE, has apparently set the target figure for HPE of at least 250kW, and wants the new car to outperform the BMW and RS 3 in terms of power and performance. The engine will use direct injection technology while power is likely to be sent to all four wheels.

The 2012 Mercedes-Benz A25 AMG is expected to be unveiled at the Paris Motor Show in September.

In similar news, the Autocar‘s source also revealed the new engine will power the upcoming Mercedes-Benz CLC and CLC Shooting Brake AMG versions. The CLC will be a miniature version of the popular CLS four-door coupe, offering the same layout on a C-Class platform.