Not that the elegant new 6 Series convertible needs tuning, welcome to the Lumma Design BMW CLR 600 GT. It’s based on the latest 650i, featuring a boosted engine and restyled interior and exterior. 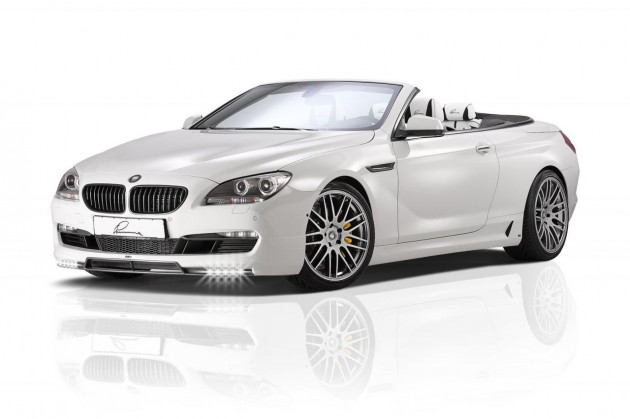 The German tuning company hasn’t been specific on what modifications have been made to increase the power, however, being a turbocharged engine our guess is the boost has been turned up slightly, along with a retuned ECU, bigger bore exhaust, and intake system.

To set the Lumma Design BMW CLR 600 GT apart from its factory counterpart, Lumma Design also developed its own neat bodykit. It comprises of discreet extensions to the front and rear bumper bars, a front lip spoiler, a rear diffuser, and matching side skirts.

The exterior also gets LED daytime running lights, and a set of GTB-Monoblock 20-inch alloy wheels, measuring nine inches in width on the front, and 10 inches on the rear.