Lexus has revealed a teaser image of a new concept it will unveil at the 2012 North American International Auto Show in Detroit next month. The image previews a sharp new design direction for Lexus. 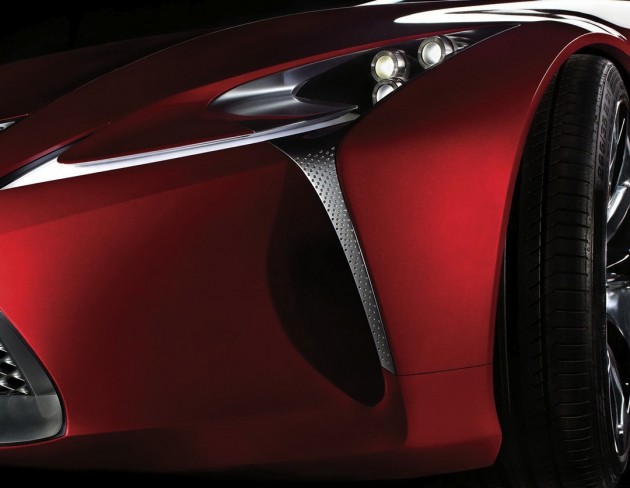 Showing only the front corner of the concept, Lexus seems to be going for a much more sporty and aggressive design language. The teaser features a grey carbon fibre-like lining on the edge, as well as drawn back and recessed headlights surrounded by a similar dark grey background.

The front bumper bar kind of looks like it borrows styling cues from the Lexus LFA, with a sharp and high ‘cheek bone’ including vertical intakes on the sides, and a large grey mesh intake in the centre. The image also previews large new modern alloy wheels, coated in a shade of grey.

Lexus has said that this concept will preview a new styling direction for upcoming Lexus vehicles – which could be pretty exciting. We can’t help but wonder what this concept is though. At first we thought it could be a Lexus LFA spyder, until closer inspection. What do you think it is?