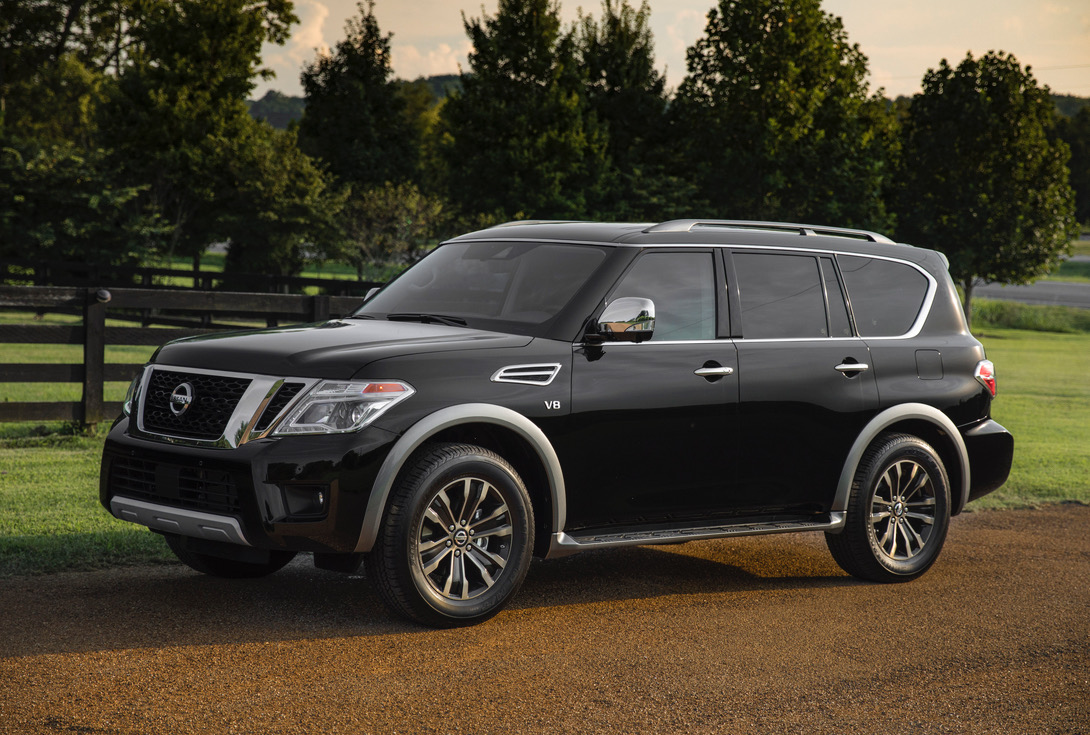 The Nissan Patrol Y62 has been updated for MY2018 in the US, where it’s called the Armada, bringing in some major technology firsts and updated connectivity inside. 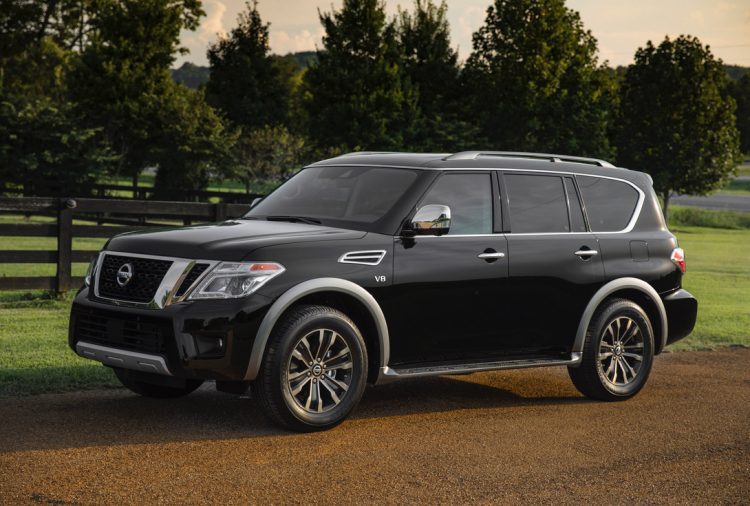 Starting with the exterior, it carries over from the current version. You may notice the wheel arches extensions, which aren’t offered on the Australian-spec model, and there’s revised front and rear bumper bars and unique alloy wheels.

The biggest news is the introduction of Nissan’s first Intelligent Rear View Camera (I-RVC) technology. This is standard on the top Platinum variant and allows the driver to switch to a rear view via a high-res camera mounted at the top of the tailgate, if, for example, the cargo area is full and obstructing the mirror view. The driver can switch between regular mirror or the camera view thanks to a special LCD screen in the mirror. 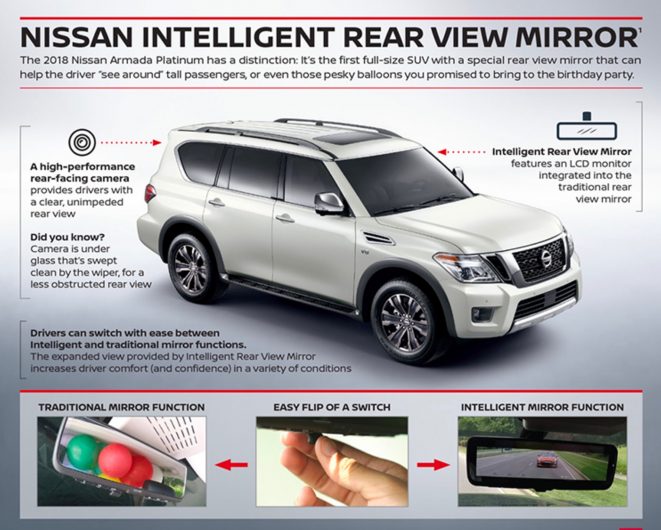 Also new for the MY2018 Armada is NissanConnect Services, which is powered by SiriusXM. This is accessed via the 8.0-inch touch-screen interface that offers HD radio, Travel Link, and hands-free text messaging. Additional USB have also been added in, and buyers can option between seven seats with two captain chairs in the second row, or eight-seat configuration.

All variants continue with the beaut 5.6-litre naturally aspirated V8 engine that produces 298kW and 560Nm. This is connected up to a seven-speed automatic transmission. In the US buyers have the option of rear-wheel drive and four-wheel drive, unlike Australia getting constant four-wheel drive only.

In Australia the Y61 Patrol was discontinued earlier this year as it doesn’t meet Euro 5 emissions standards, now in effect in this country. The V8 Y62 Patrol passes Euro 5, however, from July 2018 all new passenger cars will have to meet Euro 6 standards.

Prices in the US start from the following: