BMW Australia has announced the new ‘F30’ 3 Series M Sport package is now available from showrooms, on most 3 Series variants, from the 320i to the top-line 335i. 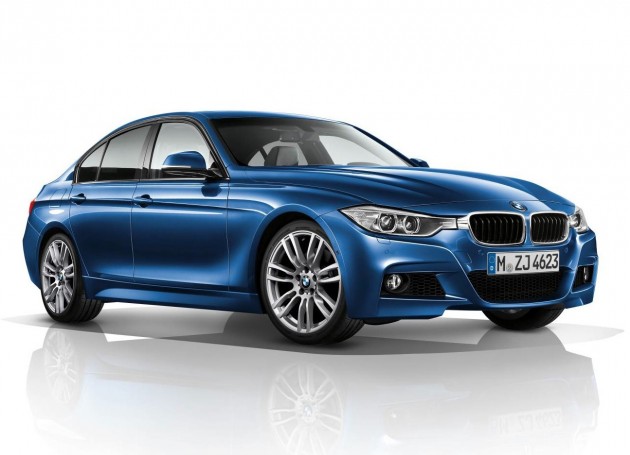 The exterior also gets Shadow Line darkened trimmings, and a new eight-bar front grille to separate the pack from the rest of the 3 Series variants. 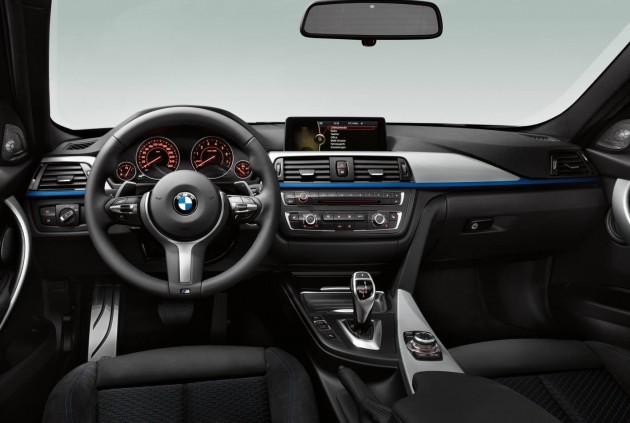 Inside, passengers are treated to sports seats, Dakota leather, Anthracite roofliner, aluminium with Estoril Blue or Black high-gloss highlights, while the driver gets a sports steering wheel and an M Sport instrument cluster.

As a further option, the M Sport pack can also be had with a boosted brake package with M brakes, while M Sport Adaptive suspension with various settings is available at a lower cost than what is usually offered with non-M-Sport-equipped models. The traditional ‘Estoril Blue’ exterior colour is also on offer.

The M Sport is anticipated to be a popular choice amongst new 3 Series buyers. BMW Group Australia managing director, Phil Horton, recently said about the pack,

“With more than a quarter of all previous generation 3 Series sold in Australia being optioned with the M Sport Package it is clear that our customers place a premium on performance and sportiness.

“The 3 Series has always had the sporting edge in this class and the new M-Sport package epitomises that character.”

Prices for the 2012 BMW 3 Series M Sport package are as follows: