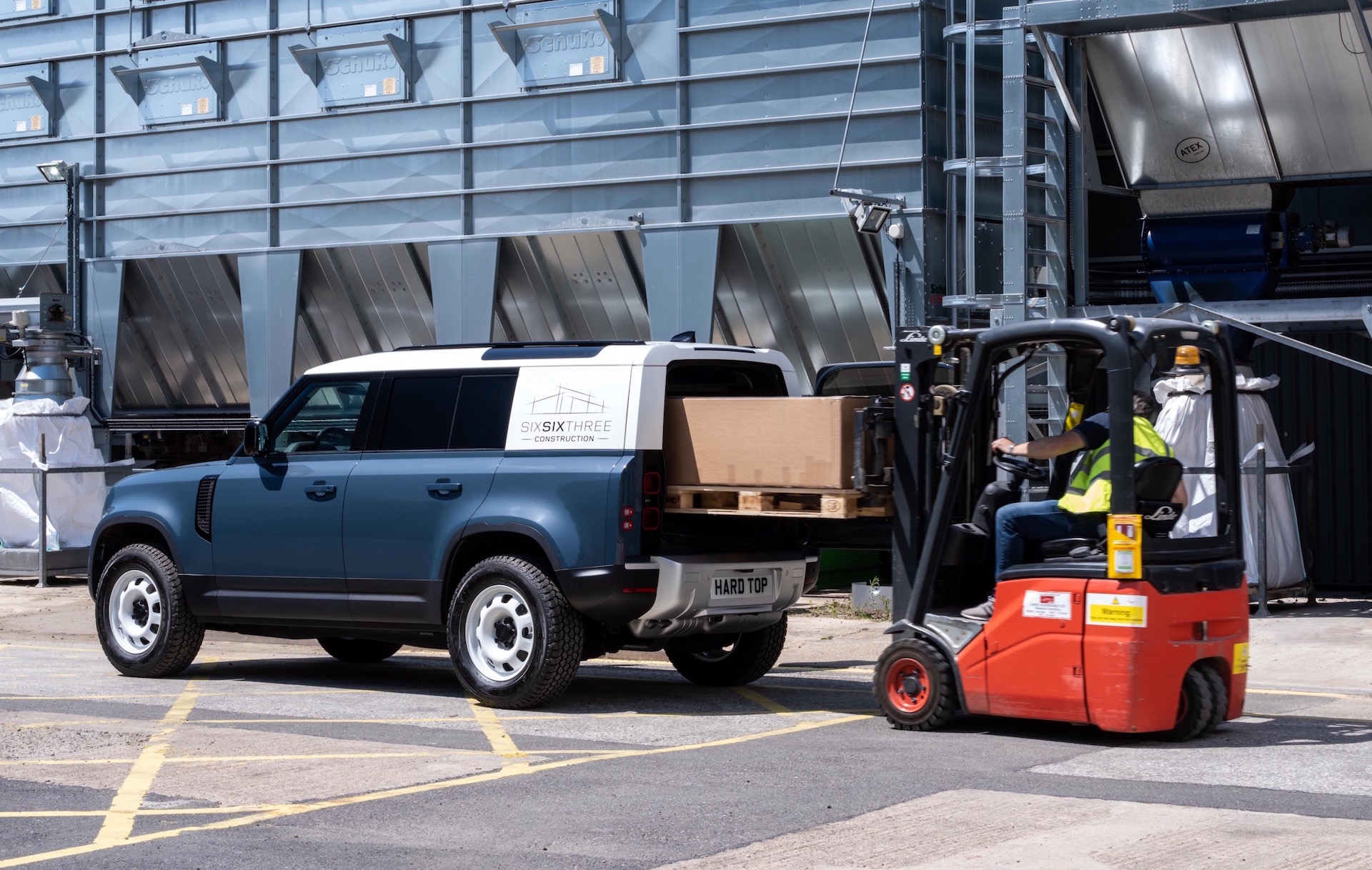 Land Rover has revived a classic model formula by reinventing the Land Rover Defender Hard Top. It’s designed as a commercial version of the new off-roader, and it’s being launched in 90 and 110 body sizes. 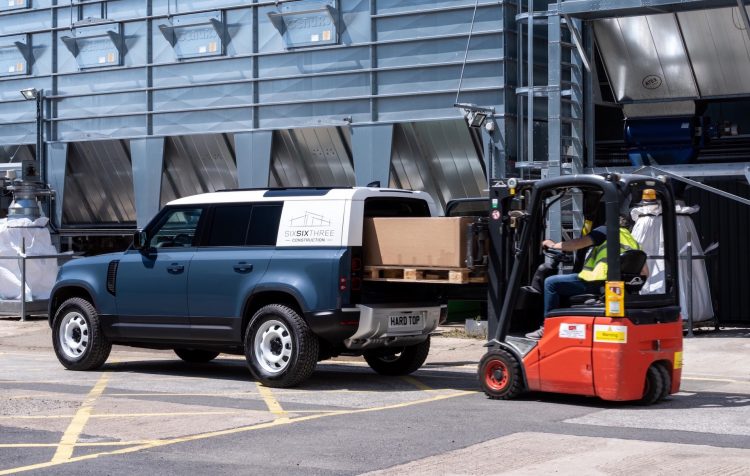 In 90 (short wheelbase) form the Hard Top uses an independent coil spring suspension setup while the 110 will be available with electronic air suspension. Both arrangements are designed to provide excellent off-road geometry, with an impressive ground clearance of 291mm. The 110 version offers an approach angle of 38 degrees and a departure angle of 40 degrees when in off-road height setting.

So, what’s so ‘commercial’ about the Hard Top? Well, the towing capacity is rated at up to 3500kg. This makes it idea for workers towing heavy loads to the job site. However, the biggest change is found inside (unfortunately no photos have been provided). 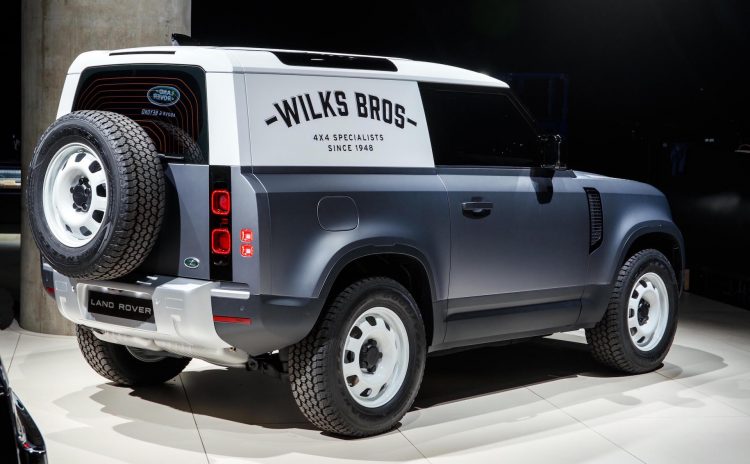 Both the second and third row of seats are completely removed. In their place is a large flat loading bed. The rear-most side windows are also panelled over, providing a good opportunity for business branding. Land Rover hasn’t provided the cargo space dimensions or volume as yet.

Even though the rear seats are removed Land Rover will be offering a middle seat option for the front row. The “jump seat” means the Hard Top can accommodate up to three people if needed. Land Rover’s innovative ClearSight Rear View mirror system is included in the Hard Top. Essentially, the rear-view mirror receives a camera feed from the rear of the vehicle, giving the driver visibility even if the middle seat is occupied or if the load area is full.

Like the rest of the new Defender range the Hard Top is built on the company’s latest D7x aluminium-intensive platform. Land Rover says this layout is three times stiffer than most body-on-frame designs. It includes the latest technologies and safety systems, while also ensuring a dynamic drive.

The Land Rover Defender 90 and 110 Hard Top will go on sale in the UK later this year. More specs and details will be revealed closer to launch. Land Rover Australia says the Hard Top is currently under evaluation for the local market.