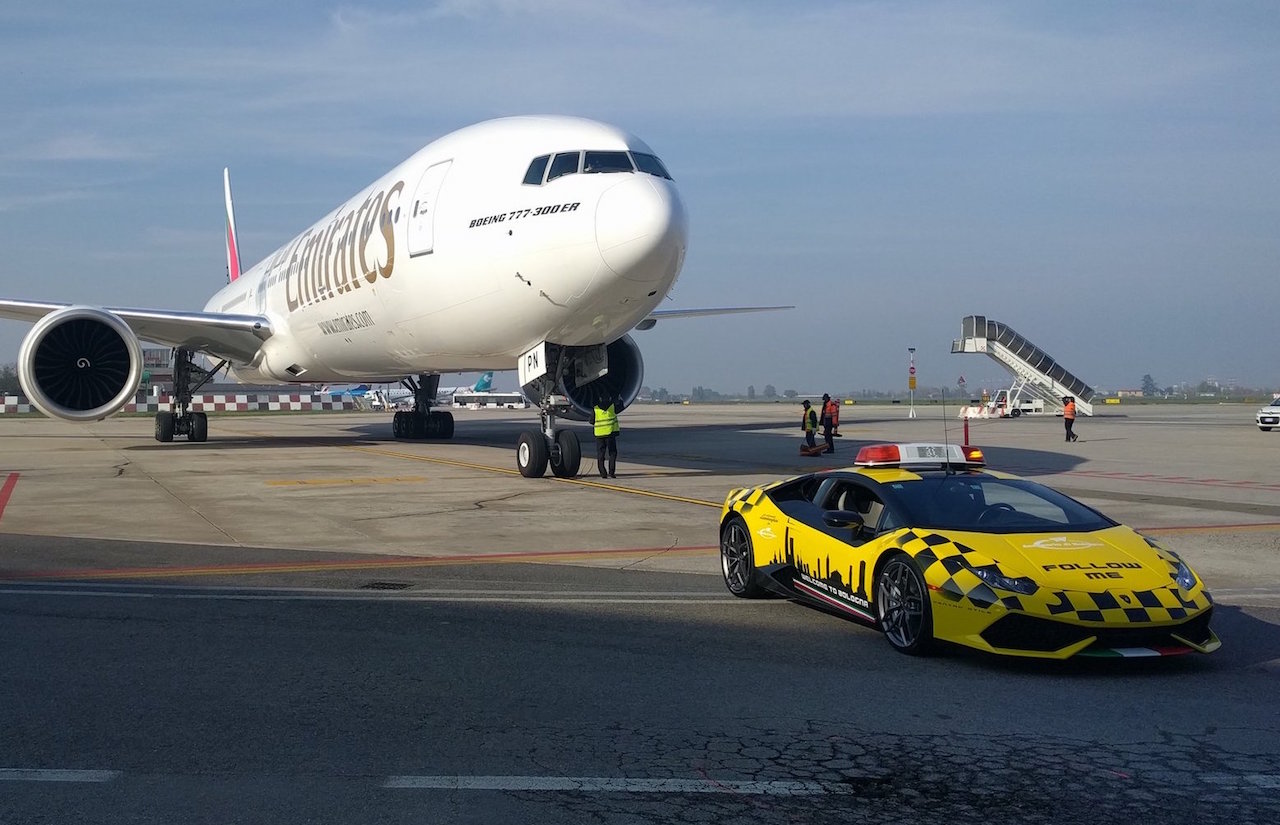 Bologna airport is the latest recipient of a Lamborghini Huracan which is set to be used as a ‘follow me’ car for commercial aircraft at the busy airport. 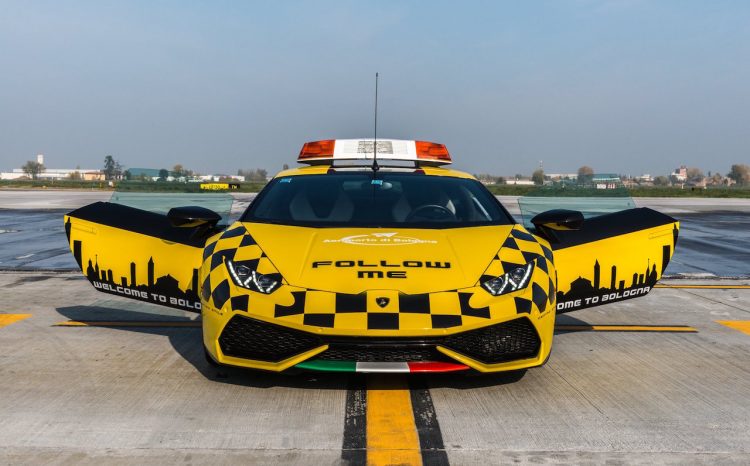 The loan to Bologna Guglielmo Marconi airport comes from Lamborghini’s Centro Stile design house, just a 30-minute drive away. The Huracan will be on loan to the airport until January. It features a one-of-a-kind yellow paint finish with ‘Follow Me’ chequered livery, light bar atop the roof and Italian flag across the front splitter.

Images of the special supercar were posted up on Twitter, including on Lamborghini’s official Twitter page. Bologna airport lays at the heart of what has been billed Italy’s “motor valley”, due to the fact that Lamborghini, Ferrari and Pagani have headquarters nearby.

At this stage it is unsure whether the Huracan in question is the RWD or AWD variant, but it does seem fairly irrelevant considering the Huracan will have few chances to really stretch its legs; its duties as a ‘follow me’ vehicle for aircraft taxiing between the terminal and landing/take off strip.

The Huracan is Lamborghini’s second donation to the airport, following the addition of an Aventador back in 2013. Lamborghini has in the past donated three Gallardos to the military police between 2004-2008, as well as a 2014 donation of a Huracan. 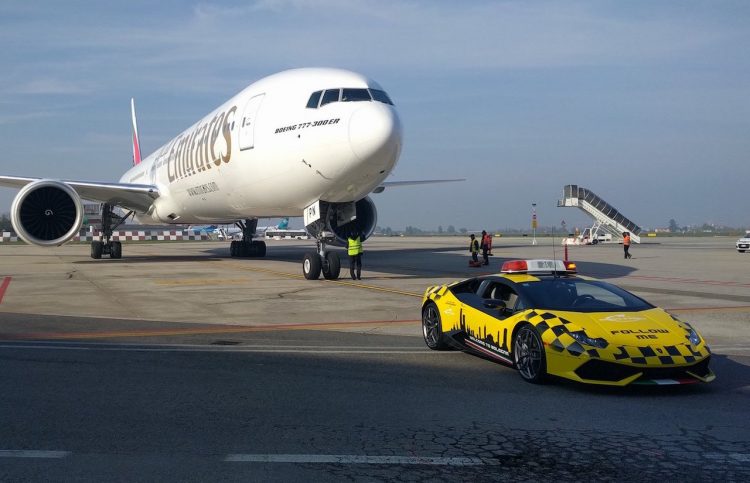