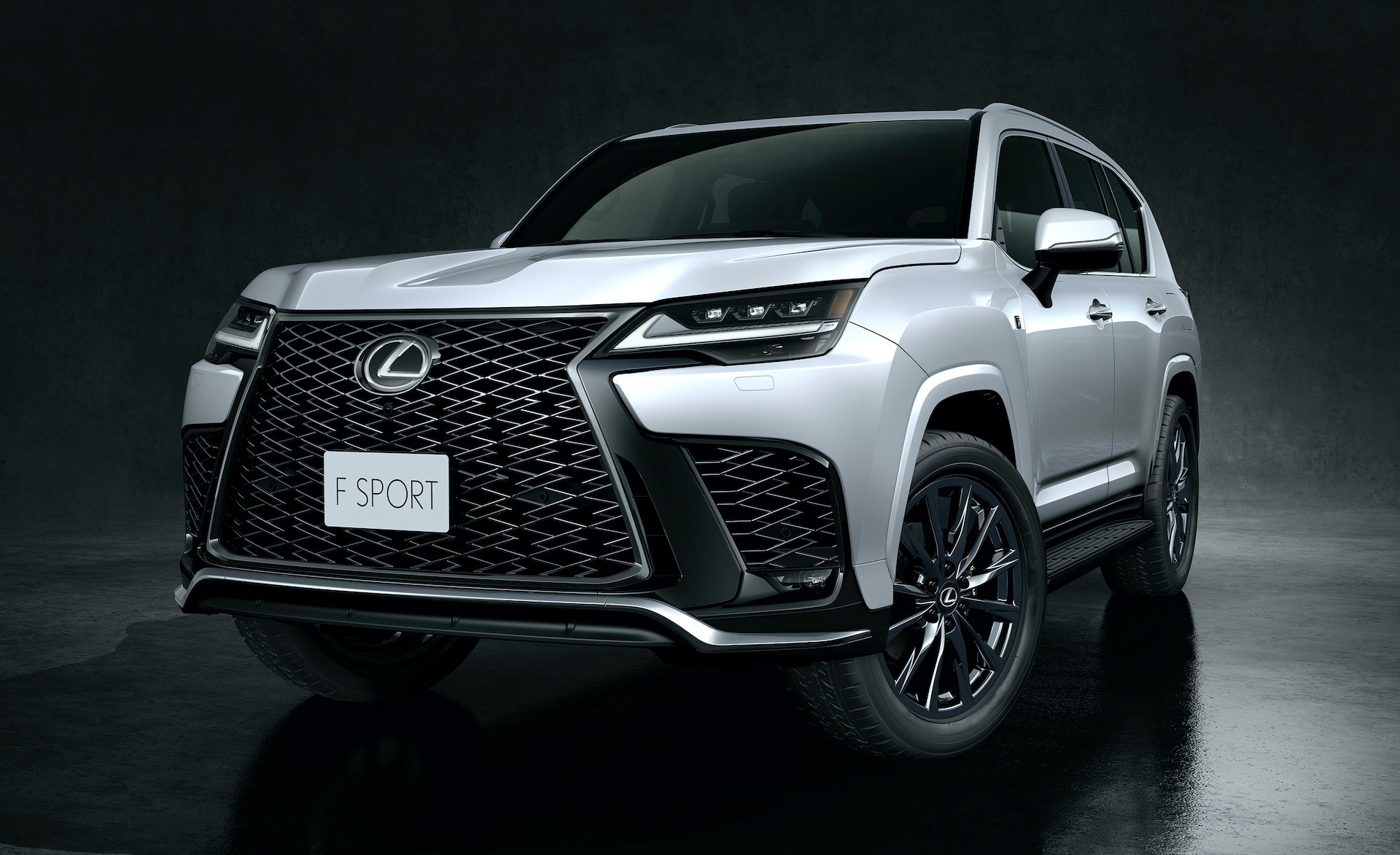 Lexus has taken the wraps off its all-new 2022 LX 600 and LX 500d flagship SUV, adding more luxurious features and technology, a new VIP trim level, and fresh powertrains. An Australian introduction has been confirmed for next year. 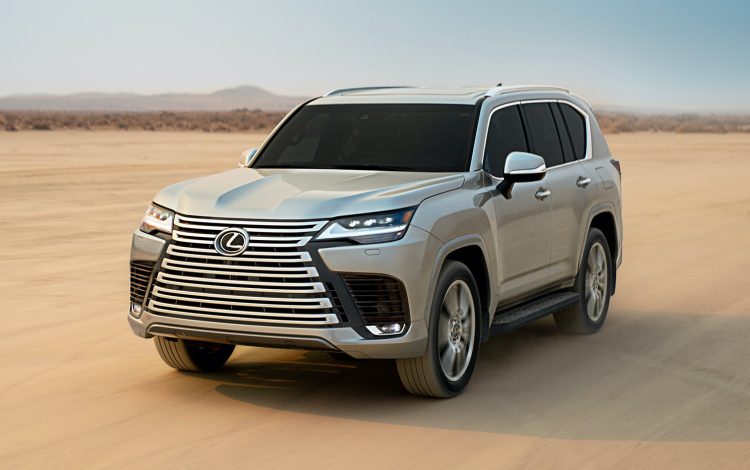 While Lexus is yet to confirm prices for the new model here in Australia, we do know that the company plans on taking the fight to its European rivals in terms of premium appointments with by far the most sophisticated LX we’ve seen yet. There’s even a new four-seat VIP spec.

Headline figures for the powertrain lineup include a base model LX 600 packing a twin-turbo 3.5-litre petrol V6 producing 305kW/650Nm, as well as a 227kW/700Nm output from a 3.3-litre twin-turbo diesel V6, wearing the badge LX 500d; both of which are matched to a 10-speed automatic transmission. 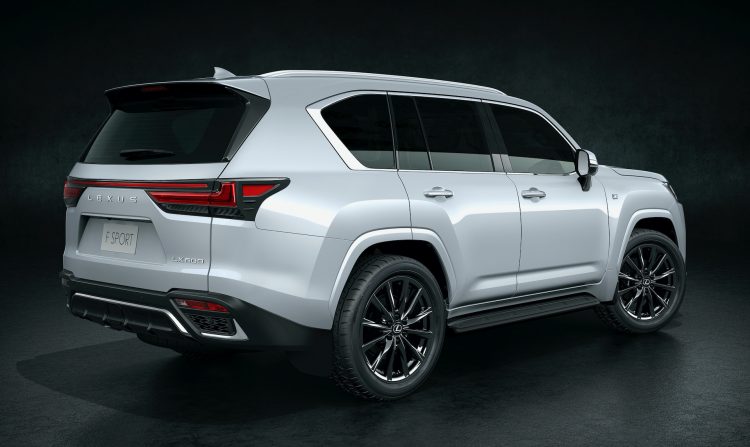 The power-to-weight ratio for the 2022 LX range has also increased, thanks to the new TNGA-F platform, also shared with the Toyota LandCruiser 300 Series. It has brought the weight figure down by 100kg, while maintaining its 2850mm wheelbase. It also offers a 20 per cent increase in body rigidity over the outgoing LX.

The front suspension receives a high-mounted double wishbone setup with coil springs, while the rear receives a trailing-link rigid axle with an active height control system with three different settings.

In terms of off-roading, the latest generation LX features front and rear locking differentials, and a multi-terrain select system. Lexus claims the SUV can climb angles of up to 45 degrees, while the maximum wading depth is 700mm. There’s also an off-road monitor that uses four cameras to create a superimposed image on the 12.3-inch display, showing how the vehicle is positioned on the ground. 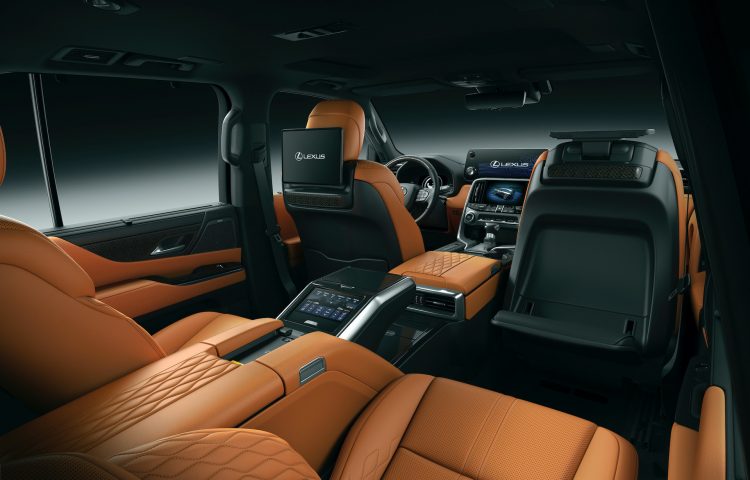 Interestingly, Lexus is set to introduce a new trim level for the new model, with the addition of the VIP grade for the LX 600. It gives rear passengers maximum space and comfort with the removal of the middle seat in favour of what look like first-class airliner seats surrounded by screens.

Australian trim levels are yet to be confirmed, but we do know that the flagship LX will receive a unique cabin design that offers rear passengers their own climate control and infotainment settings, as well as front seats that can move forward and transform into leg rests. 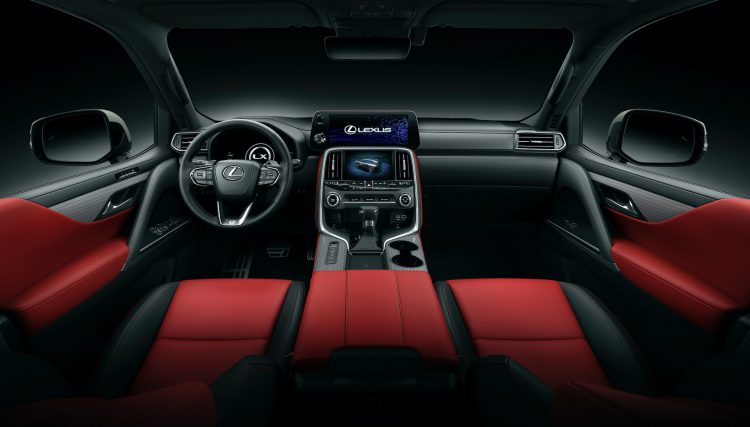 Lexus Australia says the new model has been locked in for local arrival in 2022, and while not officially confirmed we suspect both the LX 600 and LX 500d will be offered here.