This Chevrolet Corvette crash provides a lesson on how not to park your car. Unfortunately, the Corvette demonstrates this by taking a hard hit up against the gutter during a recent autocross event in the US. 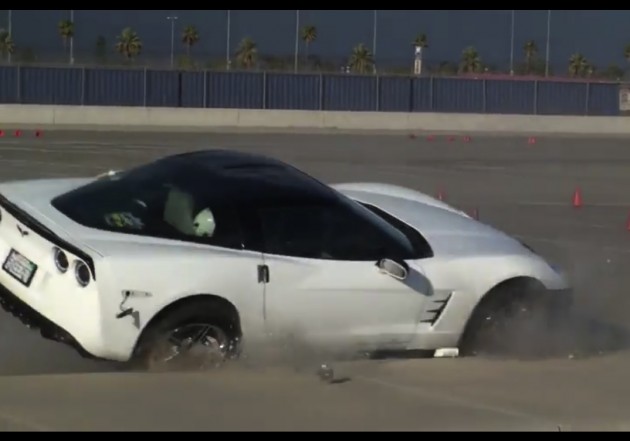 It all happens quite quickly; one minute you’re driving fine, the next, you’re sliding sideways out of control. Actually, perhaps this sounds like a recipe concocted by an inexperienced driver?

In any case, it appears the driver in this Chevrolet Corvette crash just got a bit too excited in the moment and let the V8 ‘Vette get the best of him. Both right-side wheels suffered some nasty damage, while the suspension components and alignment also took a beating. Ouch.

According to the description of the video on YouTube, this was the driver’s first outing after a break, and the tyres were cold, as was the track…

Click play on the video below and tell us what you think went wrong here.