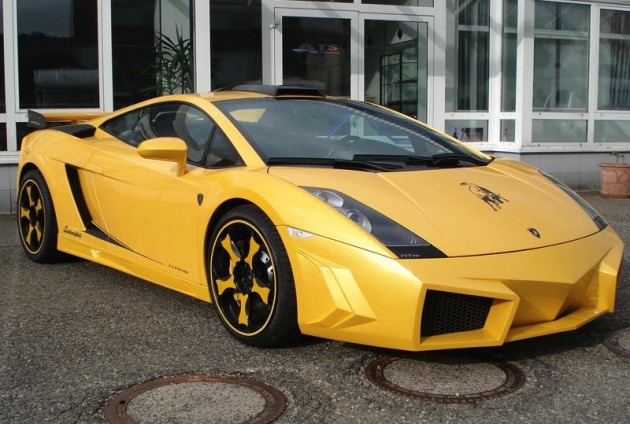 Let’s go over this disaster, starting from the front. The new front bumper bar actually doesn’t look too bad, if it were toned down a notch or three. It simply features contour extensions that protrude outwards from the original design. There’s a slight Reveton theme to it too, with that arrow-shaped central chin.

From there, things go a bit pear-shaped. It features little arrow wings on the side of the front bar, just in front of the front wheels that look a bit… arcade game. These then introduce you to the side skirts. The side skirts actually look fairly sedate and in-tune with the original Lamborghini aesthetics. It’s a shame the same can’t be said for the rear end though.

If you’re a bit queasy or have a weak stomach, you might want to brace yourself before looking at the back. ATS Automotive has somehow managed to fit so many vents, shards and cutaways to the poor Gallardo, it’s now almost indistinguishable. There’s two exhausts that poke out like space ship thrusters while the rear splitter is just plastic fantastic. 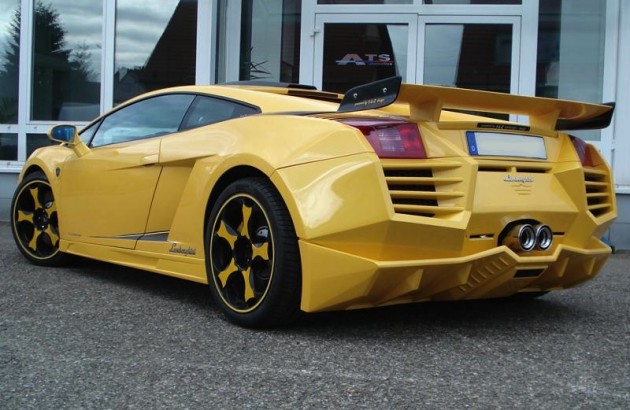 To top it all off, the entire Galaxy Warrior kit is then coated in rich bile paint with matching wheels. Maybe it is just the colour that turns us off this modded Gallardo, but really, if you’re going to develop a bodykit for a car, at least have the intention of improving on the manufacturer’s design.

We’re by no means the fashion police though, we could be wrong. Tell us what you think of this attention-attracting creation below.