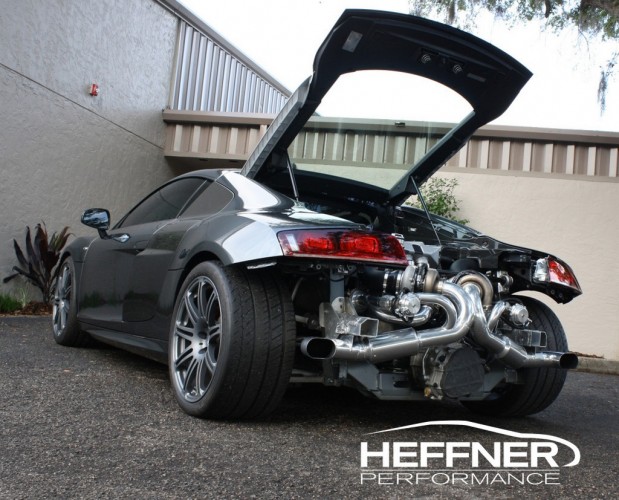 The Audi R8 Spyder in question is owned by a customer at Eurotech Motorsports in the US who wanted a powerful car for track days.

Jason Heffner from the Heffner Performance workshop says that the car is the most refined aftermarket twin turbo car he has ever experienced. He says the engine has been engineered to perfection.

We can’t wait to see some videos of this thing hauling at the track. Stay tuned. In the meantime, take a listen below.