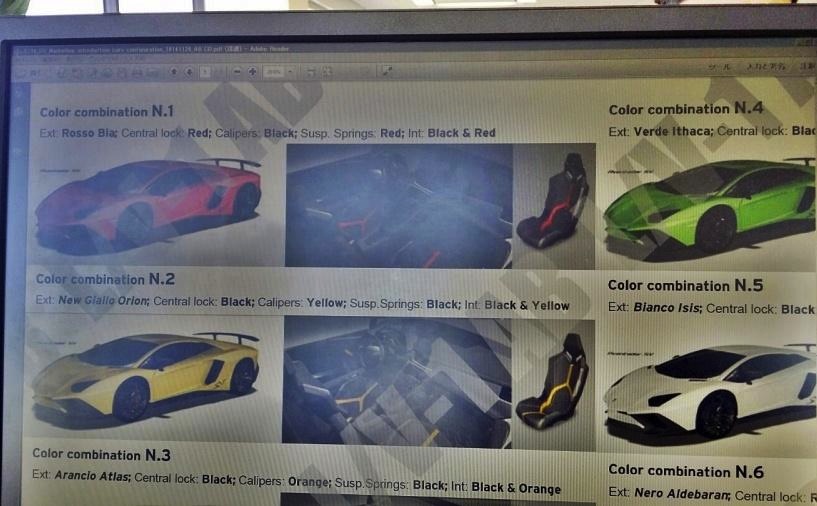 Screenshots of a digital brochure of the new Lamborghini Aventador Super Veloce (SV) have hit the web, giving us a sneak peek of the exterior and interior. 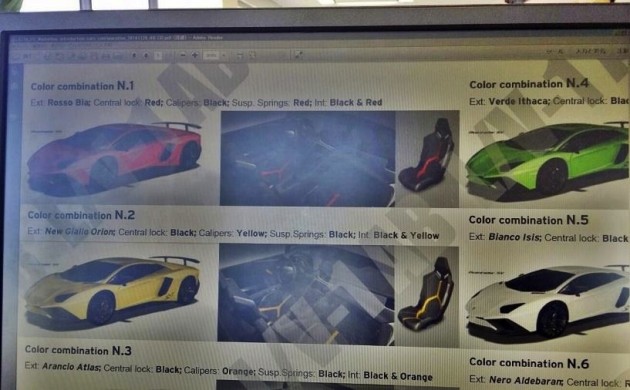 The Aventador SV will be the Italian company’s new flagship model, and a successor to a long history of V12-based SV monsters. These have all been special editions with more power and less weight than the regular V12 nameplates.

For the Aventador SV, we can expect a number of carbon fibre parts and removed items for overall weight reduction. Speculations suggest a drop of around 100kg from the Aventador’s 1575kg weight. And this is despite the addition of a more dramatic bodykit and aero features.

Yep, like almost all SV versions the Aventador looks like it will come with a bespoke aero kit as seen here in this brochure. There’s a large rear wing, more aggressive and lower side skirts, and a chunkier front end with a new lower spoiler section and lip.

The interior will come with a range of unique items, including bucket seats that are complete with colour-coded sections to match the exterior. We can also expect special logos, plenty of suede/Alcantara, and an SV steering wheel.

In the engine compartment is likely to sit a revised version of the standard 6.5-litre V12 engine. The unit develops 515kW, however, in the SV there’s talk of it producing around 540kW. This should enable the beast to cover 0-100km/h below 2.9 seconds. It will probably come with a higher top speed as well, currently quoted at 350km/h.

All is set to be officially revealed at the 2015 Geneva Motor Show in March. The big event starts on March 3.