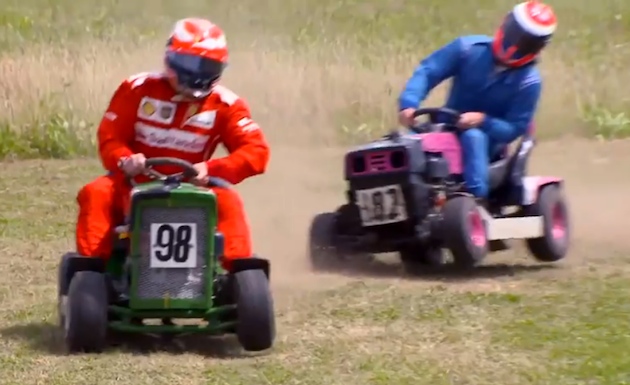 After a few laps and a zillion grass clippings, the 2009 Formula One world champion carved up his opposition to claim victory. Kimi Raikkonen might not say a lot, but he sure can drive.