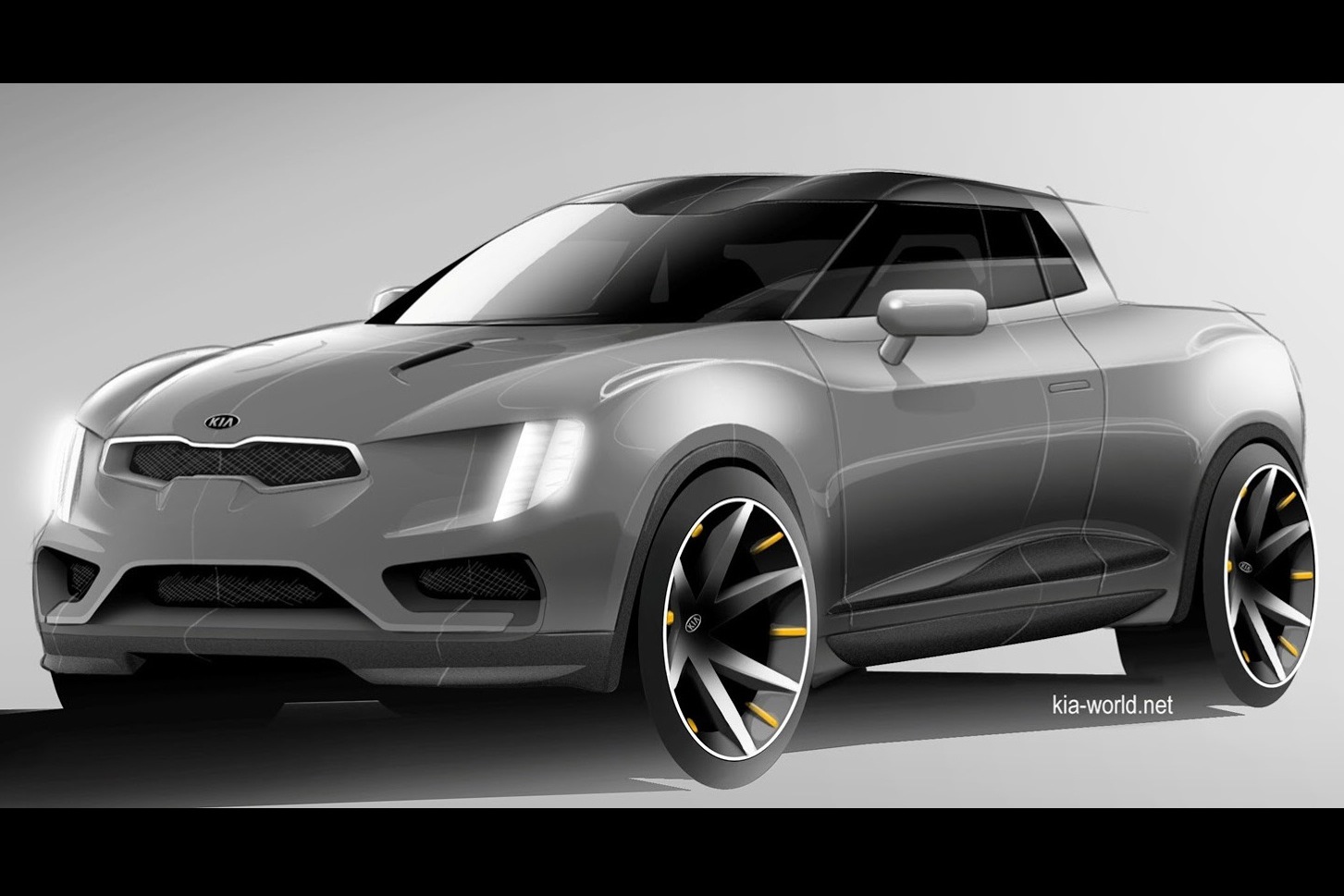 An image which appears to be an official sketch has surfaced online, depicting a potential Kia ‘Truckster’ ute concept which could be about to make its debut. 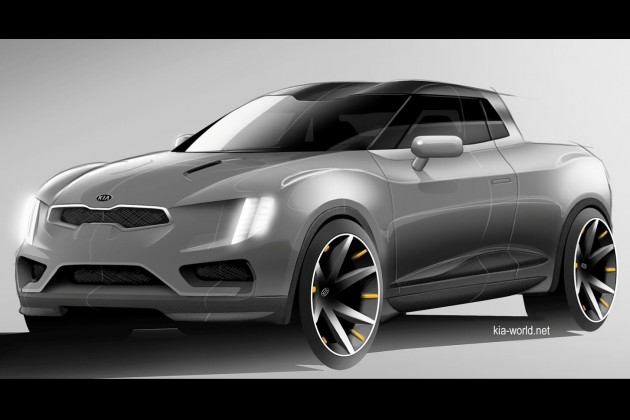 The exact details on the sketch, which was first picked up by kia-world.net, are unknown. According to reports, it could be an official design from within Kia’s studios, previewing an upcoming concept car.

As you can see, the design certainly shows similarities with Kia’s latest styling language, with vertical headlights like what are seen on the GT4 Stinger, the trademarked grille, and a chisel-jawed front end.

Although it looks like it comes with huge sporty wheels, the body does seem jumped up slightly. This could indicate a possible crossover/SUV-like layout.

It looks pretty cool in our opinion. Kia currently doesn’t offer a ute or pick-up in its passenger car showroom lineup. We’re sure plenty of Aussie consumers would love to get their hands on a sporty ute like this though.

We’ll be sure to provide any further details or confirmation on the intriguing images as soon as we hear more.