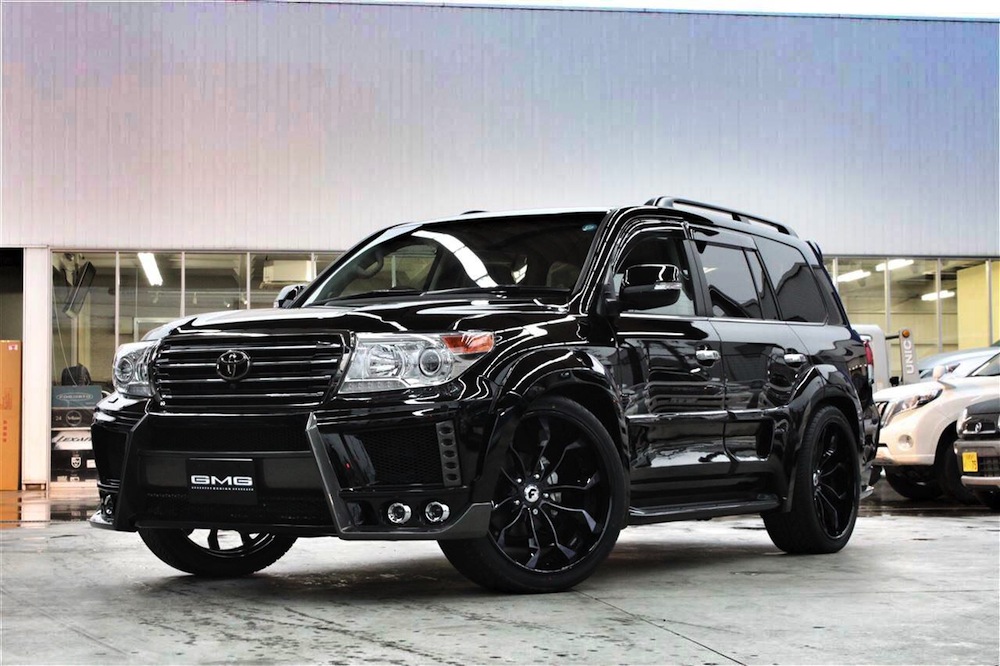 The Toyota LandCruiser is the biggest SUV in the Toyota lineup, offering a serious amount of off road ability and enough seats for eight passengers. Sitting a touch under five metres long and a tad under two metres tall, it’s already an imposing vehicle. However, that hasn’t stopped Japanese tuning company GMG88 from coming up with the ‘Eight Star’ widebody kit and ‘Double Eight’ accessories for the industrial-strength SUV. 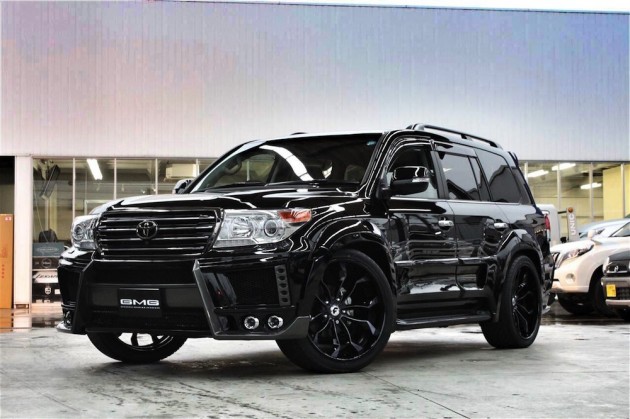 The Eight Star widebody kit consists of multiple new parts to give the SUV a more aggressive look. The wheel arch flares aren’t your usual slap on jobs, instead they spread out onto the doors and guards to create a wrap-around effect. The front bumper is completely new and integrates vertical LEDs, twin fog lights, larger air intakes, and a lower front splitter.

Other additions include a sporty rear diffuser and chrome tailpipes, side skirts, a rear roof spoiler, a rear lower window spoiler, and mildly darkened taillights. No widebody kit would be the same without a set of flash wheels, so GMG88 decided to stay with the Japanese theme and fit up a set of Forgiato F2.16-ECL wheels.

Giving the LandCruiser a meaner sound is a sports exhaust system, which can be heard in the video below. In standard form the petrol V8 LandCruiser punches out 227kW and 439Nm from its 4.5-litre engine. Even though it tips the scales at just under 2700kg, we’ve timed 0-100km/h in just 9.0 seconds.