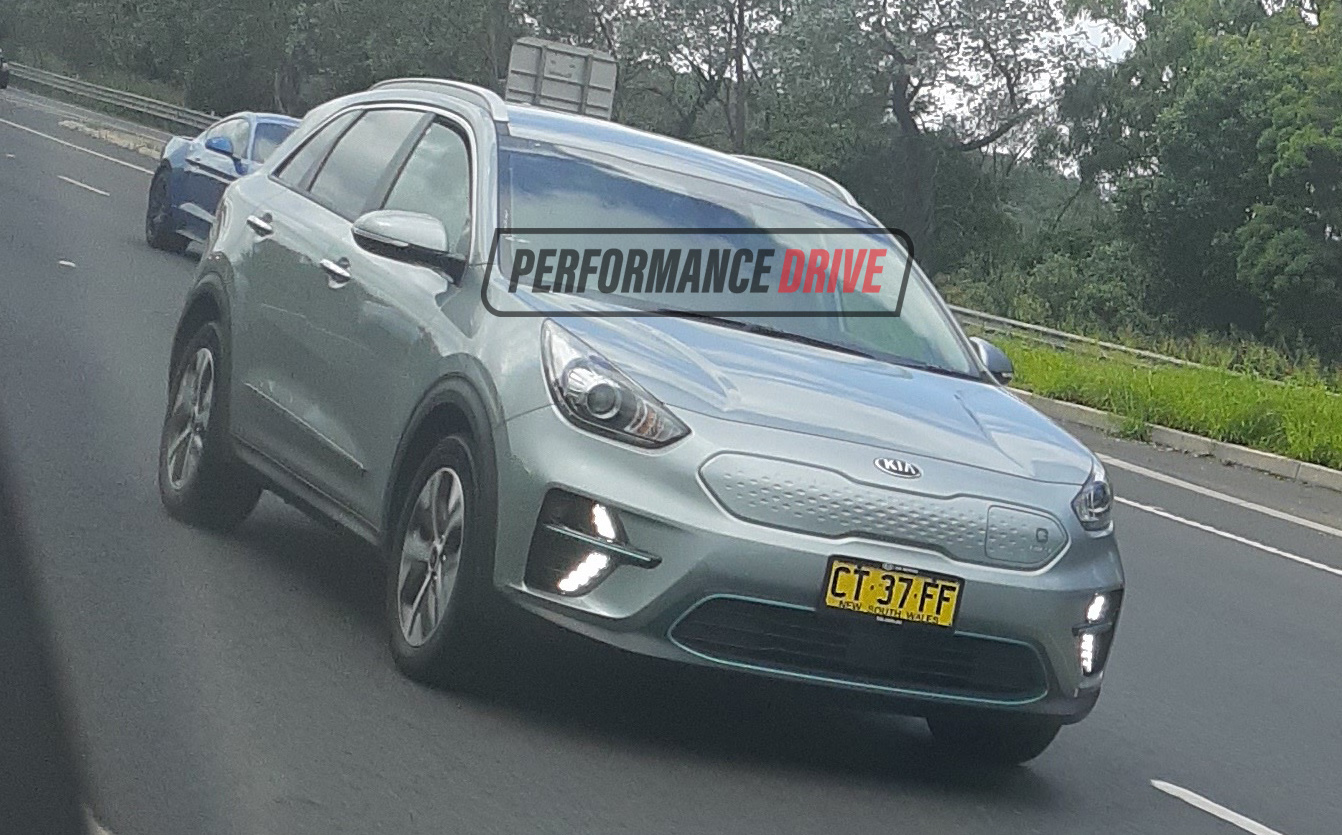 A Kia e-Niro fully electric SUV has been spotted in Australia, likely undergoing local testing ahead of its expected market introduction next year. 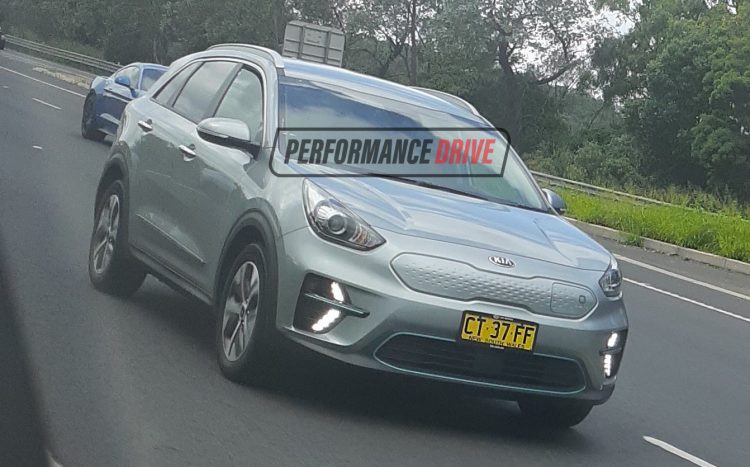 We spotted this example cruising along in Sydney today. As far as we know, it could be one of only a few in the country. According to a NSW registration check, the rego expires on March 14 this year, suggesting it may have been first registered here almost a year ago. Of course, there’s also a chance Kia applied one of the more flexible three- or six-month terms to the car.

The check also outlines special conditions for the vehicle: “There is a registration restriction on this vehicle that will prevent registration transactions.” This basically means the registration cannot be transferred to another owner, and is, probably, standard stuff for a prototype or pre-production test vehicle. 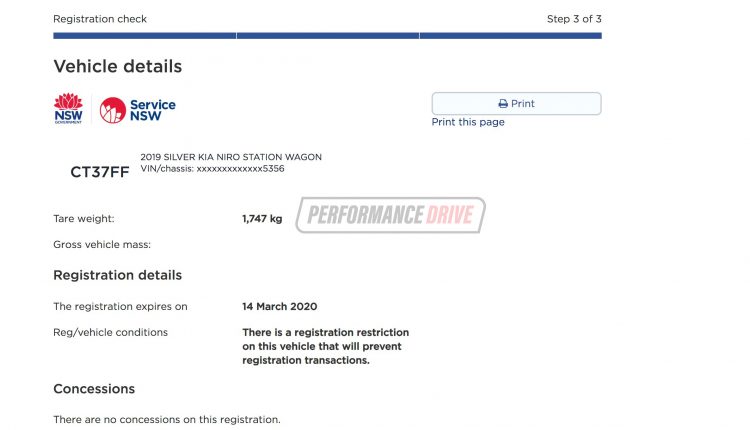 Kia Australia hasn’t yet cemented an official on-sale date for the e-Niro, although it has expressed plenty of interest in offering it for local customers. Part of the problem is said to be due to big demand for it overseas, where the markets are much bigger, particularly for electric vehicles. Australia’s EV infrastructure, or lack of, doesn’t help, and the fact that there are currently no major rules in Australia that force car brands to offer emissionless vehicles like there are overseas.

The Niro is based on the same platform that underpins the Hyundai IONIQ, and comes in hybrid, plug-in hybrid, and full electric form (called the e-Niro). However, in electric form, as spotted here with the telltale closed-off front grille, the powertrain is the same as the Hyundai Kona Electric and not the IONIQ Electric. What’s the difference? More power and range. 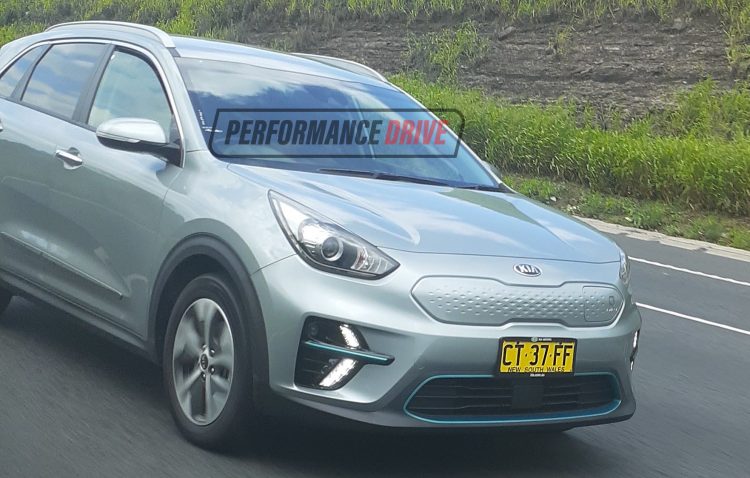 Overseas, the e-Niro is available with a 39kWh battery pack that’s hooked up to a 100kW/395Nm permanent-magnet electric motor. There’s also a 64kWh version that produces 150kW/395Nm, which is the same as the Aussie-spec Kona Electric. The 39kWh version offers a WLTP range of 288km, while the 64kWh model is rated 455km – Australia will probably only get the longer-range version.

Like the Kona Electric, the e-Niro uses an independent multi-link rear suspension layout as opposed to the torsion-beam setup on the other Niro variants. This is the same philosophy as the Kona and Kona Electric. In other words, we’d expect it to drive and handle similar to the Kona Electric. We suspect this ‘prototype’ example is undergoing local testing and engineers could be tweaking the suspension and steering for Aussie conditions. 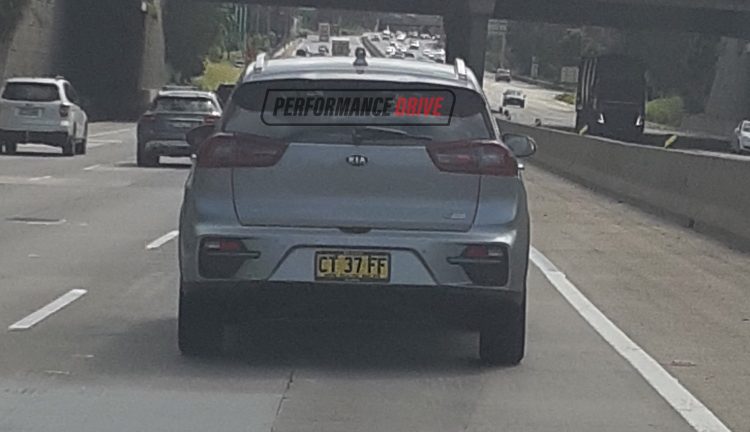 Being slightly bigger and designed as more of a practical proposition in comparison to the sportier Kona, the e-Niro could appeal to a wider market. The boot space is rated at 451L, for example, as opposed to 334L in the Kona Electric.

For now, we’ll have to wait to see what Kia Australia does in terms of getting it into local showrooms. There has been word of a 2021 launch, but, as mentioned, the company is yet to send out any official date or even confirm that it will eventually arrive. This spotting certainly seems encouraging.