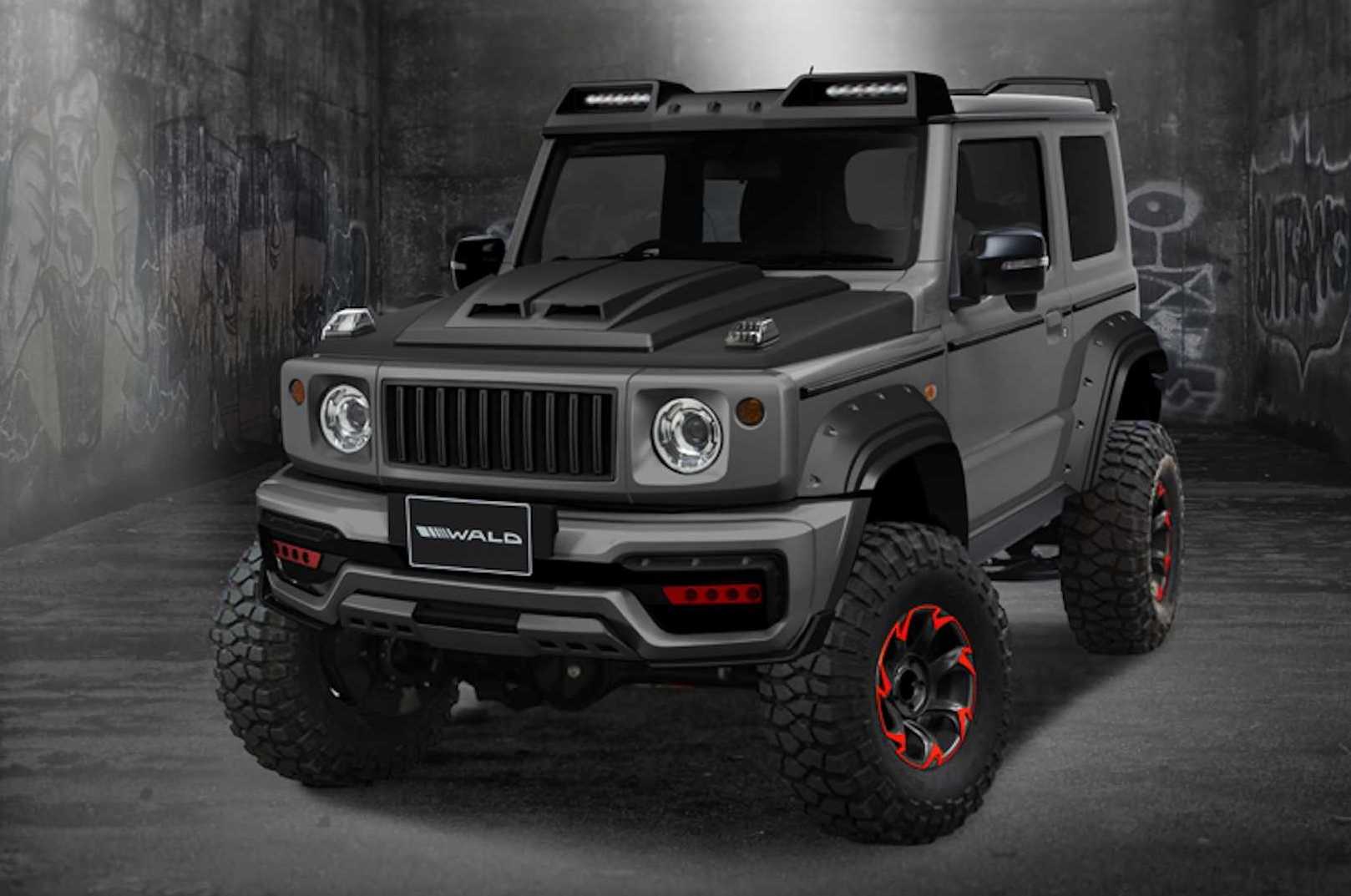 Suzuki’s plucky new Jimny will go on sale in Australia later this month and it’s expected to become quite a favourable compact SUV thanks to its go-anywhere attitude. However, if you’re looking to boost that attitude, renowned bodykit designer Wald International has come up with the Black Bison kit. 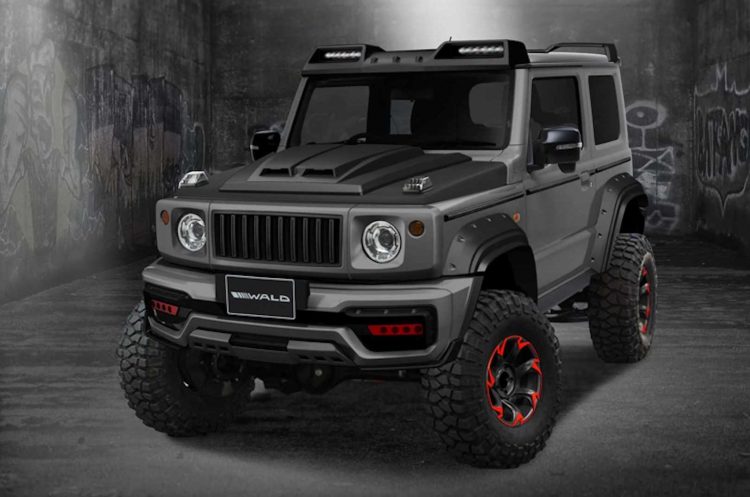 This is how you make a small car look like a much more intimidating machine. Wald has crafted some bespoke bumper bars for the front and rear, with custom LED light bars in the front corners, a new grille and headlight surround design, and a tough bonnet scoop up above.

You might also notice the revised pumped wheel arches with rivet markings. These are formed to merge with the new bumper bars for a more seamless look that also provides a rugged, flexed-muscle stance. Within the guards are some chunky alloy wheels with red highlights, wrapped in aggressive off-road tyres.

Other highlights include a big rear wing, for some reason, as well as LED light bars mounted on a special brace on the roof, and a number of black-painted trimmings. Black is used for the side mirrors, pinstripe, exposed tailgate hinges, and for the bonnet and roof racks. 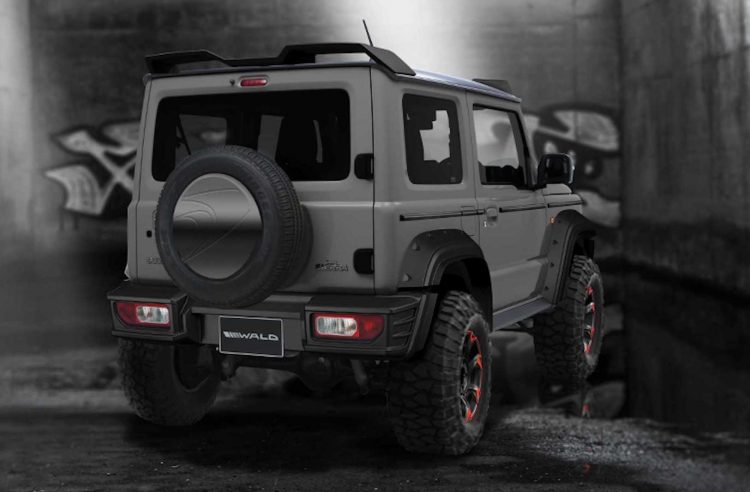 There’s no mention of any under-bonnet modifications, which could a bit of a shame considering the Jimny Black Bison looks like it packs a powerful V8 of some description. In standard form, the Aussie-spec Jimny uses a 1.5-litre four-cylinder unit producing 78kW and 138Nm. This should be enough for some fun in the mud though, considering its lightweight nature.

Suzuki Australia is launching the new Jimny on January 21, in terms of the official media launch, with sales commencing on January 26. Prices are yet to be confirmed.

Mitsubishi Motors has sent out a preview of its next-gen 2022 Outlander plug-in hybrid (PHEV), confirming its Australian arrival for...

Yep, once again, it looks like V8 BMW power could soon be coming to a Jaguar Land Rover product near...