Isn’t this a funky little number? It’s called the Kia Provo concept, and it could give us some insight into what we could be expecting from the Korean company in the near future. 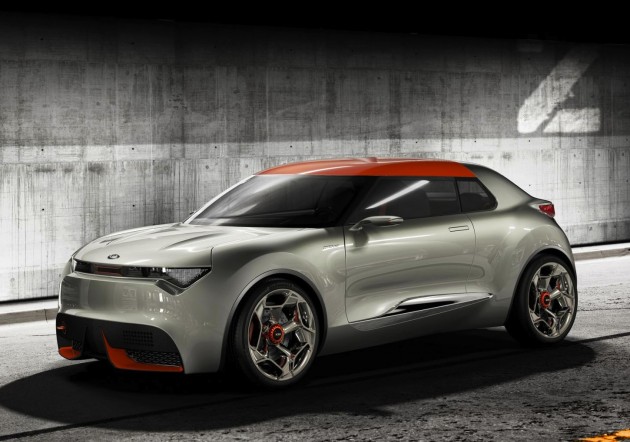 Kia released some teaser images of the Provo earlier this year, but this is the first time the car has been shown in full before its Geneva unveiling in just a few days.

As you can see the Provo features bulging muscular lines around the sill panel and wheel arches, while showcasing futuristic headlights and taillights, huge alloy wheels hiding cross-drilled brakes, and a rather cool two-tone white and orange colour scheme. 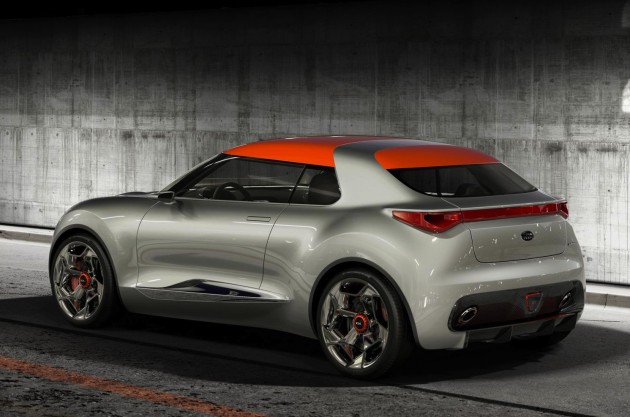 Various orange highlights are used to continue the sporty theme, including orange brake calipers, segments of the roof, and parts of the front spoiler. Kia describes the design as ‘racy’ and ‘urban’, saying,

“With the company’s signature tiger-nose morphing into a mischievous, yet friendly, grille and headlight arrangement, coupled with strong styling lines that exude speed and energy from every angle, Kia’s newest concept vehicle is guaranteed to attract attention.” 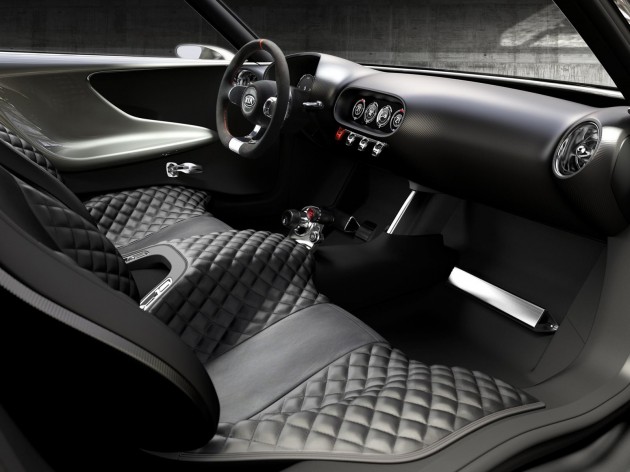 Taking a look inside and you find a smart and very modern decor with hints of retro inspiration for various elements. Everything is digital on a simplistic dashboard, while stainless steel trimmings matched with a mostly black upholstery provide a premium, almost-007-like theme.

The front seats are formed from a flowing surface which blends seamlessly into the centre console too, wrapped in a quilted-style material.

There’s been no information of what powers the Provo at this stage. More details, including announcements of a possible future direction, are expected to be made at the Geneva Motor Show, starting March 5.