German BMW tuner Kelleners Sport has revealed the new Kelleners Sport KS5-S performance package for the 2012 BMW M5. You may remember the company being responsible for one of the most comprehensively tuned BMW 1 Series M Coupes, with the KS1-S. 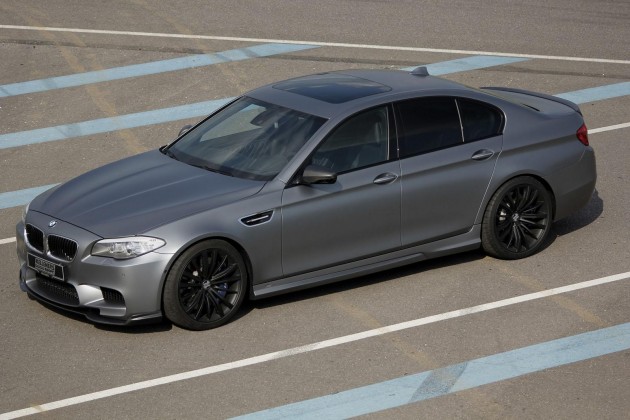 Starting with a product that’s already tuned to a very high level usually equates to a ultra-tantilising piece of machinery. With the Kelleners Sport KS5-S, it’s no different.

In its standard form, the 2012 BMW M5 comes with a 4.4-litre twin-turbo V8 producing 412kW and 680Nm. After Kelleners Sport applies its KS5-S package, the engine power is boosted to a whopping 485kW.

The increase is thanks to engine computer enhancements, and a new higher-flowing exhaust system. 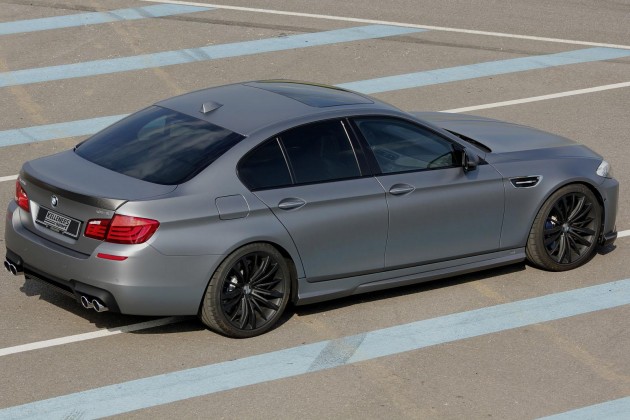 With Kelleners Sport KS5-S, you don’t just get some engine enhancements, the company has also developed styling tweaks to give your M5 a personal touch. This includes a new lower front spoiler, side skirts, a new rear apron and diffuser, and a carbon lip spoiler on the boot lid.

The styling is further tweaked via black side mirror caps and a set of black mesh-style alloy wheels for that stealthy look.

Inside there are more bespoke highlights, with a retrimmed sports steering wheel, and diamond-quilted leather seats with embroidered Kelleners logos.

Kelleners Sport parts are available in Australia through Tunehouse.