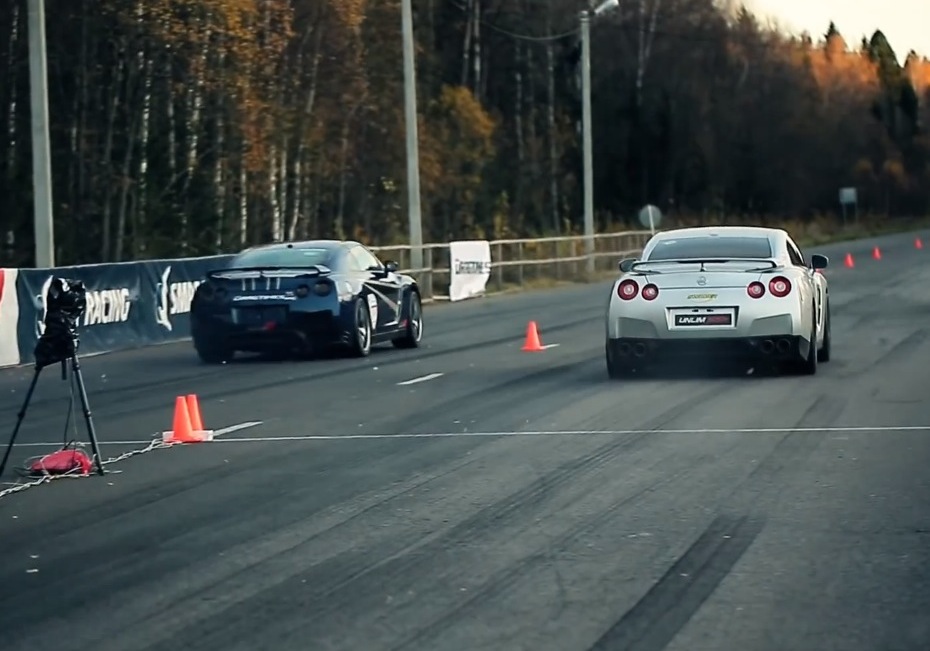 The mother of all races has taken place in Moscow, between in an AMS Performance Nissan GT-R Alpha 12+ with an astounding 1140kW (1550PS) versus a Switzer GT-R R1K-X Goliath producing a faint-inducing 1251kW (1700PS).

The remarkable thing is they look pretty much like regular street-legal GT-Rs. Take a look at those trap speeds at the end – one of them hits an incredible 400km/h.