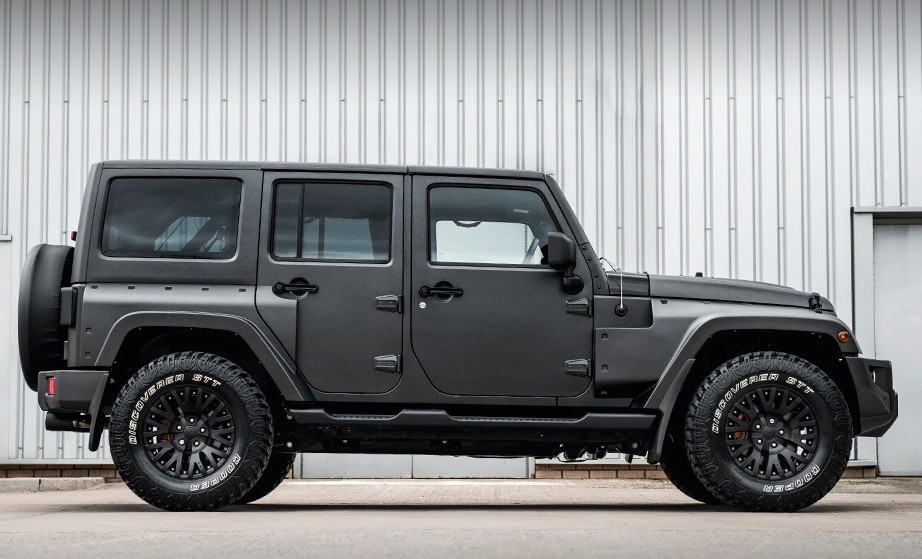 The current Jeep Wrangler is near the end of its lifecycle, but that hasn’t stopped British boffins Chelsea Truck Company (an offshoot of Kahn design) from going to town on it and adding some flares and ponies. 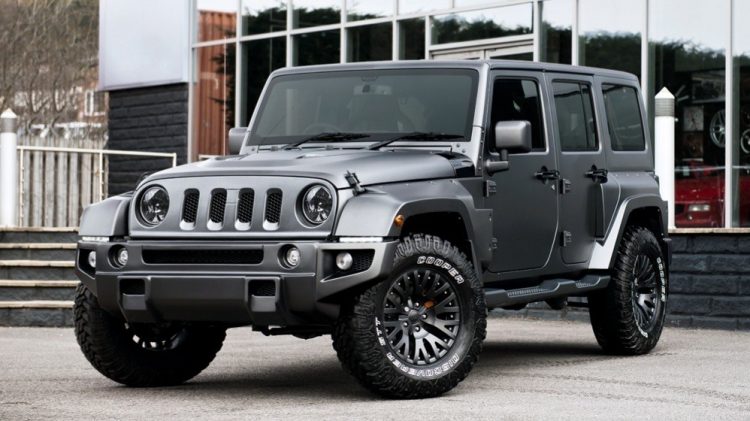 Costing a total of £52,000 (AU$101k), the enhancements are extensive, as you would hope for that outlay. A wide bodykit with boltholes and flares is added on, with a unique bumper and sidestep treatment, a new front end with LED lights and integrated spotlights, a shorter four-port grille (instead of the trademark Jeep seven-slot) with mesh inserts, and it’s all finished in an elaborate “Volcanic Rock Satin” paintjob.

100mm exhaust tips and bespoke fuel cap are just some of the other additions. The expensive-looking rims are Satin black, hugging Liquid Gold brake calipers. 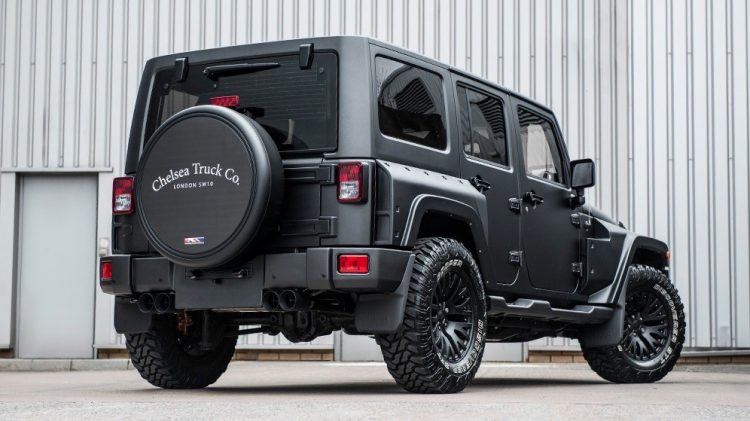 While the 2.8-litre diesel does benefit from some ECU tuning, the real story is inside the car, where eggplant-coloured leather with intricate stitching, cross-hatching and honeycomb patterns start to betray the SUV’s expensive asking price. The front seats are body hugging aftermarket units, and a range of customisation options is available across the 50 examples which Chelsea plans to make.