Toyota will unveil a sporty new Toyota 86 convertible concept at the 2013 Geneva Motor Show next month. The concept could preview an upcoming production version down the track. 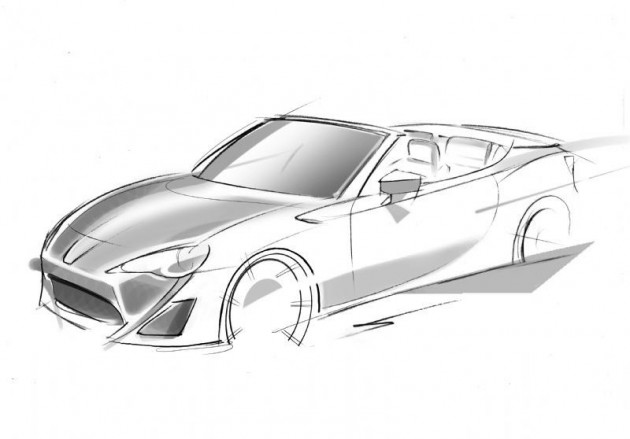 Toyota says the concept will be used to gauge the reaction of the public in regards to a drop-top version of the popular 86 sports car. It will be the first time such a version will be shown.

The company is developing the engineering foundations for the car, and, as previously reported, the 86 has actually been developed from scratch with roadster layouts in mind.

Official specifications are yet to be revealed, however, the concept is likely to be power by the same 2.0-litre Subaru boxer engine as used in the current 86 GT and GTS. In those it produces 147kW of power and 205Nm of torque.

Without a roof, the car is expected to put on some weight due to additional reinforcements. Judging by the preview sketch above, the rear seats might not be removed which could have alleviated any power-to-weight ratio disadvantages.

But anyway, what do you think? Will an 86 convertible be a hit with the fans?