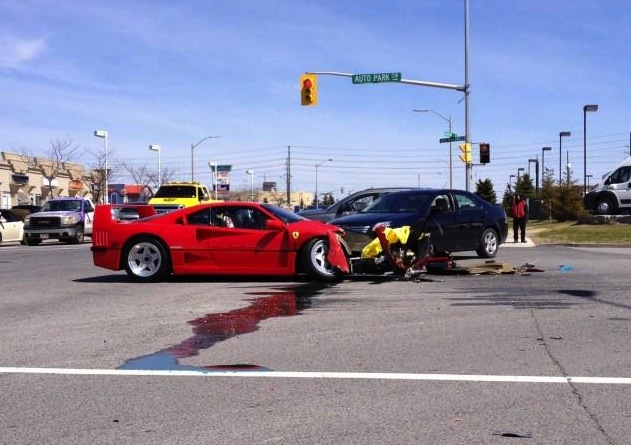 Losing a Ferrari F40 in a crash is one crying shame, especially given the fact only 1315 of these magnificent creations were ever made. Secondly, can you imagine how upset you’d be if someone else caused the accident? 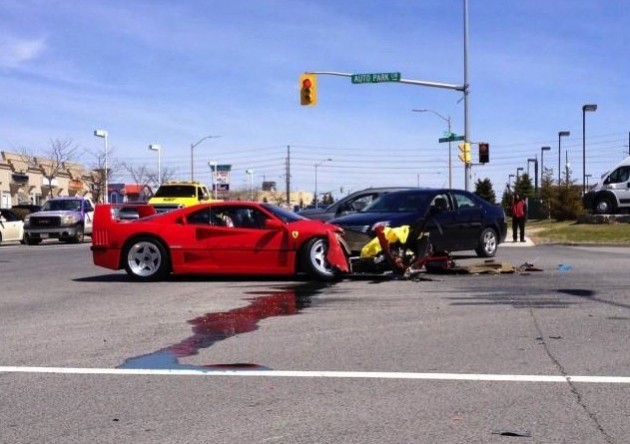 That’s exactly what happened in Ontario in Canada recently. Only, it gets even worse. According to reports the Ferrari F40 was being driven by a mechanic at the time of the crash, of which was apparently caused by another driver in a Dodge Dart, running a red light.

Official details on the exact cause are yet to be found, but as you can see, the accident did occur at an intersection of some kind involving a Dodge Dart. 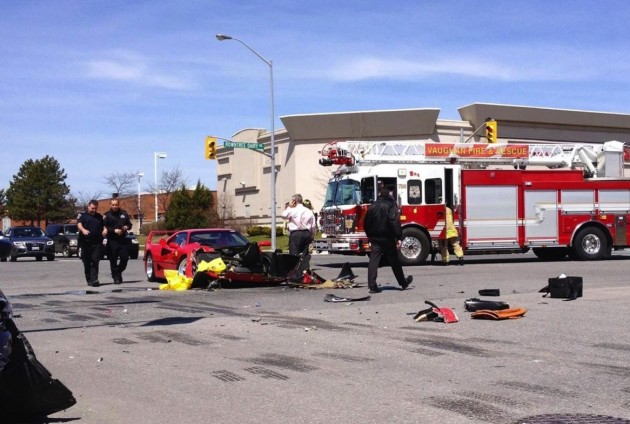 The front of the poor F40 is torn apart, smashing open vital coolant containers and most of the carbon fibre nose. The bonnet is also ripped apart completely leaving only from the A-pillars back untouched.

Nobody has been reported injured in the unfortunate incident. As for the Ferrari, it’ll have to spend a long time in hospital before it drives again.