TeamVodafone Holden driver Jamie Whincup has regained the V8 Supercars championship lead after a win in race one at Hidden Valley Raceway in Darwin. 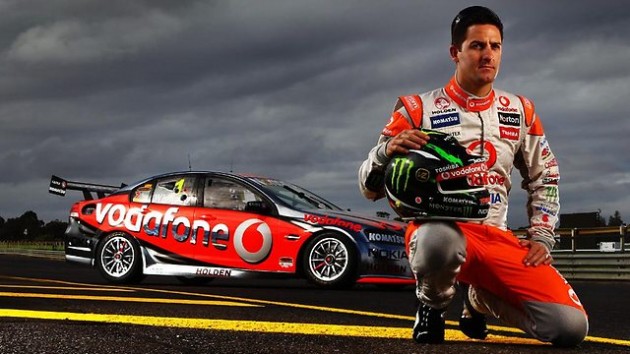 Whincup brought it home ahead of the Ford Performance Racing duo of Will Davison and Mark Winterbottom who both had dominated qualifying.

The reigning champ started on the second row alongside Winterbottom while Davison started on pole alongside fellow FPR squad member David Reynolds.

Whincup played the tyre game beautifully over the 42 laps on what was some extremely hot tarmac in the top end.

His teammate Craig Lowndes was the star of the race, making his way up to fourth in the 42 lap race after starting from 20th on the grid.

After leading the first stint of the race on soft tyres, Reynolds sunk to fifth as his teammates and the Team Vodafone cars reeled him in when he went back to the hard tyre.

A new qualifying and a longer race (69 laps) will be on again tomorrow from Hidden Valley Raceway.