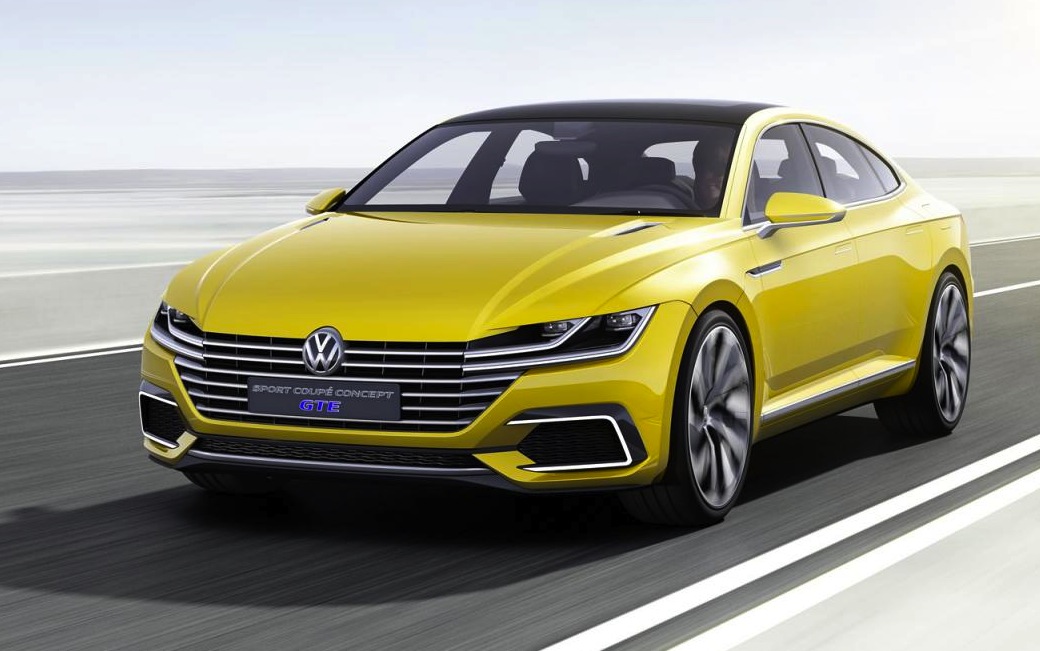 Volkswagen has unveiled the rather stunning Sport Coupe Concept GTE at the 2015 Geneva Motor Show in Switzerland. It gives us a preview of the upcoming Passat-based CC. 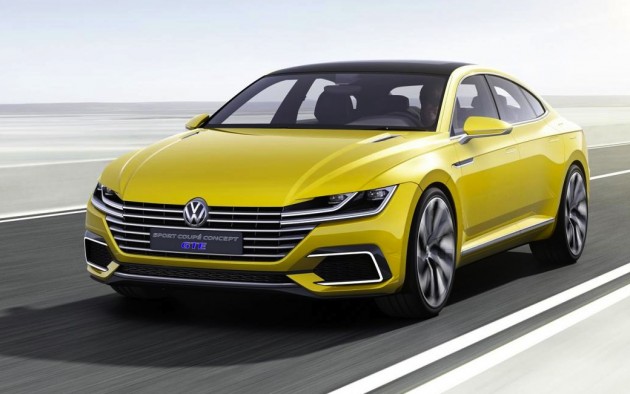 Starting with the design, Volkswagen says the concept showcases its latest and future styling philosophy. This means you could expect to see similar themes in upcoming VW production vehicles, including the next-gen CC.

At the front is a completely new fascia layout which merges the grille, headlights, and badge all into one modern face. Then there’s some large intakes hanging down from the corners and a defined lower lip section. It looks quite prestigious and premium.

Moving down to the rear, you’ll notice the raked A-pillars which lead into a swooping roofline and glass roof that runs all the way down to the C-pillars. Meanwhile, passing by a set of 21-inch alloy wheels.

We’ve left perhaps the most interesting aspect of the car until last. The engine is a complex V6 TSI turbocharged unit paired with two electric motors for a combined power output of 279kW.

Out on the tarmac, the sexy hybrid can dash from 0-100km/h in just 5.2 seconds. And despite the performance, it offers an average fuel consumption rate of just 2.0L/100km with an overall range potential of 1000km. 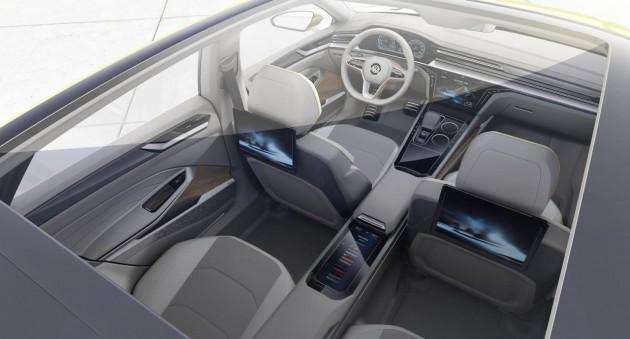 Although Volkswagen hasn’t specifically said the concept will spawn the next CC, it does seem likely. Speaking in an official statement, Dr Heinz-Jakob Neusser, Volkswagen brand board member for development, said,

“This concept car is a breathtakingly dynamic coupe, destined to set standards in this class. Thanks to the design in the style of an exclusive sports car combined with the added functionality of a large boot lid, we see an impressive alternative to the classic saloons of the B and C segments in this four-seater.”