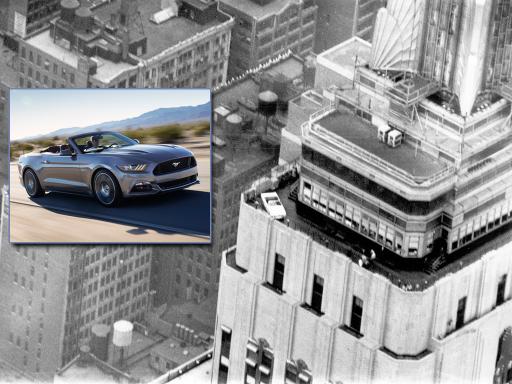 Ford has planned an extravagant exhibit for the 2015 Mustang at the upcoming New York Auto Show, placing an example on top of the Empire State Building’s 86th floor.

It seems like an outrageous act just to gain some attention, but in fact Ford wants to recreate what it did 50 years ago with the first-ever Ford Mustang. It seems like a fitting way to celebrate the iconic sports car’s 50th anniversary. Ford COO Mark Fields said,

“We’re thrilled to be visiting the architectural landmark that has been the heart of the Manhattan skyline for 83 years with the newest generation of the car that is the soul of Ford Motor Company.”

Although it is relatively easy to lift a vehicle up on top of a building with a crane, or even with a helicopter. Being on the 86th floor though makes it a very different task. A crane is not able to reach that high, and being in the centre of one of the biggest cities in the world with other skyscrapers around, helicopters are also tricky. 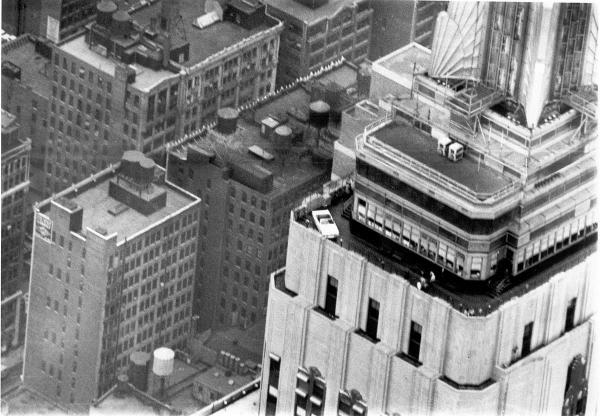 Instead, Ford had to do what everyone else does and use the elevator. Obviously a car cannot fit in your average elevator, so, as the company did in 1965 it has to cut up the Mustang in three carefully measured pieces and then reassemble the beast at the top.

The technicians will have just six hours to put the car back together again on the 86th floor before it goes on display in front of Manhattan. Visitors will be able to see the car from April 16 to 17.

As previously announced, the 2015 Ford Mustang will go on sale officially in Australia next year. The 227kW turbo EcoBoost four-cylinder and the 313kW V8 will make up the lineup.