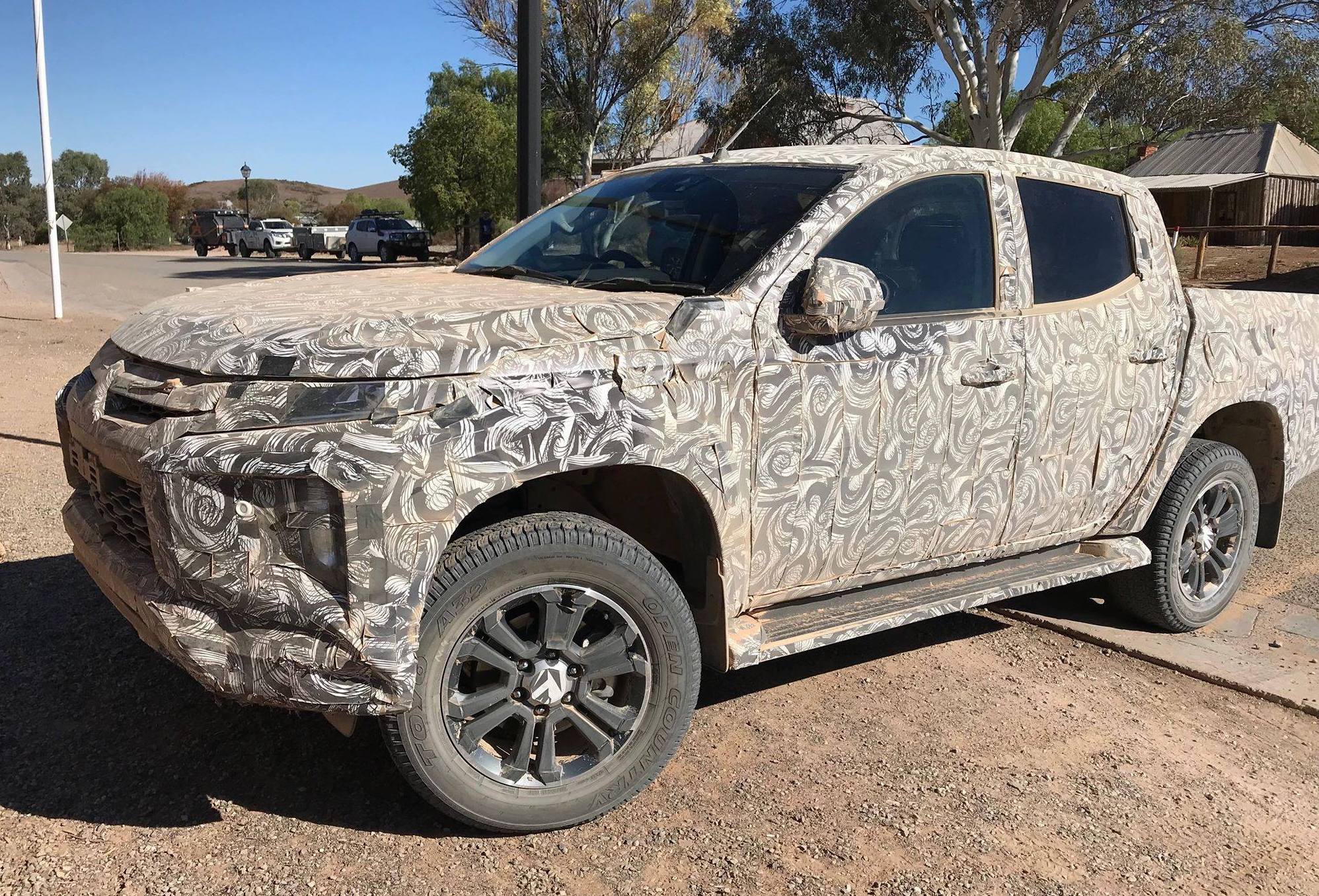 Mitsubishi has been spotted testing a prototype version of the facelifted Triton, likely to adopt an MY2019 plate, in remote regions of South Australia it seems. The prototype gives us some clues of the new-look front end. 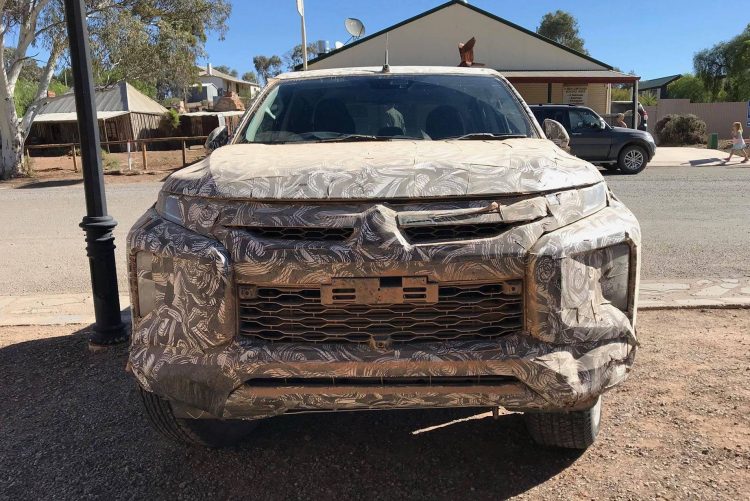 Images were posted up onto Facebook recently, showing a camouflage-wrapped prototype in the middle of some testing in the Flinders Rangers, which is about five hours north of Adelaide.

So, what can we see with the prototype? Well, it looks like the facelifted Triton will sport an iteration of the ‘Dynamic Shield’ design philosophy, which is seen on other models such as the Outlander, Pajero Sport, and the new Eclipse Cross.

The headlights are much thinner than today’s model, squinted, actually, with puffed-up cheeks and a pointed central area providing an opening for the main radiator intake. Along the sides it looks like the Triton will adopt chiselled-look wheel arches, a bit like the Pajero Sport, with a distinct sheared-edge along the front side of the rear arches. 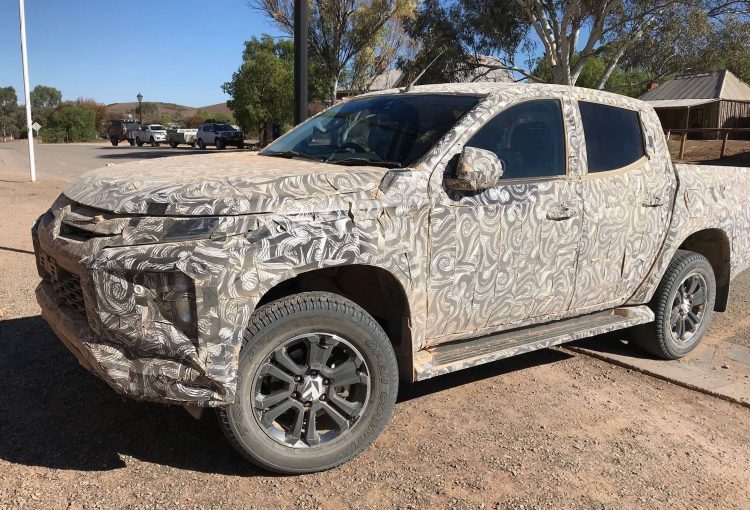 Specific details about the facelift are yet to be known, but it’s believed it will carry over most of the hardware from today’s model. Expect the same 133kW/430Nm 2.4-litre turbo-diesel four-cylinder under the bonnet, along with part-time four-wheel drive, with diff locks for the upper variants.

There could be some revisions to the interior, such as an updated touch-screen interface, some new materials and trims, and potentially minor equipment upgrades. Apart from that though, the new model will probably remain the same.

What it won’t be is a major model update. As you may remember, the next-gen Triton will share most of its platform and hardware with the next-gen Nissan Navara. This is being brought about via the acquisition of Mitsubishi by Renault-Nissan in 2016.

Given the body of this prototype looks pretty much complete, we’d anticipate a local debut some time late this year.