Who said the Germans don’t have a sense of humour? Mercedes-Benz’s performance folk at AMG have just released a rather funny video as a way of sending out Christmas wishes. 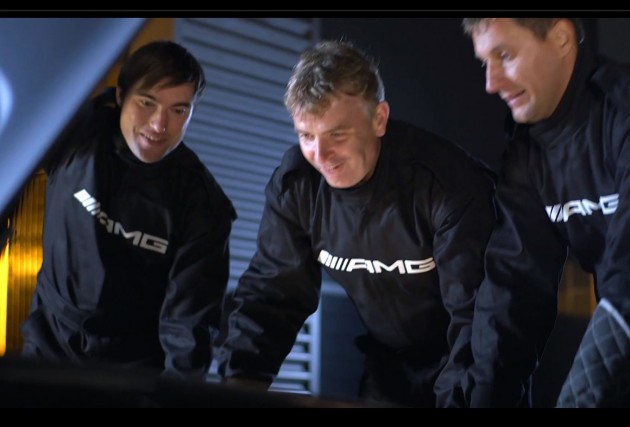 We won’t ruin it on you, however, we will tell you the video involves a new SLS AMG GT3 race car and a race track. It also involves revving the SLS very high and getting it very hot.

The SLS GT3 is based on the SLS AMG road car, only it features a completely stripped out interior, vast aerodynamic revisions to aid high-speed racing, and a hand-built 6.3-litre naturally aspirated AMG V8.

We’re sure there will be quite a few more Christmas videos sent out over the next week, so we’ll keep you updated with the interesting and funny ones.

Click play below to see why the AMG engineers get so excited about getting the engine hot.