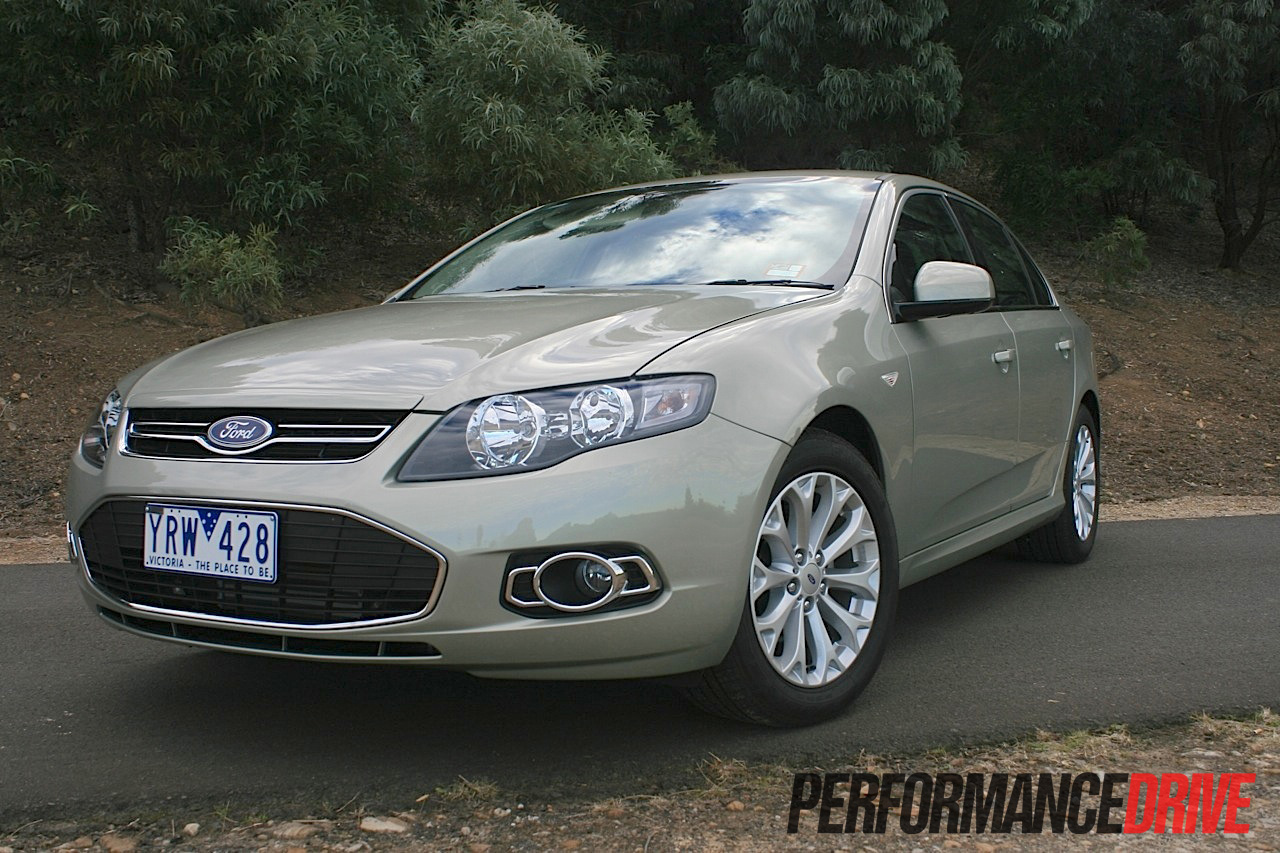 It’s finally here, the four-cylinder Falcon. Will it be a game changer? Will it save the Aussie Falcon? The 2012 Ford Falcon G6 EcoBoost is one of three variants to feature the new engine, so let’s see how it all goes. 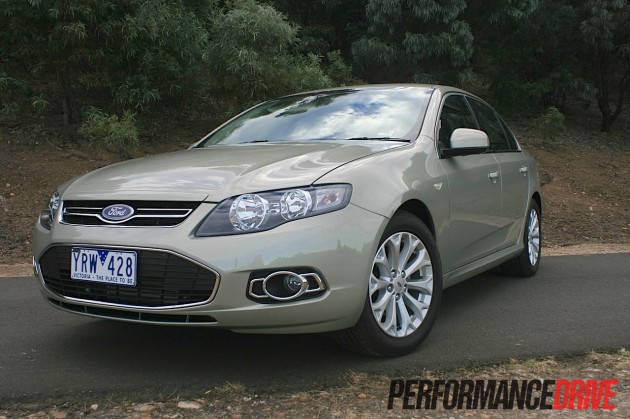 (Obviously the key focus on this review is how the EcoBoost works in the Falcon, so we’ll try and concentrate on that, while still blending in an overall evaluation of the G6.)

Ever since the Falcon was conceived in 1960 it came with either a six cylinder, or a V8, it’s just the way it was. For Ford to introduce a milk-carton-sized version, it’d want to be a very good unit to keep the fans happy.

Earlier this year, the 2012 Ford Falcon FG MkII range was introduced. It brought with it number of minor equipment changes, including the introduction of a new Interior Command Centre multimedia interface, as well as minor styling tweaks across the board. 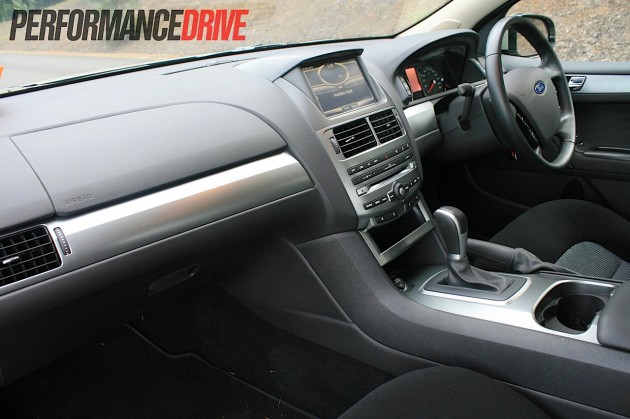 With the 2012 FG MkII G6, it has a new grille with chrome highlights and new driving light fixtures, as well as a revised interior with further sound-deadening materials for an even quieter cabin.

Obviously, the biggest change, or optional change we should say, is the introduction of the international 2.0-litre turbocharged four-cylinder EcoBoost engine. It produces 179kW and 353Nm, just shy of the six cylinder’s 195kW and 391Nm. The new engine has been made available on the XT, G6 and G6 E to help improve the overall economy for the Aussie sedan.

Changes specific to the EcoBoost include a discreet badge on the back and a neat intercooler hidden away behind the front bumper bar. There’s also a string of mechanical changes underneath to accommodate the inline four engine (more on those later in the Equipment section). 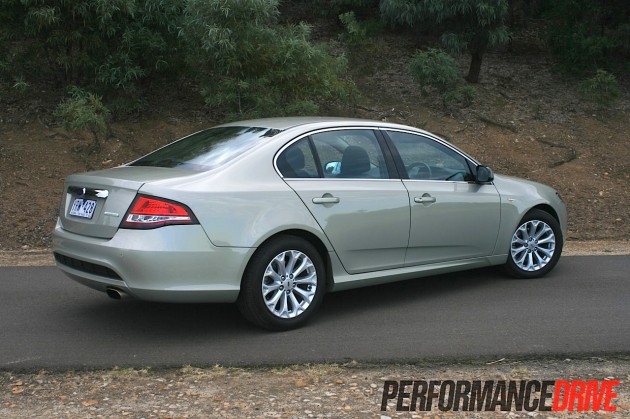 The Falcon G6 is one up from the base model XT. It comes with a mildly luxurious interior, with soft velour upholstery, and a smattering of electronic gadgets, such as an electronic height adjustable driver’s seat.

Interior build quality and fit and finish is of high quality, with no annoying creaks or rattles that we could report. Soft suede trimmings on the door trims give a nice touch, and amplify the executive theme.

On the outside, the G6 gets discreet styling tweaks over the XT including sportier front and rear bumper bars, a fake diffuser section at the back, and 17-inch alloy wheels wrapped in 235 tyres. There’s also a sportier/more elegant front grille and chrome trimmings throughout the body.

As far as mechanicals go, the G6 EcoBoost features slightly retuned dampers over the XT, with a smaller diametre rear stabliser. The biggest change for all EcoBoost variants is the shift in weight distribution.

The inline six engine weighs in at 220kg, while the new EcoBoost tips the scales at 170kg. Ford says the XT is 54kg lighter overall compared with the six-cylinder XT. Because of this, weight distribution is shifted, for the better, from 56:44 front to rear, to 54:46 for the EcoBoost.

Being the G6, it comes with Luxury Sport Blade independent rear suspension, and a revised Virtual Pivot Control link front suspension setup – rates have been tuned to suit the reduced weight of the four-cylinder unit. 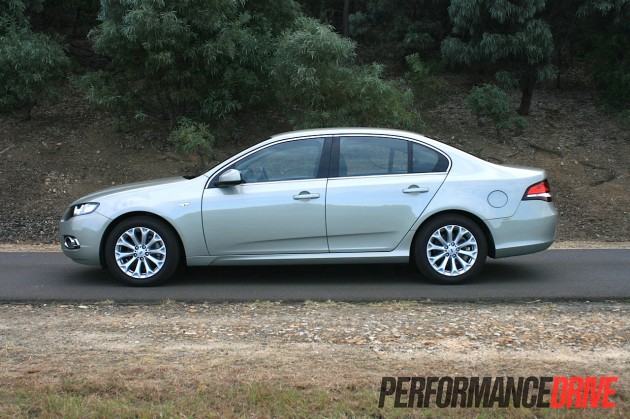 The exterior of the FG MkII has taken yet another minor remoulding. In our opinion, it looks quite modern and sophisticated with the subtle chrome highlights, such as the door trims and details in the front end, however, it is a design that has been around now since 2008.

Inside, it’s all about being soft, plush, and quite friendly. The dash flows down from the windscreen, with the Command Centre interface mounted top and centre. It can be a bit of a stretch for shorter types to select screen options on the most distant side of the screen, which we feel is a bit of a design flaw. It seems like the vents should swap positions with the screen, even though this would marginally decrease eye level, and safety. 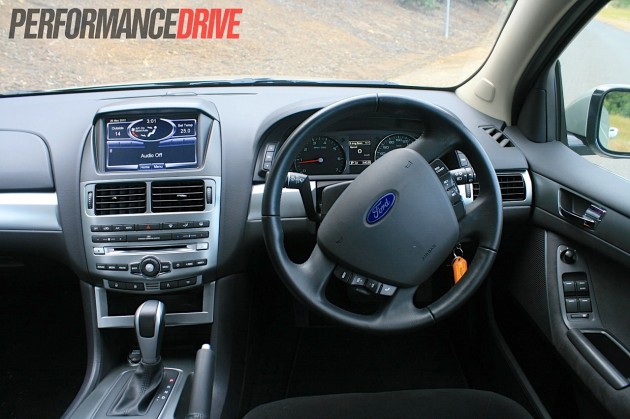 As for safety, the all of the new Ford Falcon FG MkII range comes with stability and traction control, six airbags, Emergency Brake Assist (EBA) and ABS. ANCAP has awarded the latest FG MkII Falcon, including the EcoBoost models, five stars, giving it 34.61 out of 37 in its latest tests. ANCAP says, “The passenger compartment was in excellent shape after the test. There was a slight risk of serious chest and leg injury”.

From the onset, the you can instantly feel the difference in front end weight. The EcoBoost feels much less nose-heavy than the big six. If you throw the car into a corner, the nose will not bob and lurch like it tends to in the six, instead, it remains quite surprisingly balanced and neutral.

We test drove the car through our favourite route and it behaved composed and compliant most of the time, with only hints of floatiness when pushed – this could be due to the comfort-oriented 50-profile tyres.

The steering is not the most precise or direct you’ll ever come across, but it is consistently weighted. Feedback through the wheel is also reasonable. 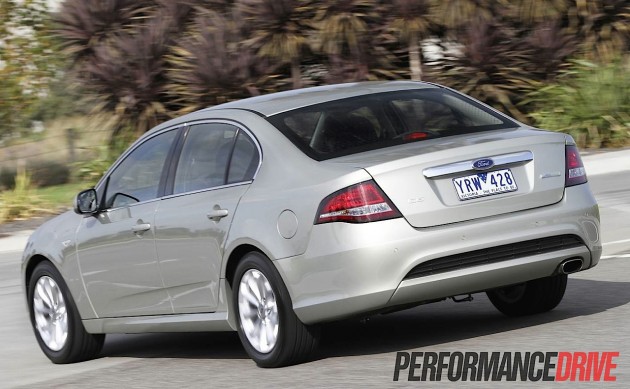 Being the G6, the suspension is set up for a softer, more comfortable ride as opposed to being sporty and agile. It’s very pleasant around town and over speed bumps. It is surprisingly competent when pushed too, and does manage to support swift directional changes when the going gets twisty, with little to zero body roll.

We were genuinely inspired by how well it all handles. It’s kind of like a dingy boat, but not in the way you might think. It’s hard to explain but it all turns as one. Point the steering wheel, at speed, and the chassis is there with you; there’s no afterthought or weight shift from the body like there sometimes is in the six-cylinder models.

Again, this is likely to be all down to that new weight distribution. With a little more weight over the front end compared with the back, at rest (54:46), once under power, it’s pretty much neutral, whereas in the six (56:44) is a little too front heavy. Ford has done a great job of capitalising on the lower weight of the EcoBoost engine. 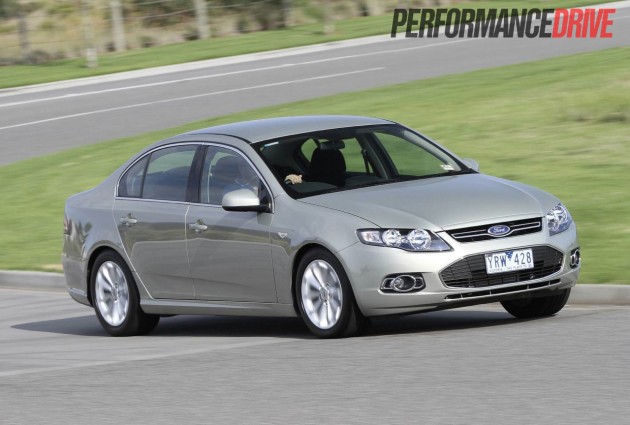 So how does it perform? We timed a series of 0-100km/h runs. The best we could manage was 7.08 seconds. This is quite good for a family sedan, and, in the real world, on par with the six-cylinder brother.

The biggest disappointment for us in regards to the all-new powertrain is the engine note. It kind of reminds us of when you start out playing one of those Gran Turismo Playstation games, and you have to buy a Mazda Demio because you have no credit. The engine note is simply an engine note. There’s little throatiness, or even any hint of bass, or burble and pop.

As for fuel economy – the whole reason for its existence – we averaged around 9.4L/100km (official ADR 8.5L/100km). This was under real-world driving conditions, including a few flat-throttled acceleration stints. You could easily achieve around 700km from a tank in general day-to-day circumstances. 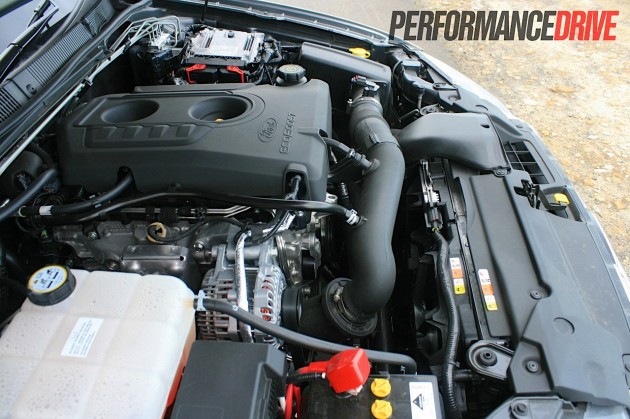 We can’t help but wonder why Ford didn’t go a bit further with the whole eco thing. Why not introduce stop-start, fit low rolling resistance tyres, and give the exterior a smooth over with an aero comb? If you’re going to do it, you might as well do it properly?

Obviously, adding even more engineering to the costs is probably not something Ford is looking to do at this stage.

Speaking of engineering, we wonder about the tuning potential of the new engine. Being turbocharged, there’s likely plenty of performance that could be had simply by getting an ECU tune and the boost increased. It will be interesting to see what the enthusiasts, and the workshops, can come up with in due course. 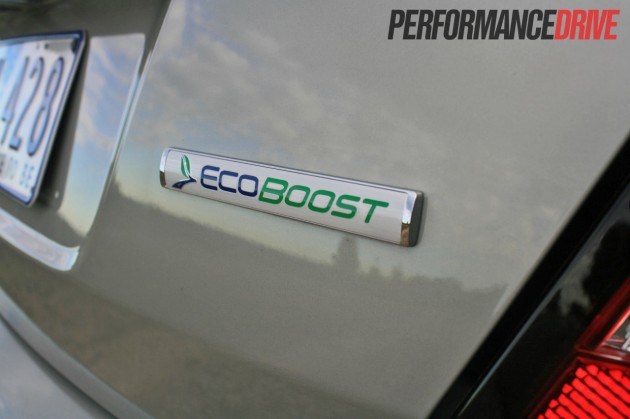 Overall, the best change about the new Falcon with the new engine we feel is the handling. The resultant weight distribution shift has really improved the Falcon’s overall balance, and is thus a more engaging drive than the six. As as bonus, the improved fuel economy means you can enjoy driving it for longer between refills. 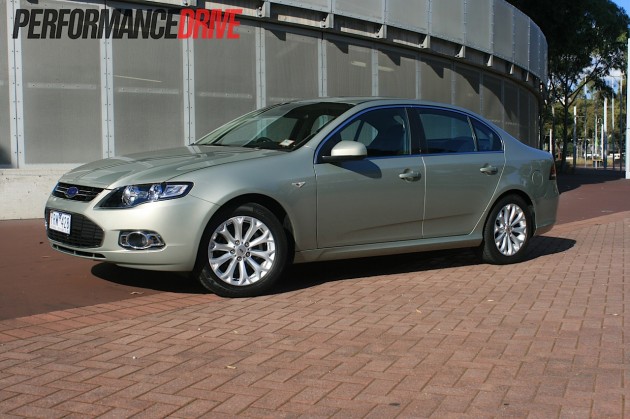