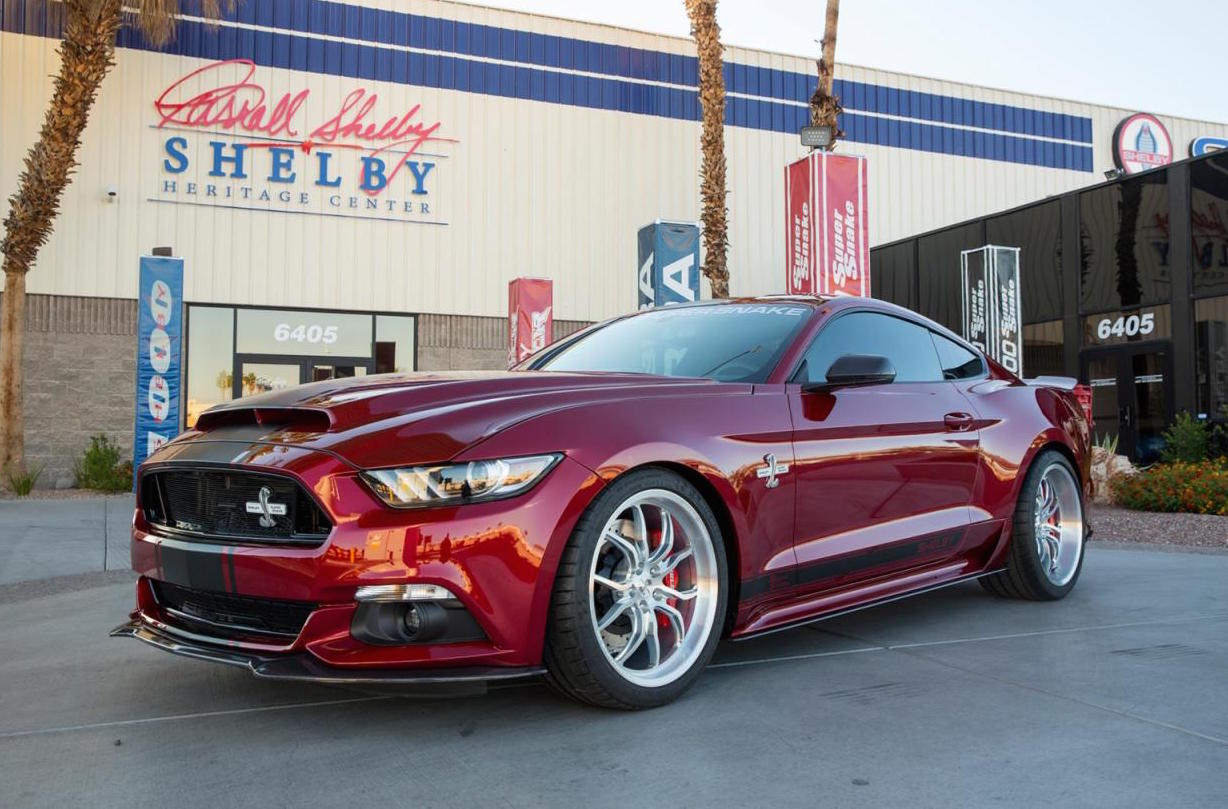 If you’re after a super-powerful muscle car, read on. This is the new 2015 Shelby Mustang Super Snake, also known as one of the most powerful turnkey-ready Mustang packages on the market. 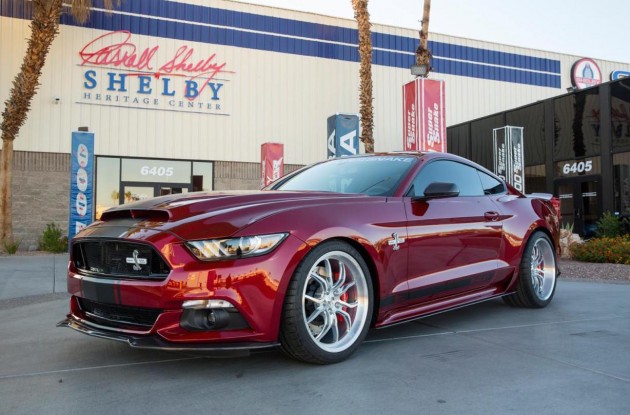 The new model is based on the regular Mustang GT, only under the bonnet the 5.0-litre V8 has been modified and comes with a Ford Performance supercharger setup that lifts power to a monstrous 484kW. If that won’t suffice, there’s an optional Whipple supercharger that takes power to 560kW.

It’s not all about power though. The Super Snake has been modified in other areas to help maximise all that grunt. At the rear is a Ford Performance differential with special half shafts, and3.73:1 gearing.

In terms of styling enhancements, the 2015 Super Snake comes with a full carbon fibre aero package consisting of a large front spoiler, a chunkier rear diffuser, and a carbon bonnet. A pair of carbon side mirrors and a black anodised grille completes the look.

Passengers are treated to a mild interior makeover too, with special floor mats, sill plates, and a three-gauge cluster for the dash, and plenty of Shelby branding. The driver also gets a short-throw gear shifter to support sporty driving. 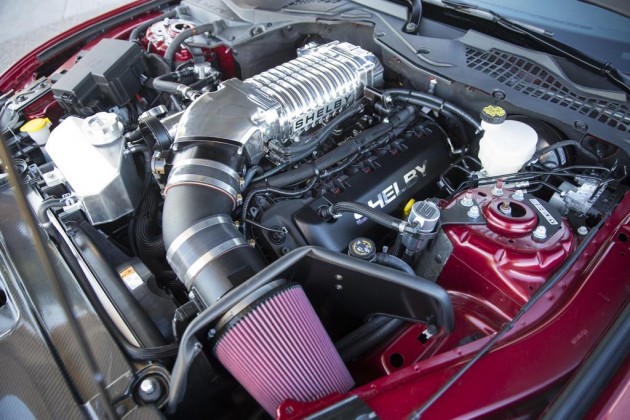 Shelby America is planning to make just 300 examples of the new beast, with prices starting at $49,995. The price doesn’t include the initial cost of the stock Mustang GT.