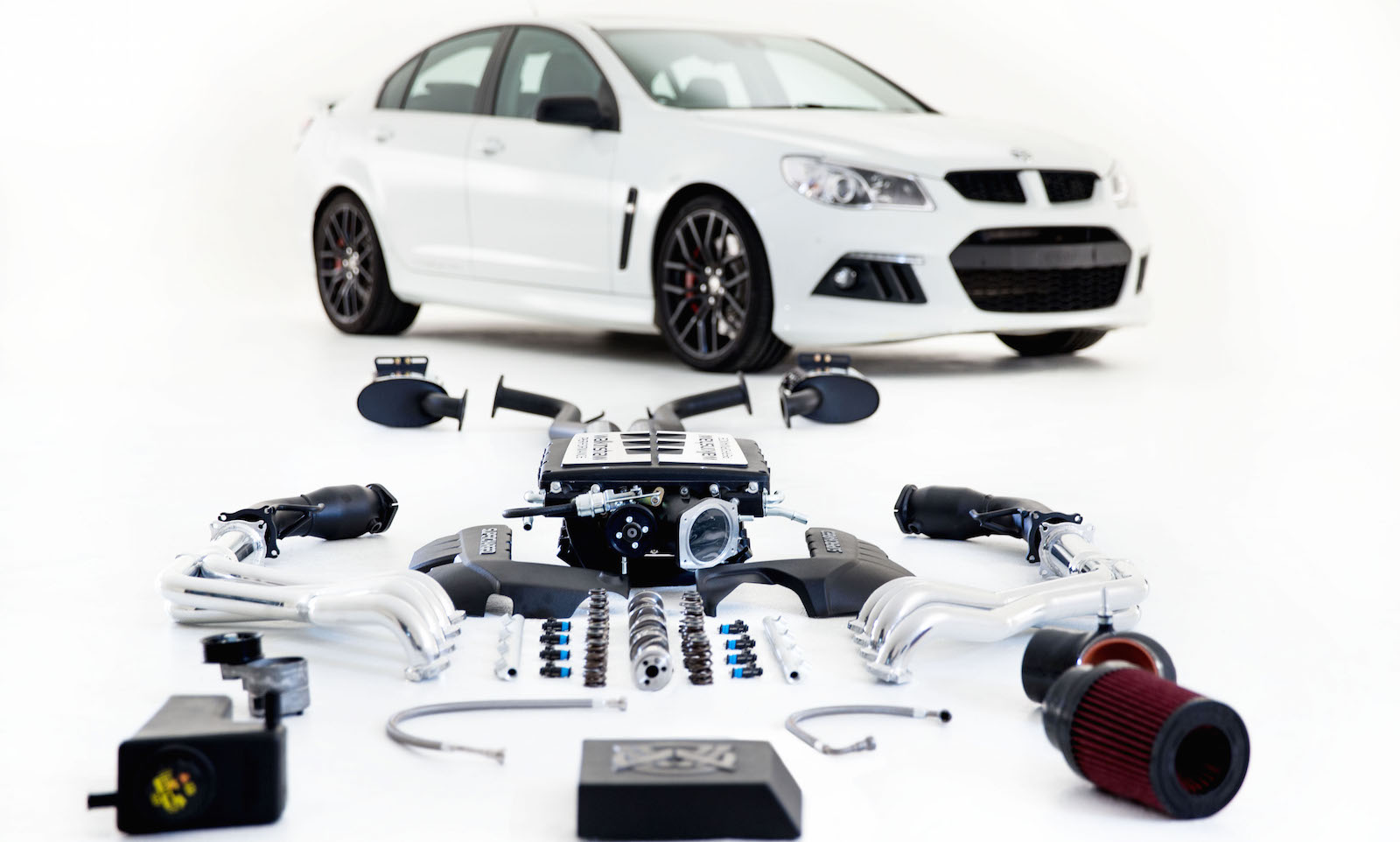 Holden fans will be excited to hear Walkinshaw Performance has just developed an extreme upgrade package for the 2016 VF II Commodore SS and some HSV models. 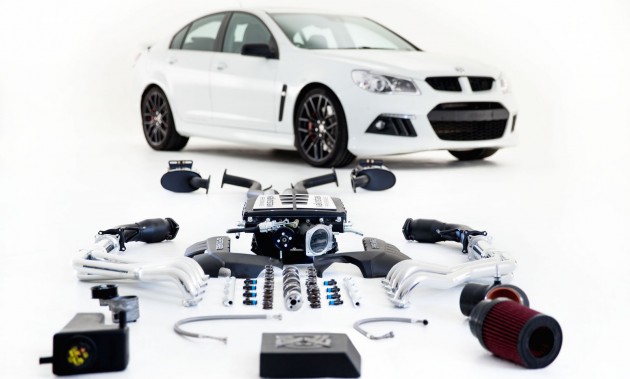 The company isn’t stuffing around with this one, not that it ever does stuff around. It has come up with the most powerful package in its history of tuning Commodore models.

Using the LS3 engine as a base, the team has designed a comprehensive supercharger kit including an Eaton 2300 roots-type blower, high-flow injectors to keep up, a water-to-air intercooler, and 12-inch intake runners for even more torque.

There’s also a new cam gear and WP-spec camshaft, uprated valve springs, and a full exhaust system with ceramic headers and active dual cat-back tailpipes. After the mods, the engine produces a mental 547kW and 880Nm. There’s no word on performance figures but we’d be guessing somewhere very near 10-second quarter mile times.

As a bonus, Walkinshaw is giving the first 50 customers some unique highlights. The supercharger is painted yellow, with yellow cast aluminium coil covers, while providing a special photo of the Walkinshaw Racing V8 Supercar signed by Lee Holdsworth.

Given that the VF II will be the last-ever locally-made Commodore, and could be the last Commodore in the traditional rear-drive layout that we all know, this W547 Walkinshaw package could remain the most potent ever.