Remember the very aggressive-looking Lexus LS TMG Edition that was spotted in a trackside garage a few days ago? Well, a video of it testing on the Nurburgring has just been posted up on YouTube. 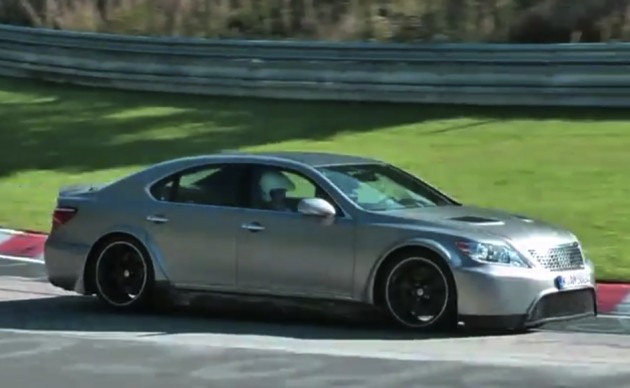 As far as we know, the Lexus TMG Edition is a special motorsport creation which could possibly spawn into a production car. Although, official announcements are yet to be made.

According to a tech sheet that was seen next to the Lexus LS TMG Edition, it features a 5.0-litre engine outputting 478kW of power and 710Nm of torque. The unit has redline of 9000rpm, and is capable of propelling the LS from 0-100km/h in 4.2 seconds.

From the video below, it definitely sounds like a V8, but we don’t hear that 9000rpm redline. The prototype is still undergoing testing however.

Click play on the Lexus LS TMG Edition video below for a taste. We’ll be sure to provide any updates and/or official word from Toyota in regards to this mystery car as soon as we can.