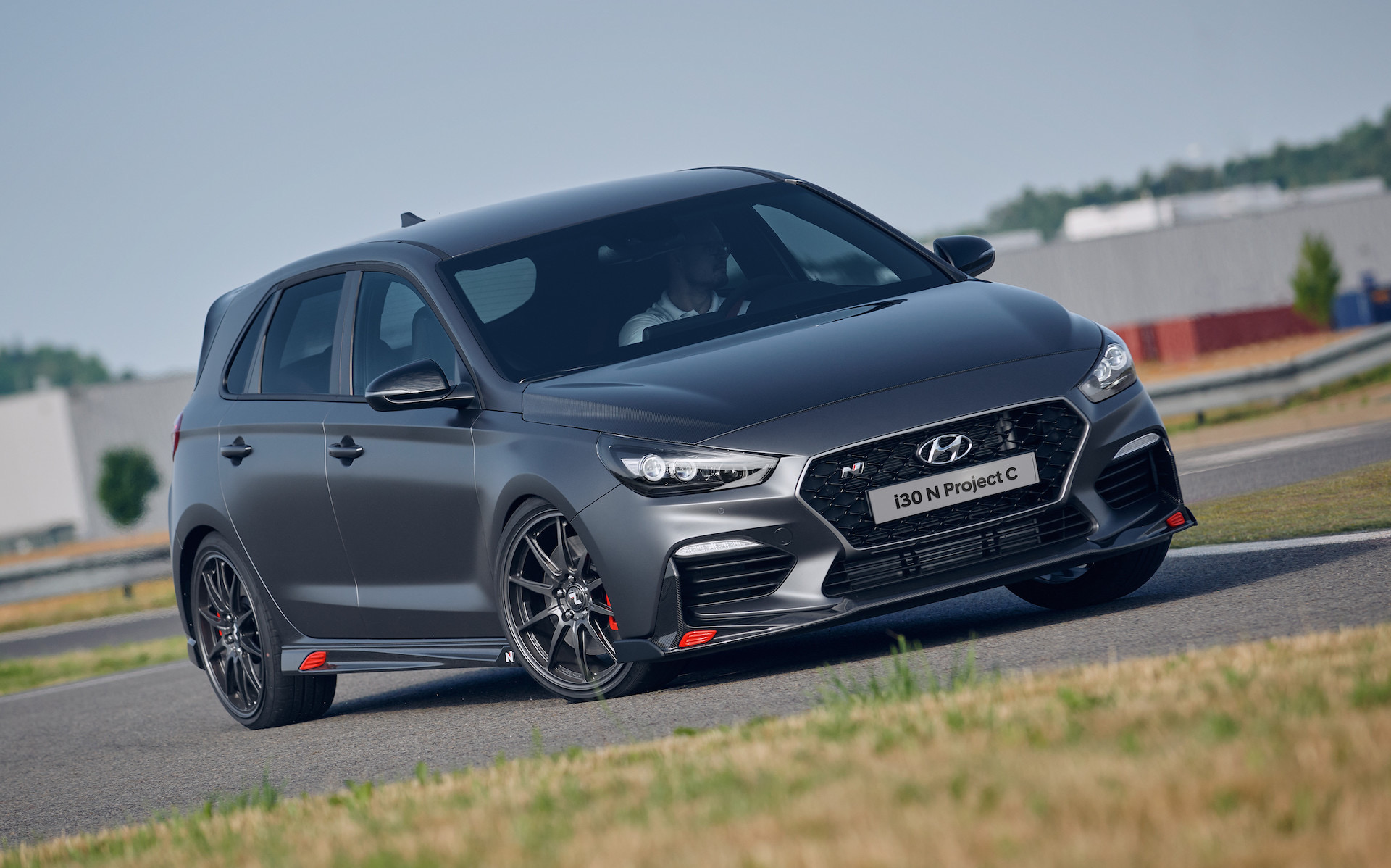 Hyundai has pulled the covers off its beaut new i30 N Project C hot hatch at the Frankfurt motor show. It’s lighter and more aggressive than the regular model, and unfortunately for us it is only going to be available in Europe. 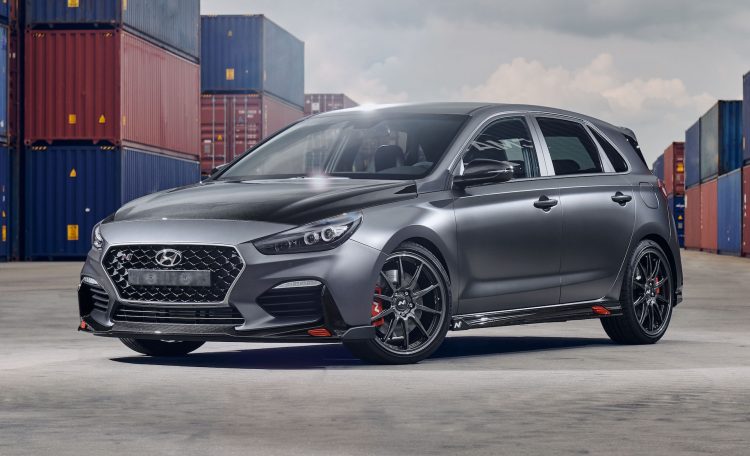 Previewed last month, Hyundai’s N division surprised us all with plans for a more hardcore version of its so far well-received new i30 N hot hatch. The Project C could be just the tip of the iceberg for things to come from the N performance sub-brand.

The Project C has been put together to showcase the full potential of the hot hatch. Firstly, what’s the C stand for? It’s actually three things; the Area C section of Hyundai’s Namyang test centre, as well as carbon fibre (a Hyundai first), and centre of gravity.

Thanks to the use of carbon fibre for the unique bodykit, including side skirts, further-extended rear diffuser, large rear wing, and the front splitter, the i30 N Project C is 50.004kg lighter than the regular model. There’s also a carbon bonnet. Despite the added aero treatment, the drag coefficient of 0.32 remains unchanged. 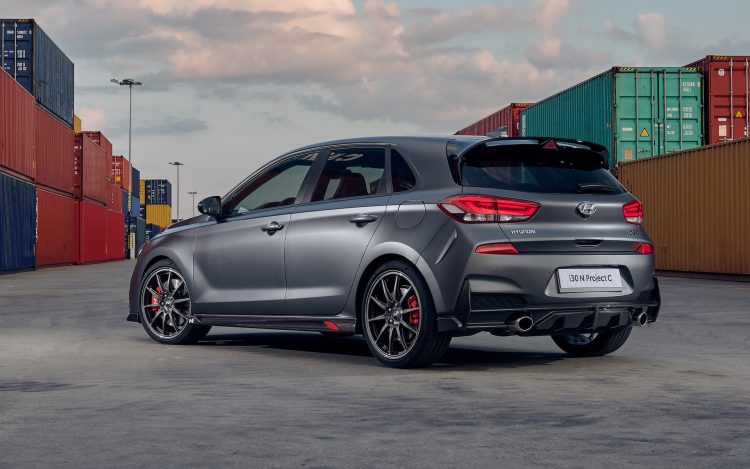 Engineers have also developed a new sports suspension setup which lowers the hatch by 8.8mm, helping to increased agility and response in the corners. A set of OZ Racing 19-inch forged alloy wheels help to reduce unsprung mass, and contribute to a 22kg weight saving.

Other highlights include some Sabelt bucket seats featuring carbon fibre backings, helping to shed 7.5kg each, as well as the rear suspension brace from the optional Performance Package, along with Alcantara trimmings for the cabin. Oh, and if you’re wondering, there are no changes under the bonnet. The high-output (standard for Australia) 2.0-litre turbo four-cylinder continues to produce 202kW.

Hyundai is planning to build just 600 examples of the i30 N Project C, with deliveries in Europe set to commence later this year. Fingers crossed something like this turns up on Australian soil some time. What do you think?