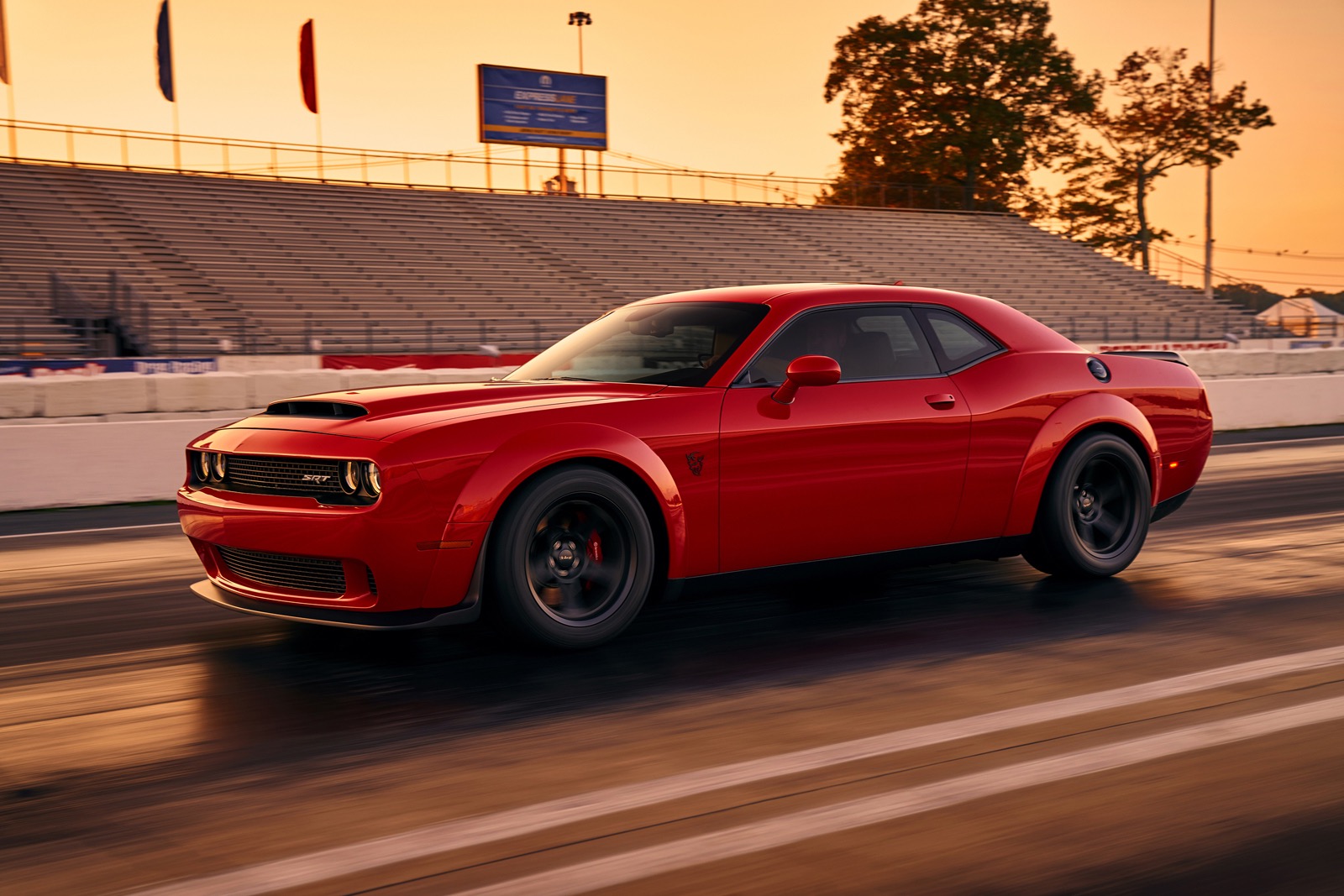 The first photo of the highly-anticipated Dodge Challenger SRT Demon has hit the web, showing a more muscular theme to the regular SRT Hellcat. 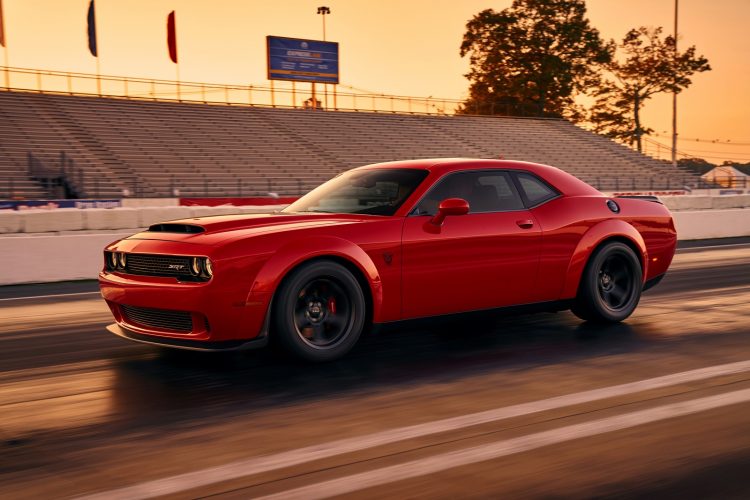 Dodge is refraining from spilling the full can of beans on the new model, and is instead waiting for its official public reveal at the New York auto show this week.

However, so far we know the car will use a 6.2-litre supercharged V8. The V8, derived from the one in the 527kW Hellcat, uses a unique torque reserve feature that allows the supercharger to ‘fill up’ and prepare for launch from a standstill.

There’s also a line-locking function, a TransBrake for immediate get-up-and-go off the line, and an anti-hop launch control technology. We have also learned the Demon will use drag-ready Nitto tyres measuring 315 on the back.

As for the design, this image shows the car will come with bolt-on-style wheel arch flares, along with discreet aero enhancements to help it cut through the air at speed while it’s running down the drag strip.

There’s also a unique front end with a big bonnet scoop sucking in air, along with a sharp lower front spoiler. A smattering of black highlights give it that fashionable sinister look, including the wheels, side mirrors, petrol cap, and Demon badge.

There’s details that suggest the car will be able to crack a 10-second quarter mile run from the factory. All will be revealed at the New York show though, which starts April 12.