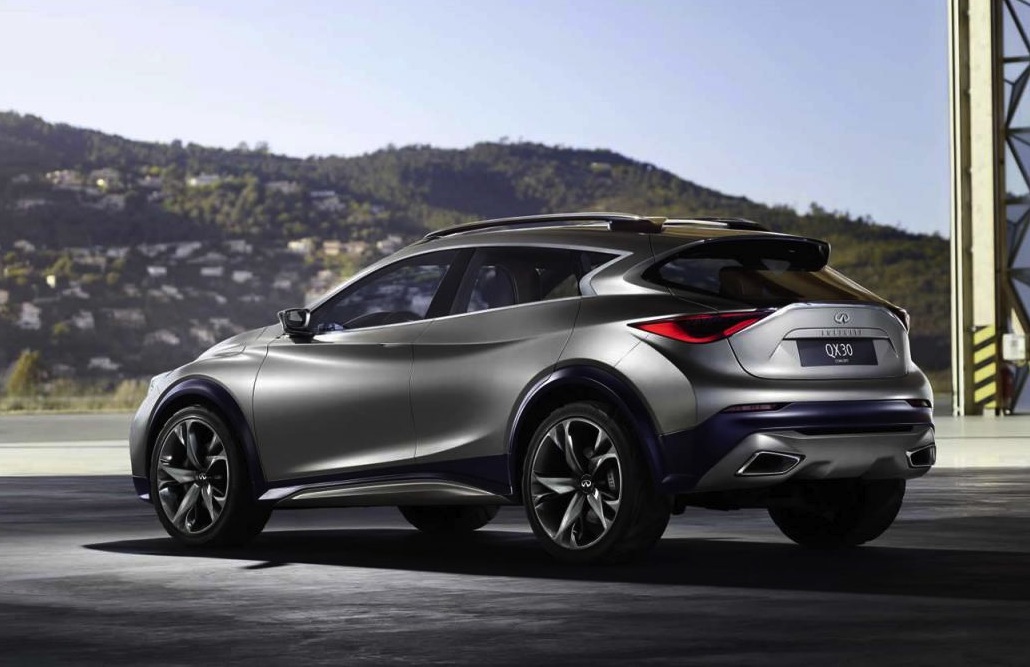 As a form of another preview, Infiniti has released the first image of the new QX30 concept small premium SUV. We get a good look at the new model’s rear end. 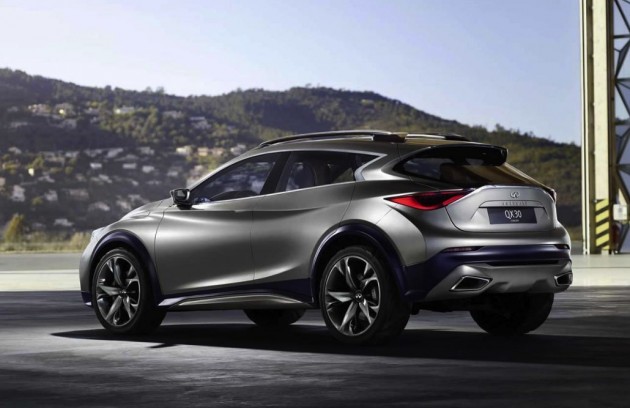 The QX30 will be Infiniti’s first step into the small premium SUV market segment, joining rivals such as the Audi Q3, BMW X1, Lexus NX, and Mercedes-Benz GLA-Class. Speaking of which, the QX30 is based on the same ‘MFA’ platform that underpins the Mercedes only features a completely unique body and interior.

Infiniti hasn’t revealed any specifics on the concept other than the fact it shows off a set of 21-inch alloy wheels, and that there is some carbon fibre present in the lower cladding and for the roof bar supports. Alfonso Albaisa, Infiniti executive design director, said,

“We wanted the spontaneous fluidity of the QX30 Concept design to cut through the urban clutter and rigidity, reflecting its go-anywhere and spur-of-the-moment nature. The QX30 Concept has been designed to make occupants feel safe and protected inside, and customers can drive in or out of the city without worrying about nicks to the chromework.”

Under the bonnet, the eventual production version that will spawn from this is expected to come with Mercedes’s 2.0-litre turbocharged petrol engine as seen in the GLA and the Infiniti Q50 sedan. It produces 155kW. A diesel unit is also likely, as well as possibly a high-output variant further down the track.

All will be revealed at the 2015 Geneva Motor Show which starts on March 3. Stay tuned for plenty of updates.