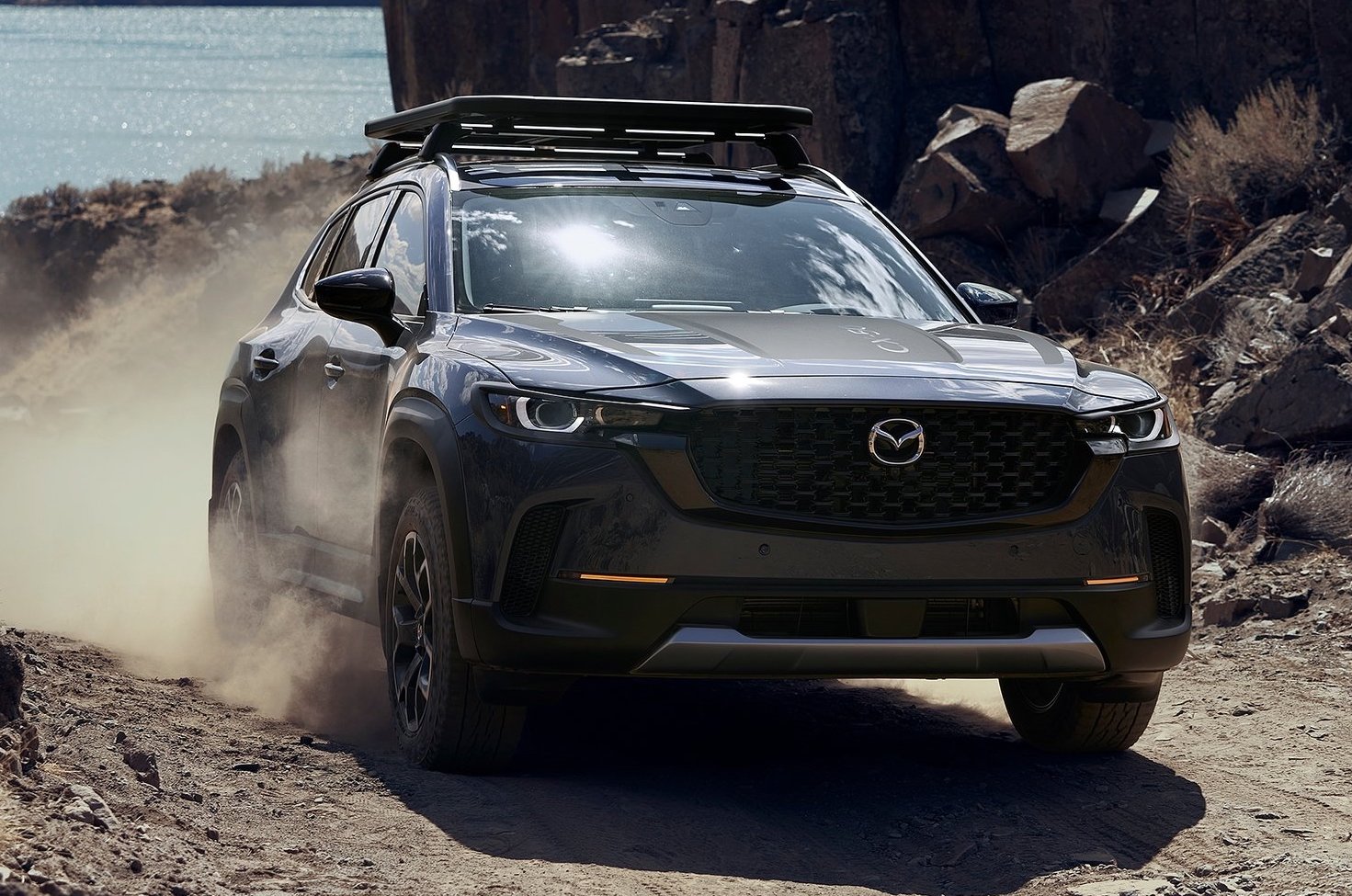 Remember all those SUVs Mazda confirmed to be in the pipeline? Well, here’s the first to arrive. The CX-50, which is set for the North American market only. 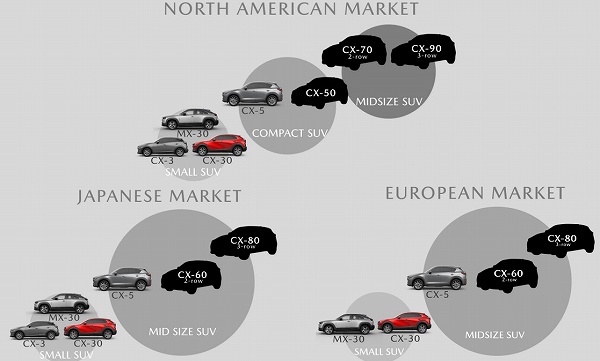 The CX-50 seems to borrow a bit of its design theme from the MX-30, but blends the company’s Kodo styling language with a layer of rugged adventure. Muscular wheel arches give it a strong stance on the road, with silver under-panels for that tough off-road look.

Power will initially come from either the long-running 2.5-litre petrol four-cylinder, or the 2.5-litre turbo-petrol four-cylinder as seen in other models. Power outputs haven’t been confirmed. In Australia these motors produce 139kW and 170kW, respectively. Mazda has confirmed electrified variants will also join the lineup in the future, including a traditional hybrid. 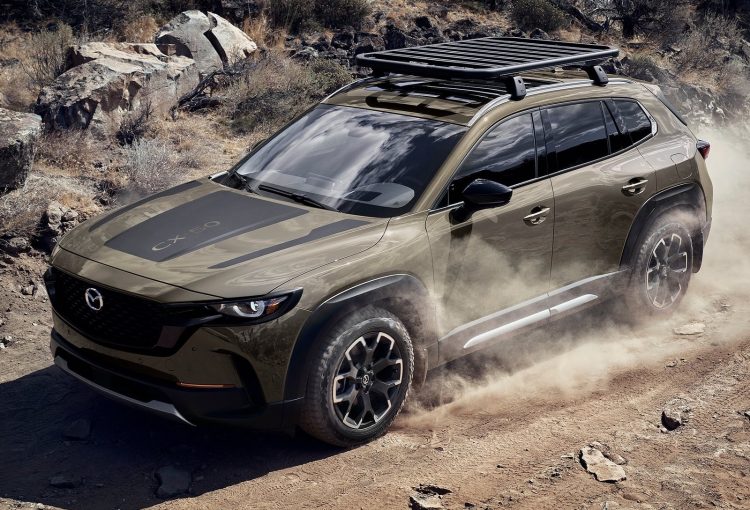 Power is channelled through the company’s good-old six-speed auto, feeding into its latest i-Activ all-wheel drive system as standard. Drivers then have the new Intelligent Drive Select or Mi-Drive toggle to go through, providing different modes and characteristics.

Inside, Mazda calls it a driver-focused layout, with details and materials inspired by technical, modern outdoor gear, the company says. There’s also a panoramic sunroof, apparently a first for Mazda, and a horizontal and uncluttered theme not too dissimilar to the MX-30 as well. 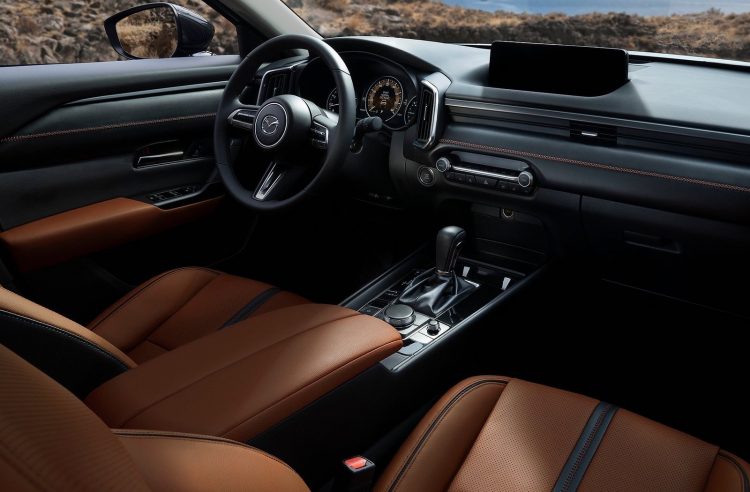 “This new Mazda vehicle has been developed for North America, particularly to support the active and outdoor lifestyles of customers in this region. The CX-50 encourages people to immerse themselves in nature without compromising on the premium design and outstanding on-road performance Mazda is known for.”

The new model will be the first to be produced at the Mazda Toyota Manufacturing (MTM) facility in Huntsville, Alabama, starting from January.