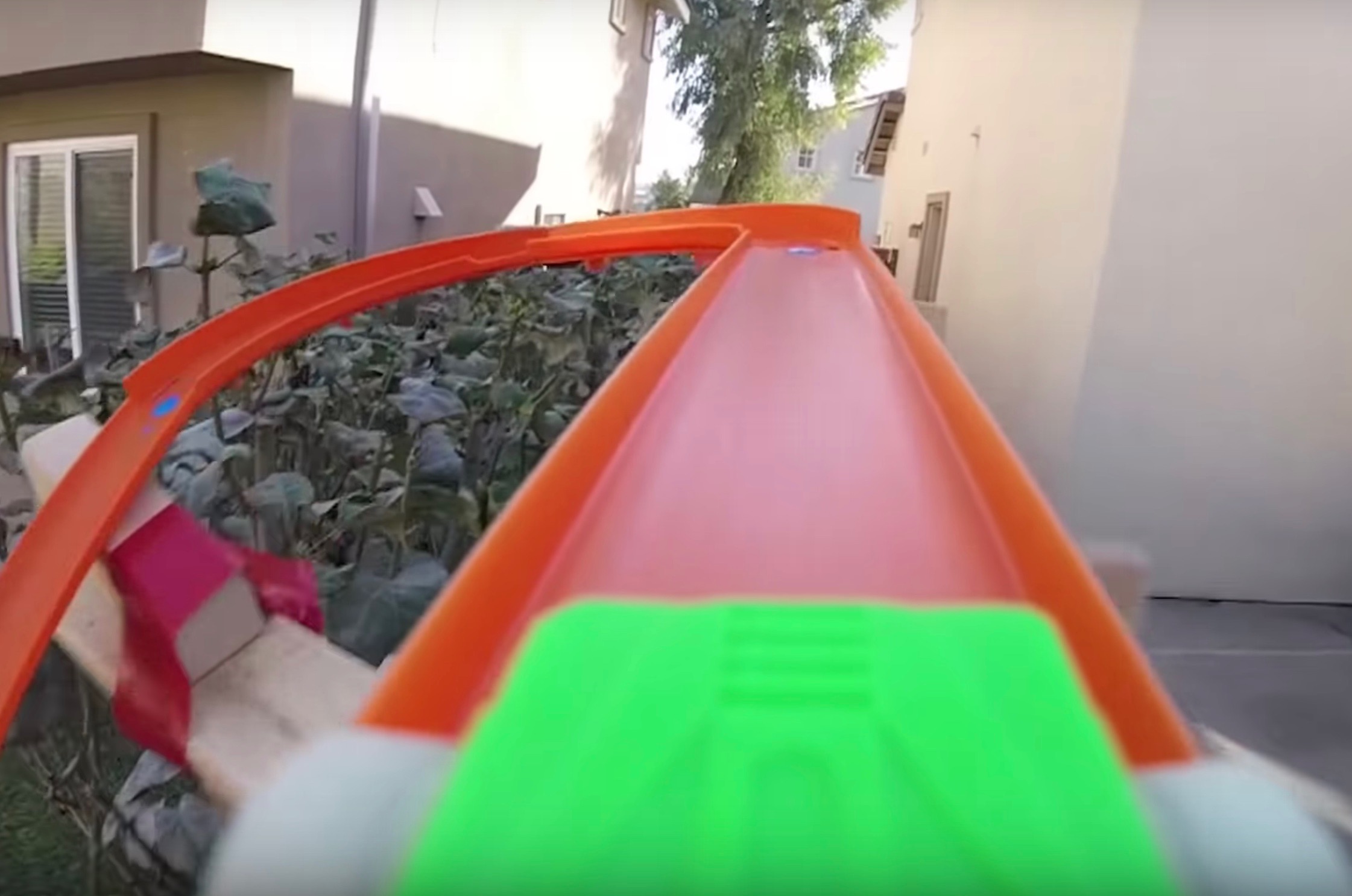 Christmas is over for another year, which is a bit sad, but now is when we all get to play with our toys. Remember the Hot Wheels car tracks? An avid enthusiast has just made the mother of all tracks and put together a video for us to enjoy.

According to the video description the track is 43 metres long and it takes the car 25 seconds to complete. At 1:64 scale this equates to an average speed equivalent to 393km/h. You can imagine the sort of g-force the car would endure.

As a bonus, the creator has also made a custom 3D printed car, built by Raptor House Effects, fitted with a GoPro camera. The camera car gives us a direct view of the journey and gives us an idea of the disorienting speed. Check it out below.