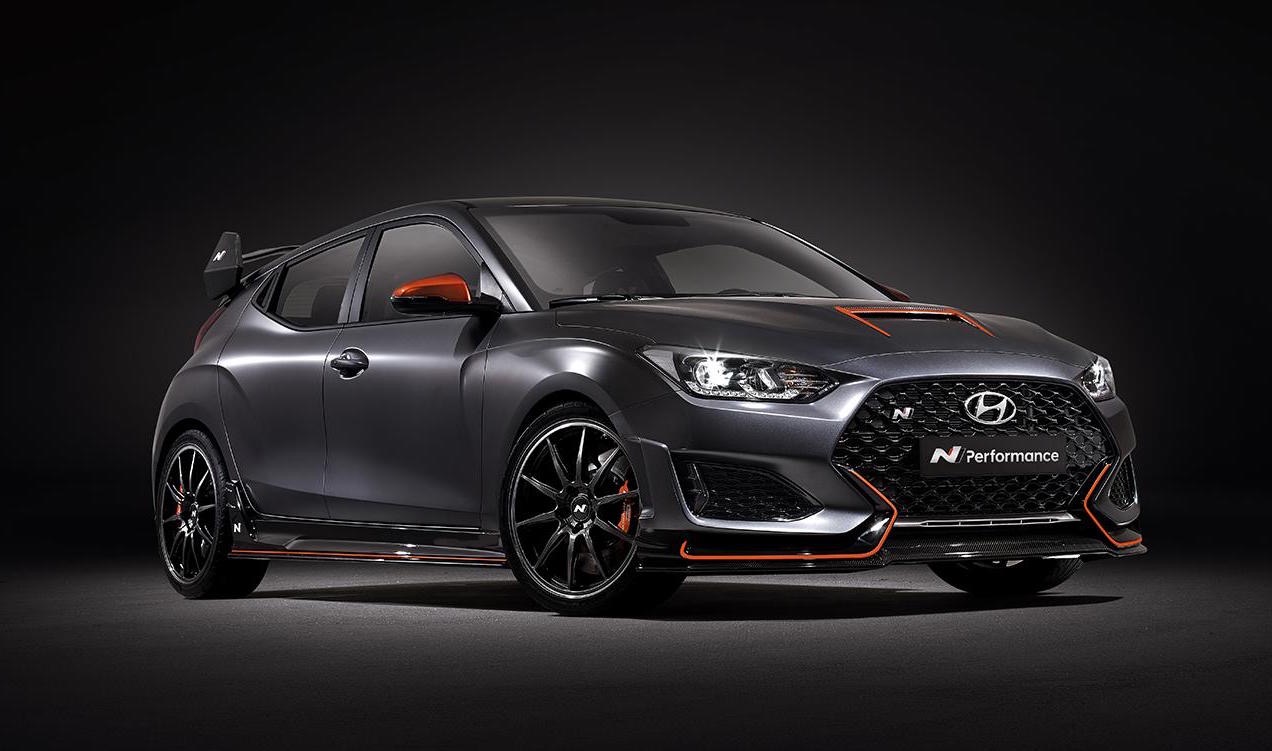 Hyundai’s American customisation team have prepared a custom Veloster N Performance concept for the 2019 SEMA show, showing off the tuning and upgrade potential of the new pocket rocket. Some of the parts could soon become available on the aftermarket scene. 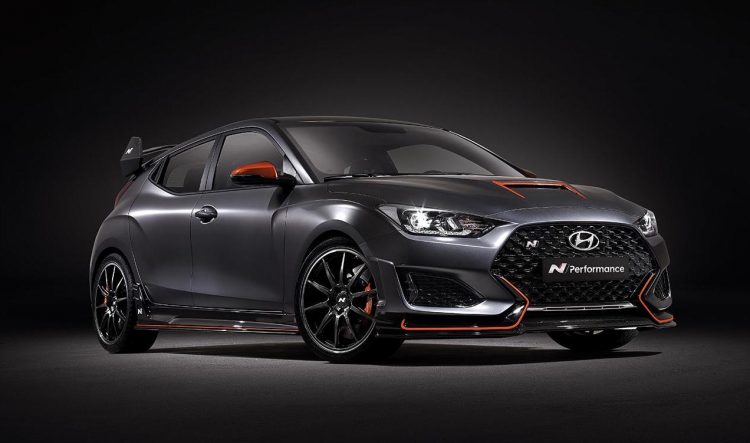 The Veloster N, based on the new Veloster, is unfortunately not available in Australia. However, it is very similar to the i30 N hatchback, only a bit lighter and a bit sportier. For the special concept Hyundai has fit a whole bunch of cool aftermarket-style goodies, all aimed at enhancing the handling and track performance, as well as the visual wow factor.

Starting with the hardware underneath, the team has fit Extreme Racing coilover suspension with H&R springs, Daewon Steel stabiliser bars front and rear, with a WIF chassis brace for the front, centre and rear to increase rigidity. There’s also an aluminium caliper bracket added on.

Braking performance is enhanced with a set of Alcon forged six-piston calipers on the front and four-piston on the rear, with 380mm front discs and 360mm discs on the rear. Both handling and braking performance are further improved thanks to a set of OZ Racing forged wheels wearing Pirelli P-Zero Corsa 235/35 tyres. 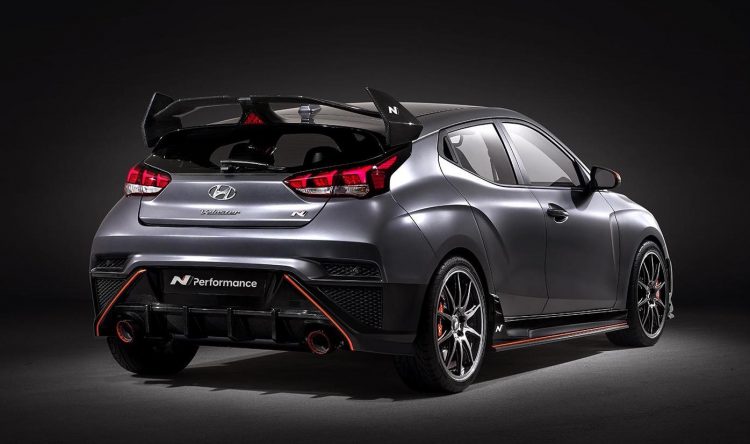 As for the cosmetic stuff, the performance concept features a KWA bodykit with a custom bonnet, grilles, fog light clusters and front spoiler, side skirts, and rear diffuser and skirting. There’s also a big rear wing from KWA, mounted on three struts like a supercar. Some custom side mirror caps, along with a Capristo cat-back exhaust with anodised tips complete the look.

Not leaving the interior without upgrade, the concept features Alcantara trimmings for the gear lever and handbrake boot, steering wheel bezel, headliner, and instrument cluster cowl. The soft material is also used to decorate various parts of the door trim and dash. Some Alcantara Sabelt carbon sports seats are featured in the front, and there’s N-branded sill plates and a red start button.

The Hyundai Veloster N Performance concept will be on display at the big SEMA event, taking place in Las Vegas from November 6-8.