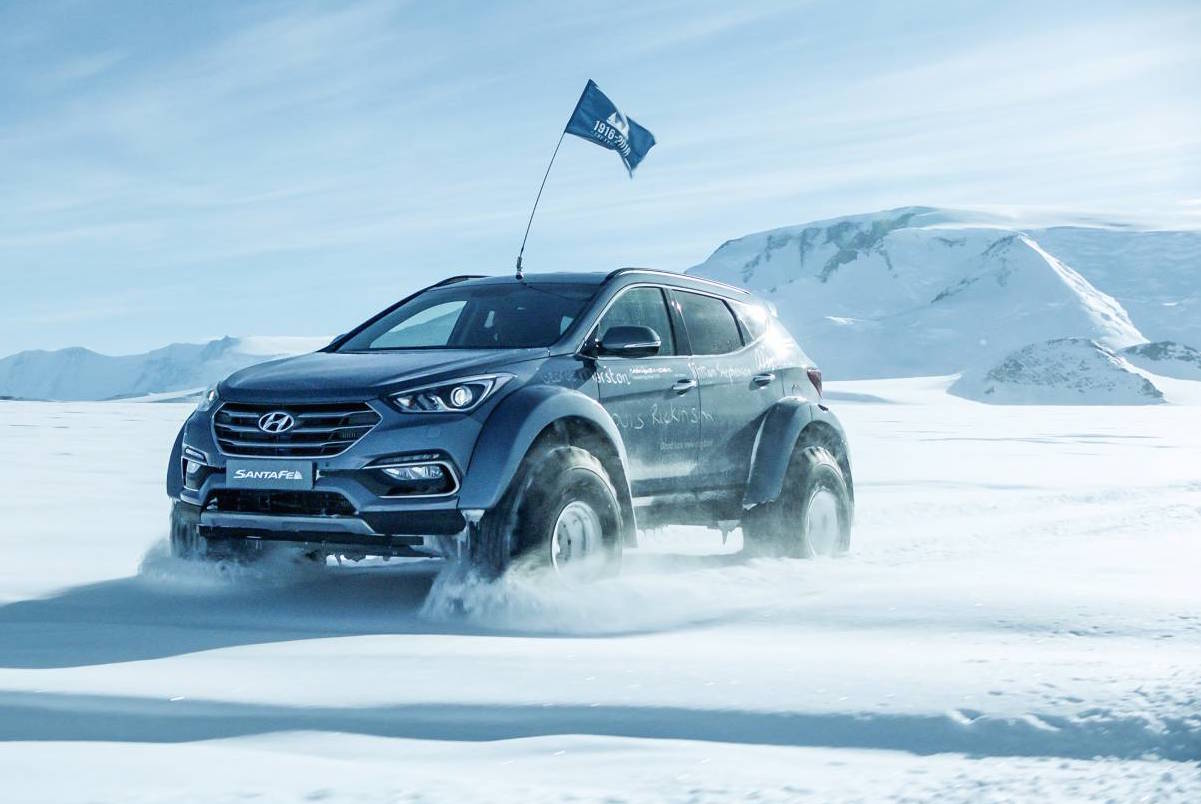 A Hyundai Santa Fe has completed a 30-day trip across Antarctica, with minimal modifications and a standard diesel engine. 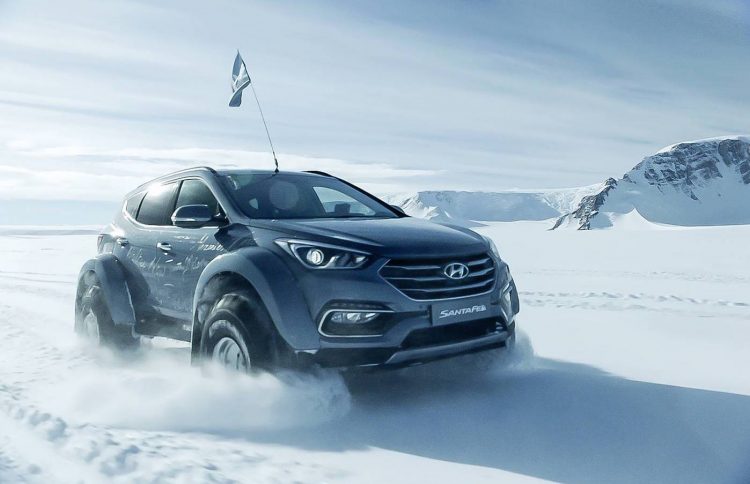 Driving the vehicle was the great grandson of Sir Ernest Shackleton, who was one of the first explorers of the frozen continent very early in the 20th century. His descendant, Patrick Bergel, covered 5800km over that period of time, with many treacherous obstacles.

These included floating ice caps and paths that have never bore the weight of a fully-laden vehicle before, not to mention temperatures of minus 28 degrees Celsius. Bergel spoke of the journey:

“The journey was incredible and the car was a pleasure to drive. Sometimes it felt less like driving and more like sailing across the snow. It was a proper expedition with a challenge to accomplish that nobody else had done before. It was about endurance not speed – we only averaged only 27km/h – and success was about how we and the car handled it. I’m very reluctant to make direct comparisons between what my great grandfather did and what we’ve done recently. But it is quite something to have been the first to do this in a wheeled vehicle.”

Another cool thing about the car is that it runs on A1 jet fuel, as this was the only source available in Antarctica. A larger fuel tank and engine pre-heater also help things along, but how about those tyres?