An exciting video has just been uploaded onto YouTube showing a new BMW 1 Series M Coupe chasing around an E46 BMW M3 CSL on a lap of the Nurburgring. According to the video uploader, the 1 M Coupe is completely standard while the CSL is a track car with a roll cage, uprated brakes and lighter weight exhaust. 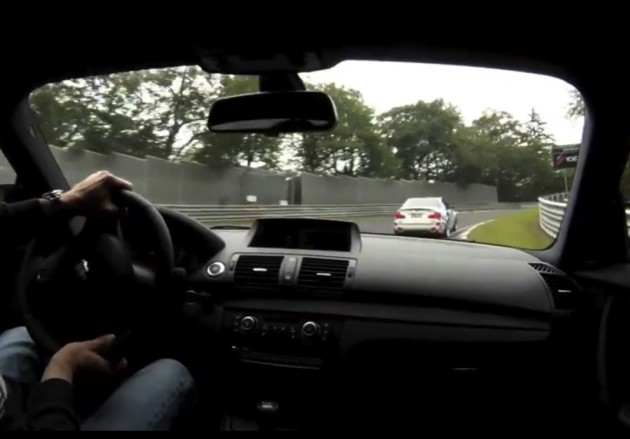 With the BMW 1 M Coupe only just being released onto some international markets, it is good to see enthusiasts are already prepared to test the punchy coupe to the limit. By the looks of this video alone, the 1 Series M Coupe has no trouble keeping up with the E46 M3 CSL.

The BMW 1 Series M Coupe will launch in Australia at the very end of this month. Just 200 examples have been asked for, with prices starting at $99,900.